Fans have solved The Batman riddle featured in the trailer on the card that was left by the Riddler: “What does a liar do when he’s dead?”

The scene takes place near the start of the trailer with Jeffrey Wright’s Gordon and Robert Pattinson’s Batman investigating a murder scene of what looks to be someone connected to the mayor of Gotham City.

“Haven’t a clue. Let’s play a game. Just me and you,” reads Gordon from the card as he asks Pattinson’s Batman, “Does this mean anything to you?”

While Batman didn’t solve the riddle in the trailer, various Reddit sleuths have and offer the answer:

What that exactly all means is for Batman to solve.

What is also interesting is that it seems the card may be a Halloween card judging by the skeleton on the cover as I’ve been told Matt Reeves has in part adapted the DC Comics story, Batman “The Long Halloween.”

The Riddler clue starts around the 43-second mark.

What does a liar do when he’s dead? He lies still. 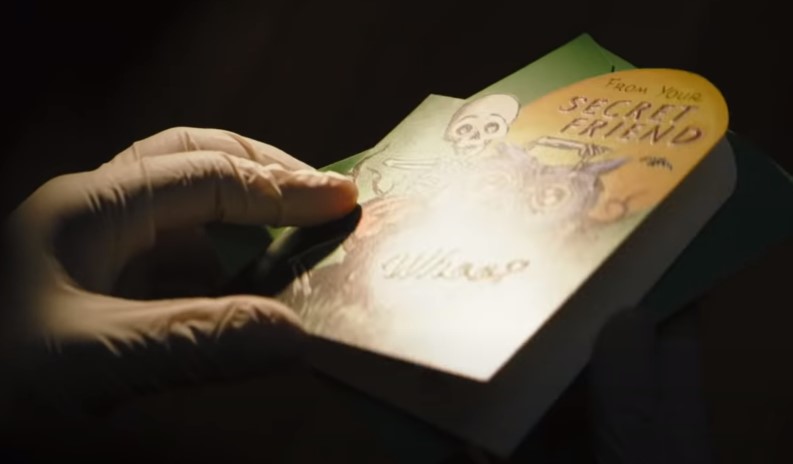 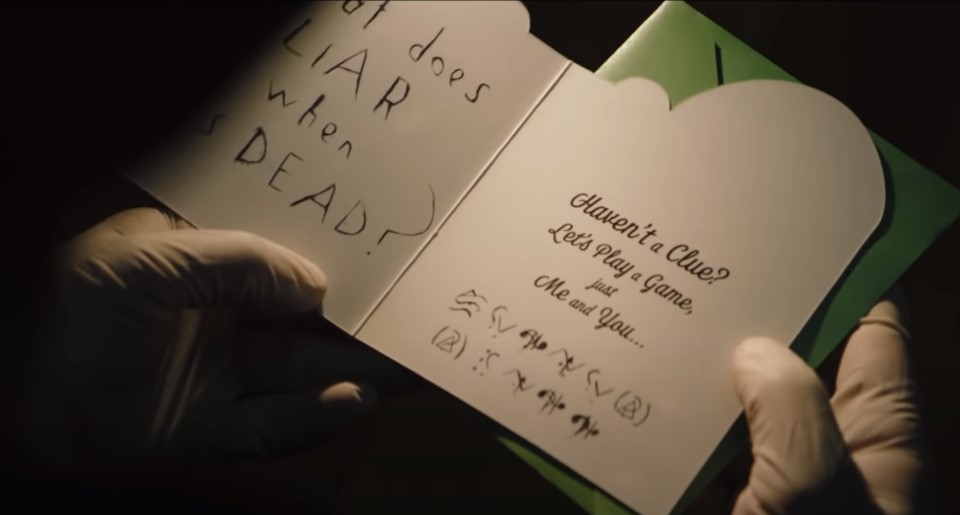 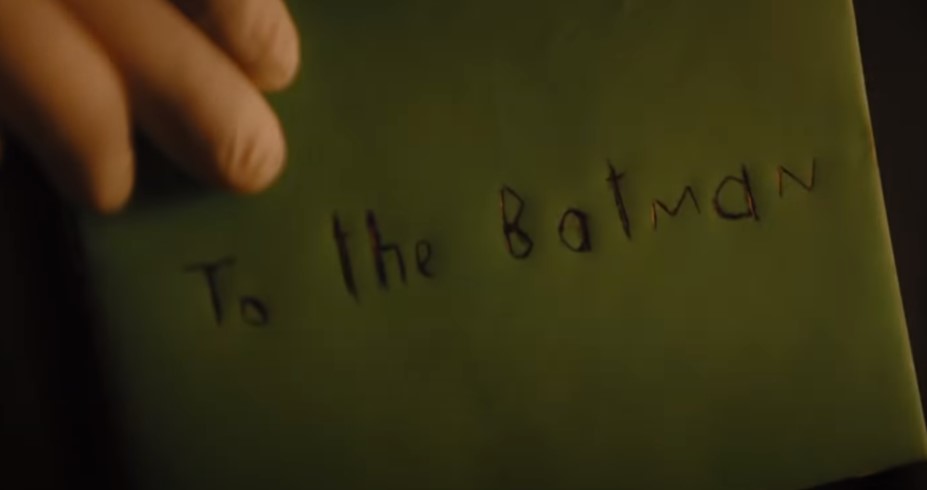 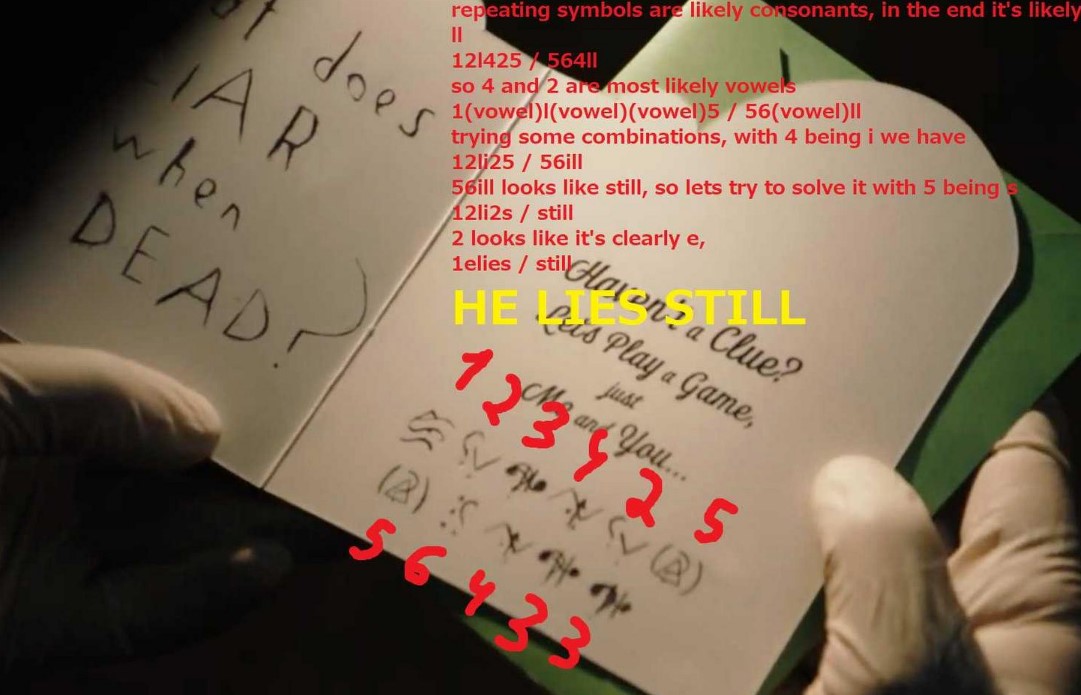