More villains for The Batman are teased as new set photos hint at new bad guys in the film in addition to Catwoman, Penguin, Riddler, and Carmine Falcone.

DC insiders actually filled me in that The Batman will feature lots of villains - even more than six - with the latest set photos offering Mr. Freeze and Anarky could somehow be a part of the flick. 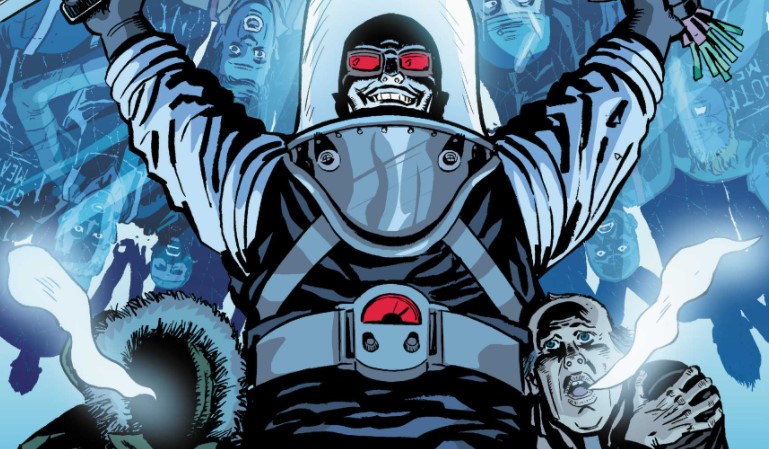 Mr. Freeze in The Batman

Regarding Mr. Freeze, GothCorp has been spotted on posters throughout Gotham City as well as labeled on a building:

GothCorp is the name of the company that Dr Victor Fries worked on before the accident that turned him into Mr Freeze.

In DC lore, Dr. Victor Fries works at GothGorp before becoming Mr. Freeze as he creates a freeze ray in an attempt to save his wife's life by putting her into suspended animation as she is dying of a fatal illness. The boss of GothGorp ends up telling the mob about the freeze ray which sees the GothGorp boss interrupt the experiment with the result that Fries' wife dies and Fries gets exposed to the chemicals where he becomes Mr. Freeze and swears revenge against everyone involved.

Having a cold heart doesn't mean you're incapable of feeling love. Just ask Victor Fries. His is a sad tale of loss, obsession and villainy.

An expert in the field of cryogenics, Victor led a relatively normal existence. He worked diligently, but also fell in love with and eventually married a woman named Nora. Sadly, things took an unfortunate turn soon after. Nora became terminally ill, and to stop her degenerative disease from taking her life, Victor put her into suspended animation. His devotion to Nora led to his downfall.

The corporation funding Victor's work shut down his experiments and, in the process, caused a horrible accident, errantly releasing coolants in his lab that did irreparable harm to Victor's body’s chemistry. Transforming the former Dr. Fries into an ice-colored monstrosity, the coolants made it impossible for him to survive above freezing temperatures. To counteract this, Victor constructed a special, ultra-durable suit to keep his body alive and at the right temperature. He embraced his new persona and became Mr. Freeze.

Mr. Freeze is on a constant quest to bring back his beloved Nora, and he'll do whatever it takes to succeed. He wields a freeze gun and uses ice and cold to wreak havoc—mostly in Gotham and against Batman, but he'll turn his chill upon anyone standing in his way. 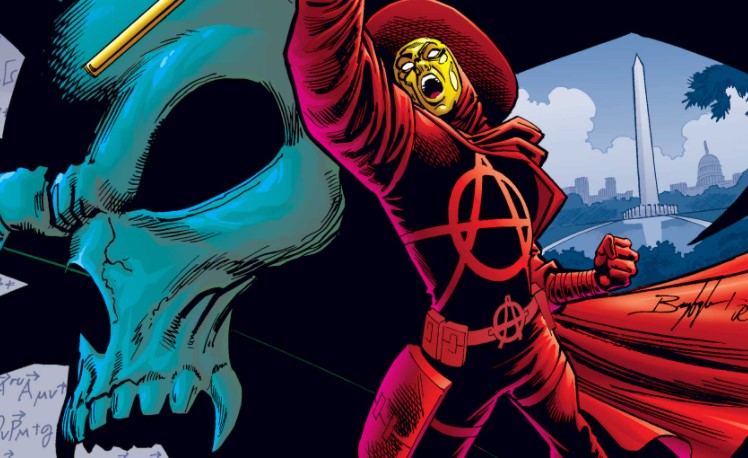 Anarky in The Batman

Similar to hints at Mr. Freeze, The Batman set photos also reveal Anarky posters scattered throughout Gotham City (note: probably not The Flash symbol but a part of Anarky's poster):

Wait — is the THE FLASH logo on the Chicago set of THE BATMAN?! pic.twitter.com/p2pRpBv6kn

In the comics, Anarky is introduced as Lonnie Machin, a child prodigy with knowledge of radical philosophy and driven to overthrow governments to improve social conditions.

Many teens undergo an anti-establishment phase. They fight against authority, rejecting the government and any type of oversight. They demand equality and oppose corruption. Sometimes though, it's more than just standing against the establishment. Sometimes, in order to combat corruption, it’s better to abolish the establishment completely and let anarchy reign.

Highly intelligent and deeply philosophical, Lonnie Machin developed a strong ethical and apolitical code. Looking at the world around him, he saw corruption, social oppression and the suffering of everyday people—and saw the government doing nothing about it. Taking a cue from the Dark Knight, Machin studied martial arts and put his engineering abilities and knowledge of computer technology to use to become a vigilante himself: Anarky. Although he thinks of himself as a hero like Batman and believes anarchy would help the people help themselves, Batman views Anarky's methods and actions as childish and violent, and considers Anarky a public threat, plain and simple.

Anarky uses his abilities to bring down any corporation or authoritative entity that he feels hurts and oppresses people. While he can throw a punch as well as anyone, he relies primarily on his thorough understanding of modern technology to defeat his foes along with the very essence of anarchy itself—surprise.

The Batman has a March 4, 2022 release date directed by Matt Reeves and stars Robert Pattinson.