Brand-new animated action-adventure comedy series aimed at preschoolers starring some of the most famous vehicles to ever put the pedal to the metal.

Warner Bros. Animation has revealed the Legion of Zoom, the villains, art, and a new poster for the upcoming Batman Batwheels animated series coming to Cartoon Network and the HBO Max streaming service.

Batwheels is a brand-new animated action-adventure comedy series aimed at preschoolers starring some of the most famous vehicles to ever put the pedal to the metal. True to its title, the series turns its focus to the many vehicles that aid the Bat-Family in their fight against crime. The Batwheels are a team of sentient super-powered crimefighting vehicles that help Batman, Robin and Batgirl—as well as a host of additional DC Super Heroes—keep Gotham City safe. Created only recently by the Batcomputer, our mechanized heroes are essentially kids with little to no life experience—in other words, young heroes who are not unlike the preschool audience Batwheels is designed for.

Led by Bam (The Batmobile), the Batwheels also consist of Bibi (The Batgirl Cycle), Red (The Redbird), Jett (The Batwing) and Buff (The Bat Truck). The fledgling team must navigate the growing pains of being a newly formed super-team as well as the growing pains that come with just being a kid. Batwheels promises to be a relatable and aspirational series that will follow the journey of this unique new team as they thrill and entertain with their heroic adventures while demonstrating to kids the value of self-confidence, friendship and teamwork.

While there have been many iterations of the Batmobile over the years, Batwheels is the first show to make it sentient, promising a unique take on one of Batman’s coolest toys. That it also features other fan-favorite vehicles, like the Redbird and Batwing, just makes the whole thing more fun, and uniquely suited to the young audience Batwheels is aimed at.

The show is coming this Fall.

Hop in for BATWHEELS, our NEW show for the whole family with Bam the Batmobile and all of his flying and driving friends! --️ ---- Zooming this fall to @CartoonitoCN on @cartoonnetwork and @hbomax! #Batwheels #Cartoonito #HBOMax #DC #DCSuperHeroes #batmobile #batman #gotham pic.twitter.com/ScMaN1Tt41 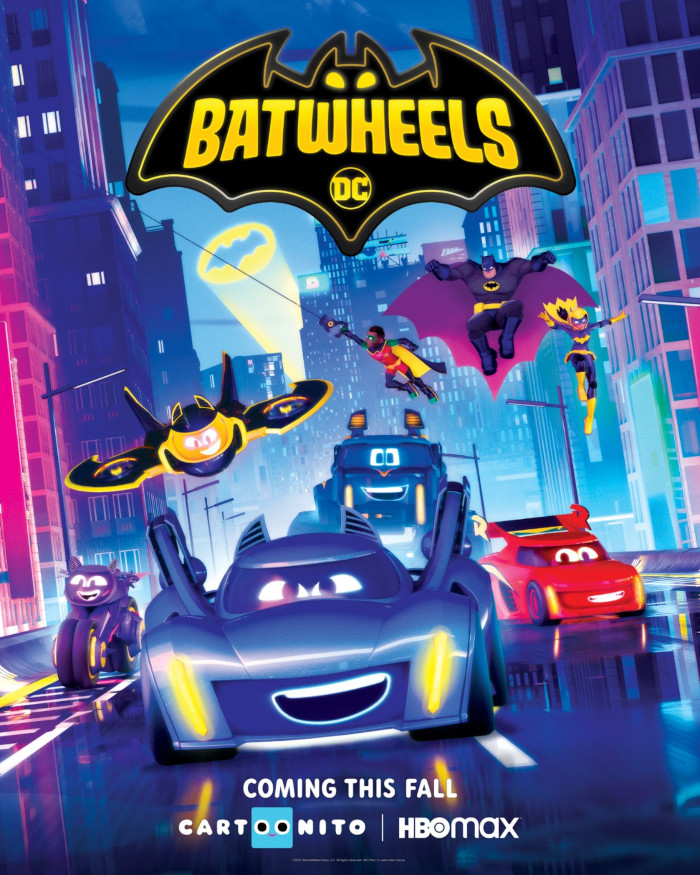