Whatcha going to do when Ant-Man 3 "Quantumania" runs wild all over you, brother?

Thursday at the Disney Investor Day presentation, among all the Marvel announcements, Kevin Feige announced the cast and title of Ant-Man 3, which is titled "Quantumania," a reference to the Quantum Realm that enables time travel and all sorts of strange things within the MCU.

Regarding the cast, Feige announced the return of Paul Rudd, Evangeline Lilly, Michelle Pfeiffer, and Michael Douglas, confirmed Jonathan Majors as Kang the Conqueror, and announced Kathryn Newton will be playing Cassie Lang.

"Ant-Man and Wasp: Quantumania. Paul Rudd, Evangeline Lilly, Michael Douglas, and Michelle Peiffer are all returning, and Kathryn Newton is joining the cast and playing Cassie Lang, and in the role of Kang the Conqueror, we have a great actor, Jonathan Majors," said Feige.

Following the announcement, the 23-year-old Kathryn Newton, known for Big Little Lies and Pokemon, teased her character as well as Stature.

"Last night I dreamed of being a superhero. #marvel #STATURE #CASSIELANG," she posted on Instagram.

Regarding Stature, in the Marvel Comics, the character is the daughter of Scott Lang who follows in her father's footsteps and joins the Young Avengers. She can increase and decrease her size which often depends on her state of emotion. Check out what Marvel has to say on the character below.

Ant-Man 3 has no release date as of yet with Peyton Reed returning to direct. 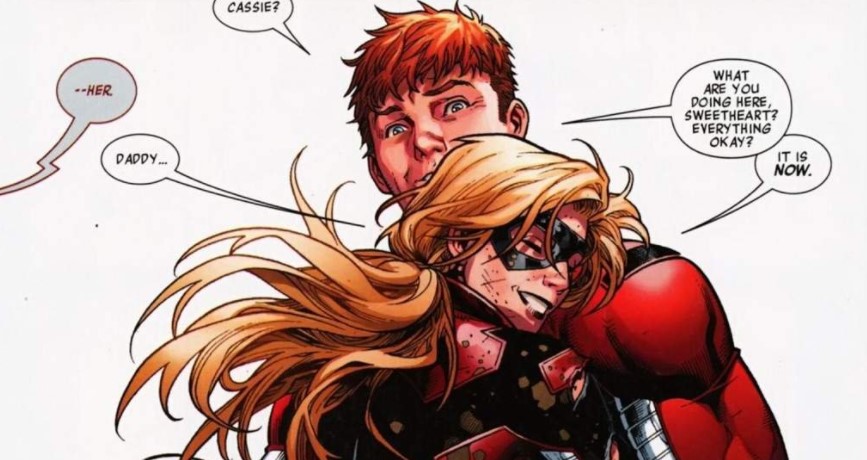 As a young girl, Cassie's father, Scott Lang, adopted the guise of Ant-Man to help save her life. After her mother divorced her father, she grew up idolizing her father's adventures with the Avengers. When her mother and stepfather grew uneasy about Scott's life as an Avenger, she filed, and won, full custody of Cassie, and unsuccessfully tried to shield her from superheroes. Cassie continued to visit her father until the his death.

Afterwards, Cassie retreated to herself, shunning her mother and stepfather's attempts to reach out to her. Secretly the superhero life continued to call to her, and the disaffected Cassie toyed with the idea leaving her home and joining the Los Angeles-based rogue team of young heroes known as the Runaways. After seeing a story on TV about the Young Avengers, she sought them out, becoming a full member.

Civil War|More recently, Cassie, along with her fellow Young Avengers joined Captain America's resistance to the Superhero Registration Act. She, and the other Young Avengers, also attempted a mission to recruit the Runaways to the Anti-registration cause, battling the U.S. Government and a rogue Kree warrior in the process. However the strain of the Super-hero Civil War has taken its toll on the young heroine and she has recently split with Captain America's resistance -- and her own teammates.