There are a lot of things to like about this mini-series and a few things that could have been better.

I like it that Marvel is finally acknowledging Cosmic as an important part of the MU, even if it is only because the MCU is going cosmic. And what better way to kick off a Cosmic resurgence than with an Annihilation event? I admit that when I heard that Marvel would be doing an Annihilation event without Giffen or DnA writing it, I was a bit concerned. However, my hat is off to Rosenberg. He is a talented writer with a clear love and respect for Cosmic and the Cosmic Characters – and his entry is worthy of the name, Annihilation. My only complaint about the event as a whole is that it felt a bit too rushed and the story a bit too compressed. It would have been substantially better if the story had followed the format of the original Annihilation and the sequel, Annihilation: Conquest with a lengthier set of prologue stories highlighting each of the major players followed by the event itself spanning several issues. The Nova, FF, and BRB one-shots were just not enough story/character development for my taste and the two-issue event itself felt like 6 issues of story/character development crammed into two issues. I suppose Marvel was using this event to see if Cosmic will sell and didn’t want to commit to too many issues in case it didn’t.

I like it that Marvel is finally giving Rich Rider Nova some much-deserved attention, even if it is only because the MCU is rumored to be seriously considering producing a Nova movie. It was enjoyable seeing Rich once again doing what he does best – being a powerful, effective, leader of men. Rich is best portrayed as a Cosmic Super-Soldier – a combination of the best elements of Captain America and WWII’s Nick Fury – as in the original Annihilation. In this event, Rosenberg has begun the process of bringing Rich back to that portrayal by starting to reverse the damage done to the Nova mythos by Bendis, Loeb, Loveness & Perez, et al. Unfortunately, he included a cameo appearance by Loeb’s awful Sam Alexander – a bastardization of the Nova mythos that I ignore whenever I can and bash whenever I can’t ignore it. Time for a bashing. Children should not be brought into a life and death combat arena – especially untrained children with stolen power. Rich wouldn’t do that. He erred on the side of caution when inducting new members into the Corps in the past. What Rich would realistically do and should do as a duly inducted member of the Nova Corps is remove Sam’s power and send the annoying little bastard to the dustbin of Comicdom along with all the other bad concepts residing there. Rosenberg got that story element and Rich’s portrayal way wrong in that respect – but at least Sam barely appears in the comic which is fortunate as Sam is a character that is the ruination of every comic in which he has a starring role.

I liked it that Rosenberg chose to include cameos by a host of Cosmic heroes. I was especially excited to see Namorita again along with Darkhawk, Pip, Cosmo, and many others. It was also great to see Rich save the day once again, though the manner in which he did it was a bit disappointing. There are some Nova and Xandar tropes that the Marvel editors just need to retire for the rest of time. Killing Rich and replacing him with a PC character (e.g. Sam Alexander; the Bakian family; etc.) is one cliché that needs to be retired forever along with killing off the ENTIRE Nova Corps to make a cheap dramatic point, de-powering Rich, and destroying the ENTIRE Xandarian civilization to leave Rich the “Lone Ranger.” These story elements have appeared way too often and fans have made it pretty clear that they want adult-white-male Rich Rider to be Nova. Respect that please, Marvel Editors. At least Rosenberg immediately resurrects Rich at the end of the story – and believe me I’m not complaining about the resurrection. I’m just saying he shouldn’t have been killed AGAIN in the first place. A cleverer method of defeating the Cancerverse villains would have been more satisfying.

I had my doubts about The Sentry appearing in the story at all, much less being co-big-bad with the Cancerverse infestation. Rosenberg deftly used the character and wisely marooned the character in the Negative Zone. The Sentry is a character that SHOULD be marooned and used rarely if at all. Hopefully, we’ve seen the last of him for a good long while along with the last of the Cancerverse for a good long while. Curiously, Annihilus barely appears in the story except for comic relief. Strangely, I was okay with that, though I usually prefer Annihilus to be portrayed as more powerful and menacing.

Garcia’s interior art was perfectly complemented by Blee’s color choices, making for some eye-catching cosmic renditions that will leave fans satisfied. Casanovas’ primary cover art and the Adams & Delgado variant cover art will please the most ardent of Cosmic fans.

Buy this book. You will be proud to file it alongside of the rest of your Annihilation collection of stories. I hope Rosenberg will treat us to more Cosmic events in the near future.

P.S. In case you missed it, the CosmicBookNews forums are up and running again. It is a friendly place to visit, post your thoughts, and converse with fellow fans of the genre you love. Go to the CBN homepage, select Forums, register, and start writing. I look forward to seeing you there. 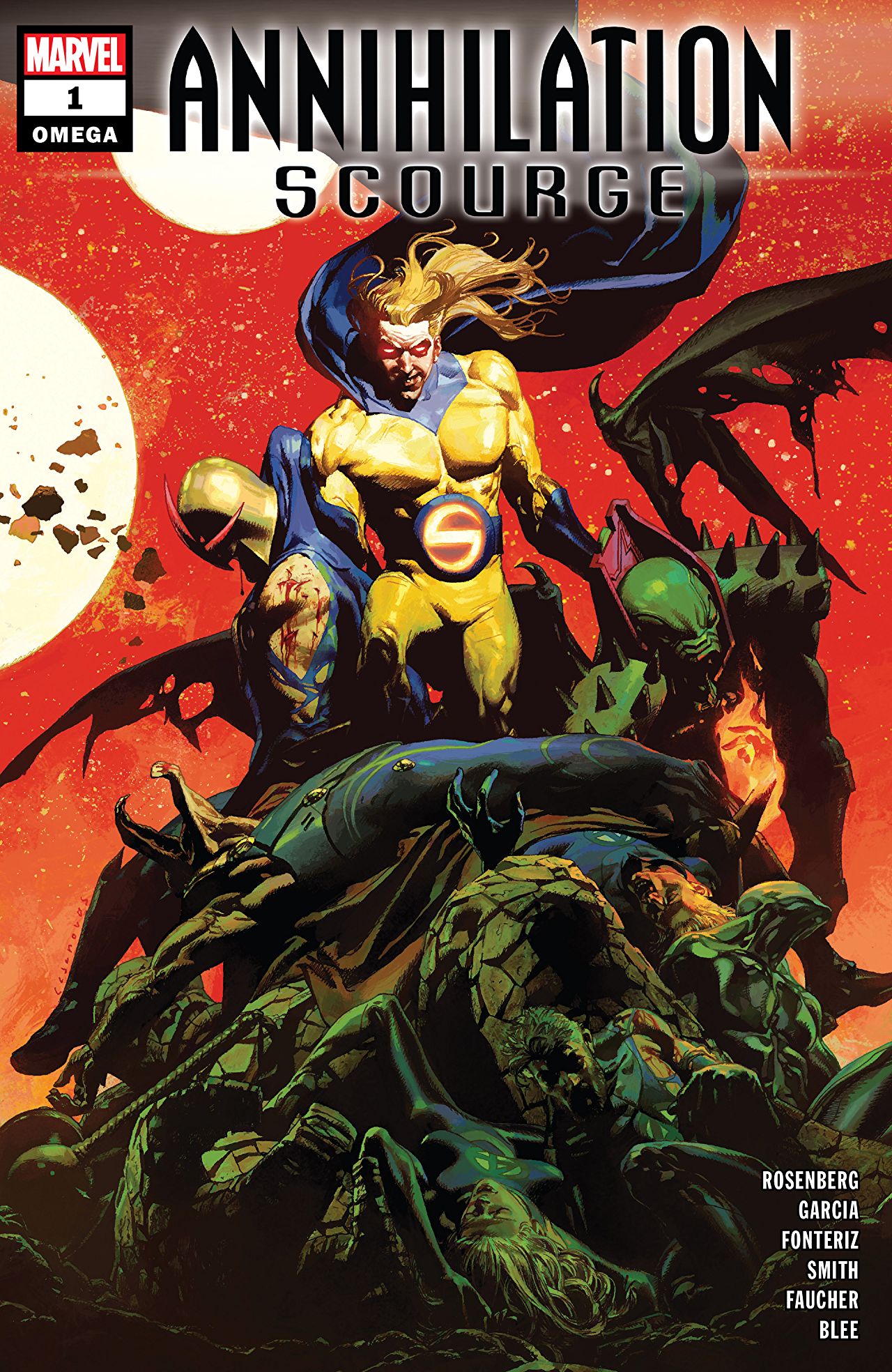 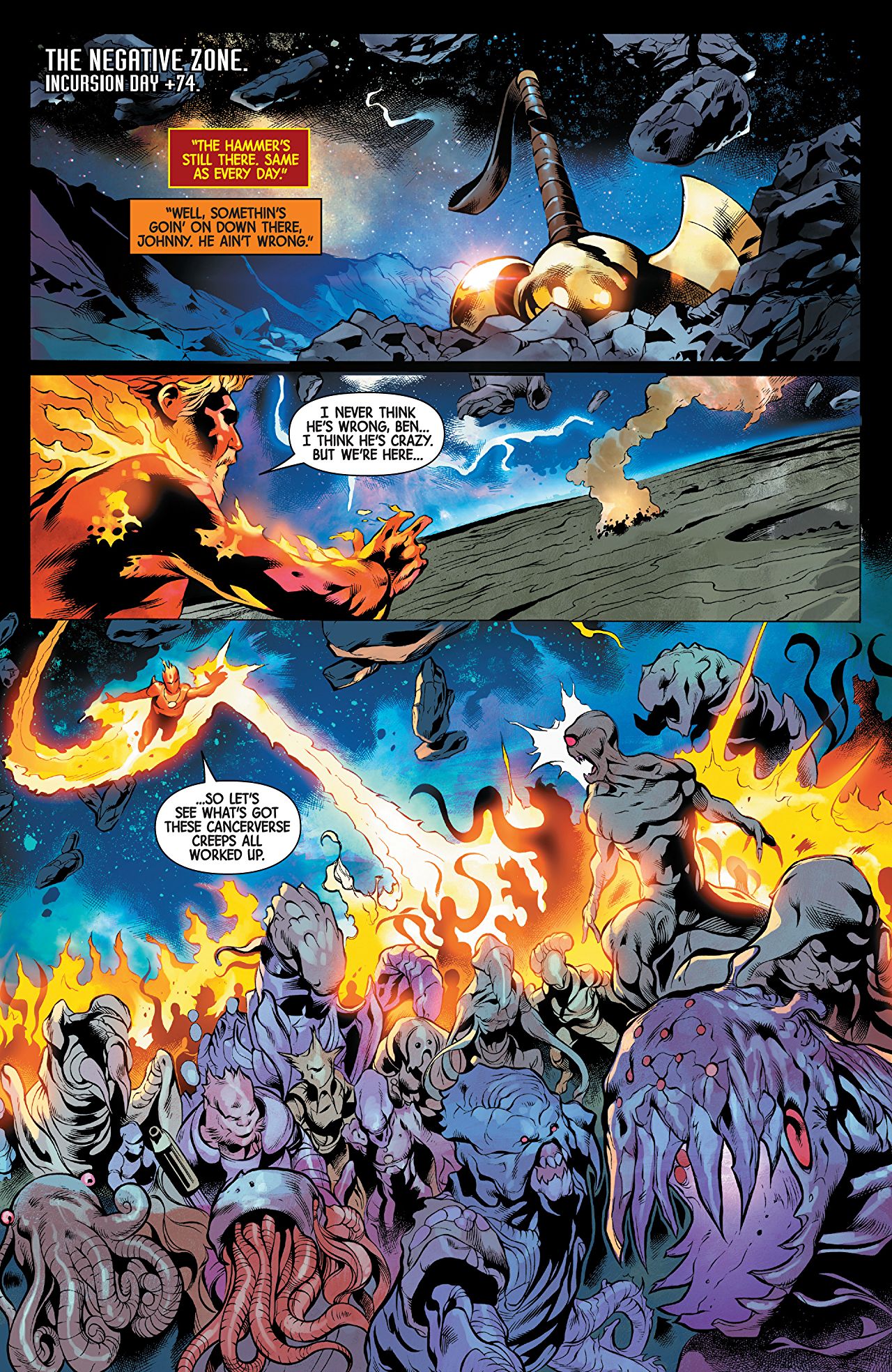 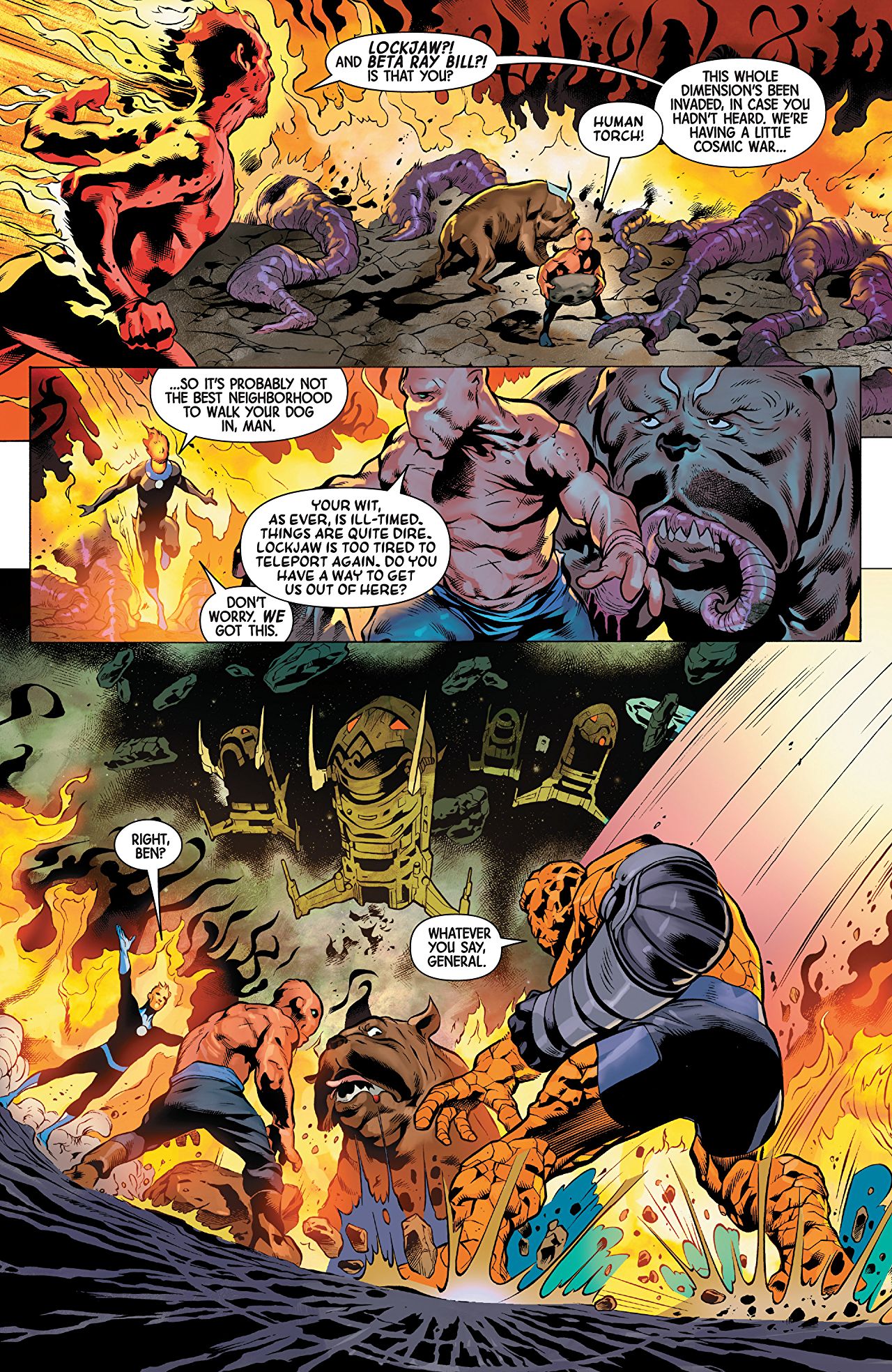 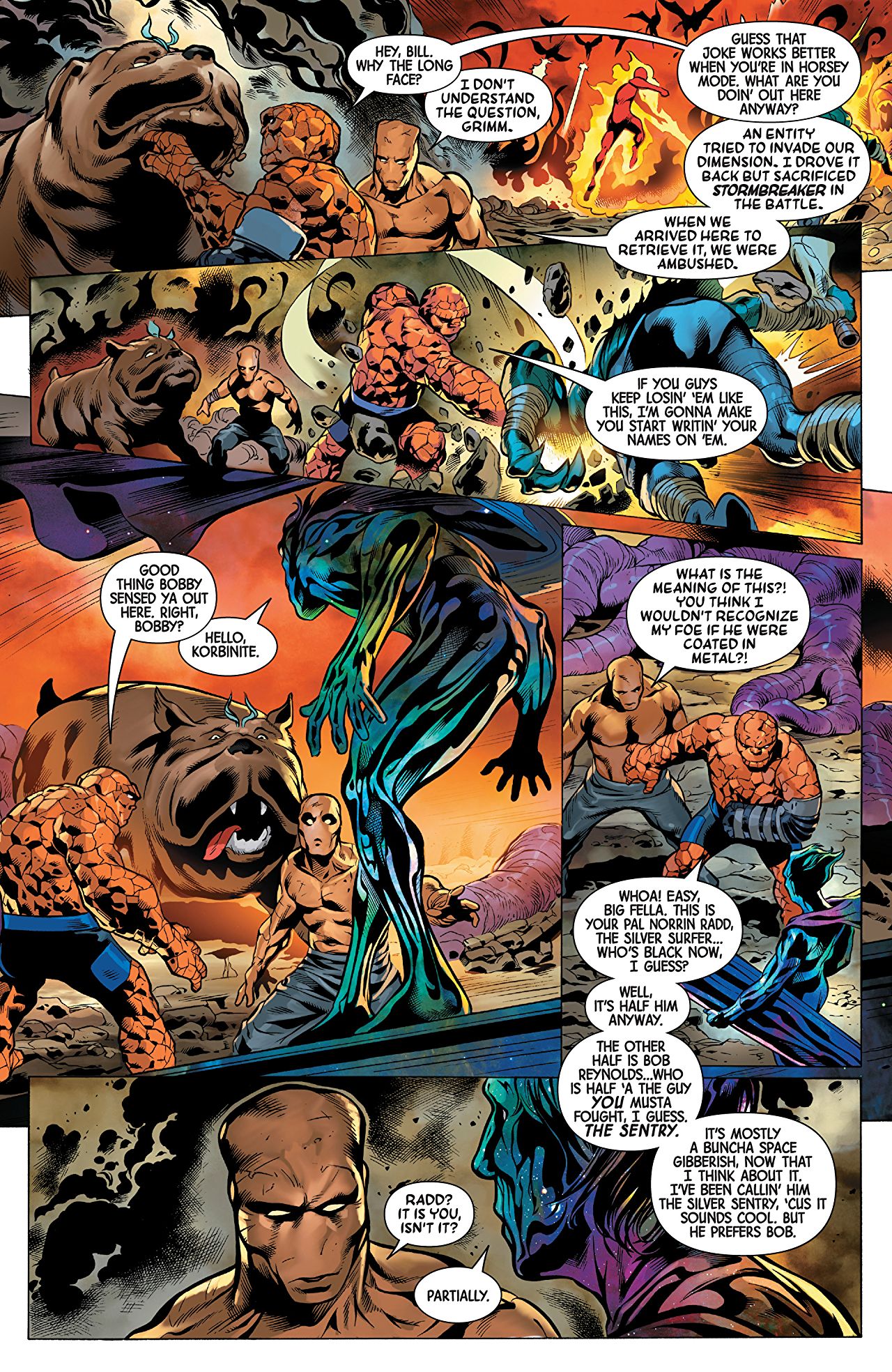