RIP MCU and RIP Marvel Cosmic as the Captain Marvel movie retconned major elements of the Marvel Cinematic Universe and fan-favorite cosmic character from the comics with Mar-vell.

While promoting the movie, Marvel Studios president Kevin Feige confirms they were initially looking for a male actor to play the role, but he says it was director Anna Boden who came up with the suggestion to cast the character as a female. You’ll note in my review for the movie I stated it felt as if there were two different drafts of the movie — and I was right. I also noted the reason for changing Mar-vell from a male to a female character is that in no way would they allow Carol Danvers to derive her powers from a man (right again!). Boden also described the film as a feminist, humanist movie.

It was late in the development of the movie. Frankly, as we were approaching shooting, we were casting male — We were looking for a male Mar-Vell and developing the script at the same time, as we often do. We spoke to a few people, but as you’ve now seen in the movie, it’s a limited role, because of the nature of the structure of the story. It was, I believe, Anna who came up with the suggestion in a script meeting that, “Why don’t make the S.I., the vision that she sees, Mar-Vell?”

The idea was just before we brought Annette on. So, it was relatively late in the development process and one of a handful of things that happened as the script was taking on its final form, that was an epiphany that Anna had, and it was like, “Oh, of course! That’s perfect!” And we stopped looking for another actor. 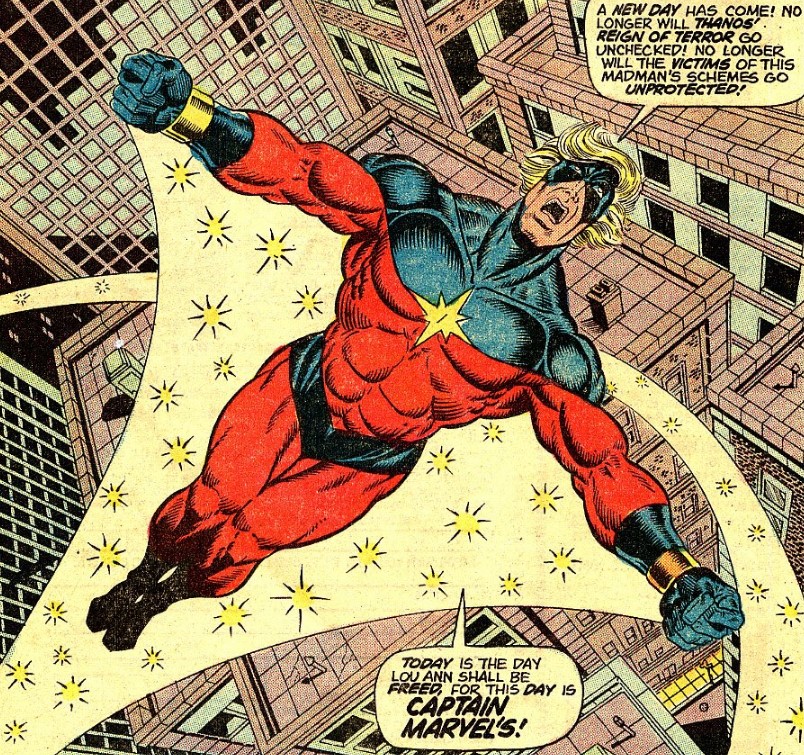 I’ve said this before about different MCU changes, why didn’t Feige just create a new character? His zombie audience wouldn’t have known the difference, but all the comic book fans do know the difference. Again, Feige isn’t a fan of the comics and only cares about the films and catering to the Disney Marvel zombies audience, so the future of the MCU is looking bleaker by the minute.

Annette Bening also playing the Kree Supreme Intelligence came off pretty awful. It’s more what could have been for the MCU and especially the cosmic side of the MCU. Gunn and Taika Waititi bastardized Guardians of the Galaxy and Thor: Ragnarok, with Captain Marvel more of the same. It’s a shame.