Zack Snyder responds to Warner Bros. releasing a Justice League 4K trailer for the Joss Whedon version of the movie, as a lot of the Snyder Cut fans are upset the trailer was released.

Responding to a fan on the Vero app, Snyder replied, “Crossing the line.” 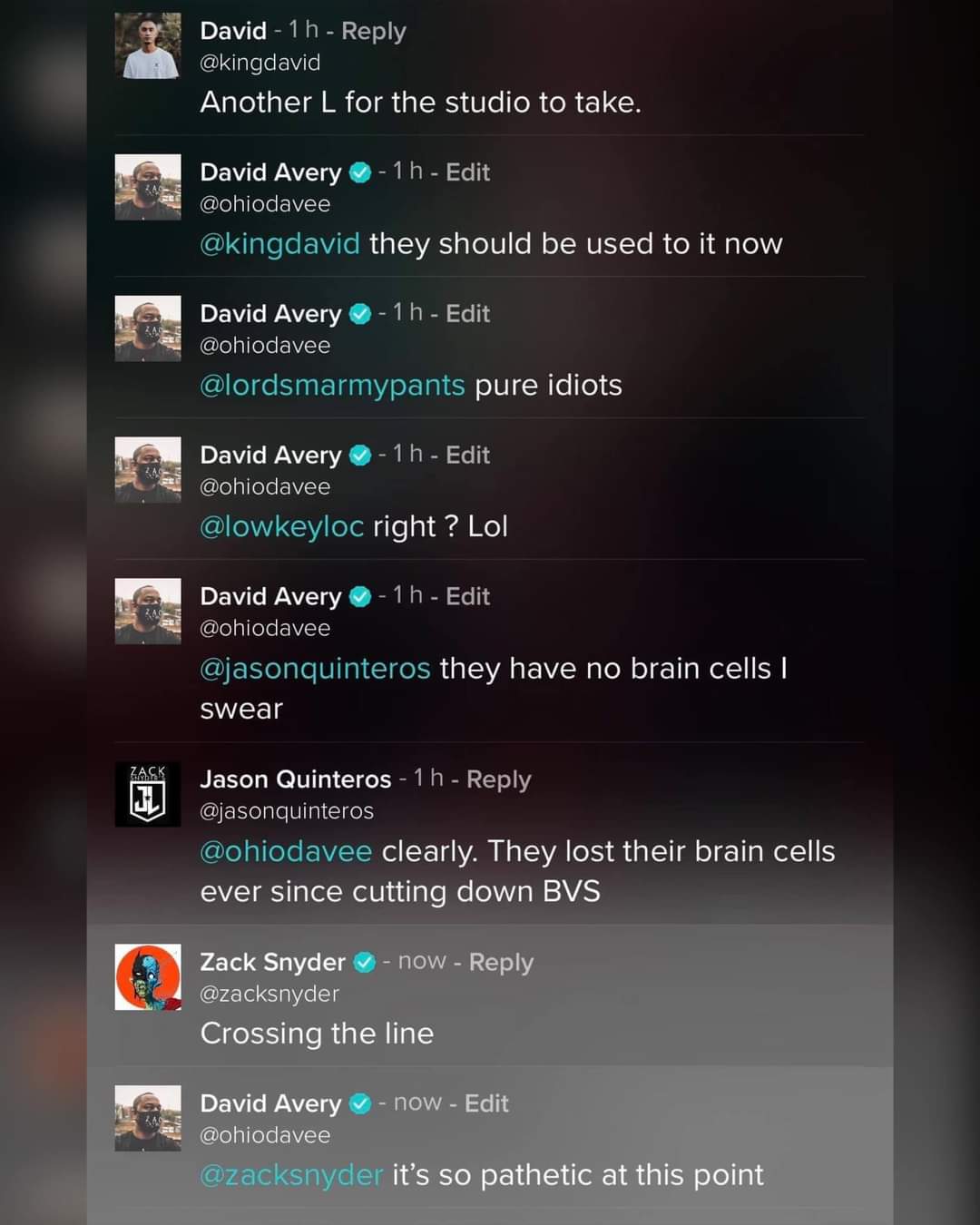 However, before the Snyder Cut conspiracy theorists out there begin to cry foul, the “crossing the line” comment is actually dialogue from Snyder’s Army of the Dead zombie Netflix movie.

It could be that Zack is simply fun and replying with a comment from his Netflix flick, but then again, you never know, as perhaps Snyder feels snubbed by Warner Bros.

The Snyder Cut fans have down-voted the Whedon Justice League 4k trailer to oblivion, as it has 30k dislikes to 2.1k likes — BUT it happens to have over 260k views.

Army of the Dead debuts on Netflix and in select theaters starting May 21.