Zack Snyder took to social media to release a dozen character posters for his Army of the Dead zombie Netflix movie which stars Dave Bautista.

We see the posters are all neon-colored as the flick is set in Las Vegas.

“Meet the LasVengeance crew. Scott and Cruz. Where it all started. Las Vengeance Founder and his Fearless Right-hand,” Snyder tweeted about the first two posters.

“Vanderohe and Dieter The Philosopher and the Safecracker,” said about the second group.

Snyder continued: Peters and Lilly The Pilot and the Coyote. Kate and Geeta The Estranged Daughter and the Determined Mother. Guzman and Chambers The Influencer and his Formidable Companion. Cummings and Zeus The Enforcer and the King.”

Check out the posters below, and watch the trailer here.

The film takes place following a zombie outbreak that has left Las Vegas in ruins and walled off from the rest of the world. When Scott Ward (Dave Bautista), a former zombie war hero who’s now flipping burgers on the outskirts of the town he now calls home, is approached by casino boss Bly Tanaka (Hiroyuki Sanada), it’s with the ultimate proposition: break into the zombie-infested quarantine zone to retrieve $200 million sitting in a vault beneath the strip before the city is nuked by the government in 32 hours. With little left to lose, Ward takes on the challenge, assembling a ragtag team of experts for the heist. With a ticking clock, a notoriously impenetrable vault, and a smarter, faster horde of Alpha zombies closing in, only one thing’s for certain in the greatest heist ever attempted: survivors take all. 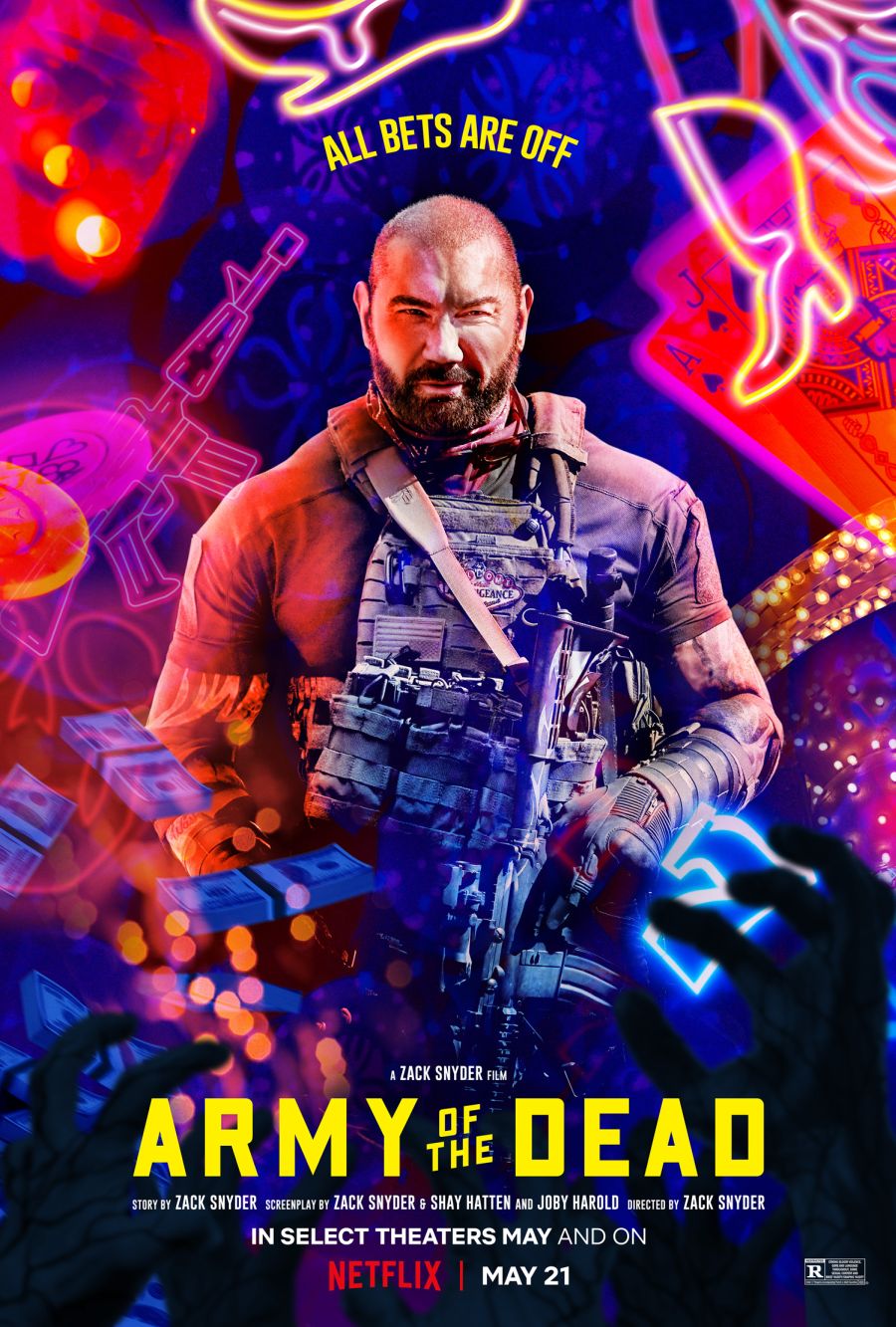 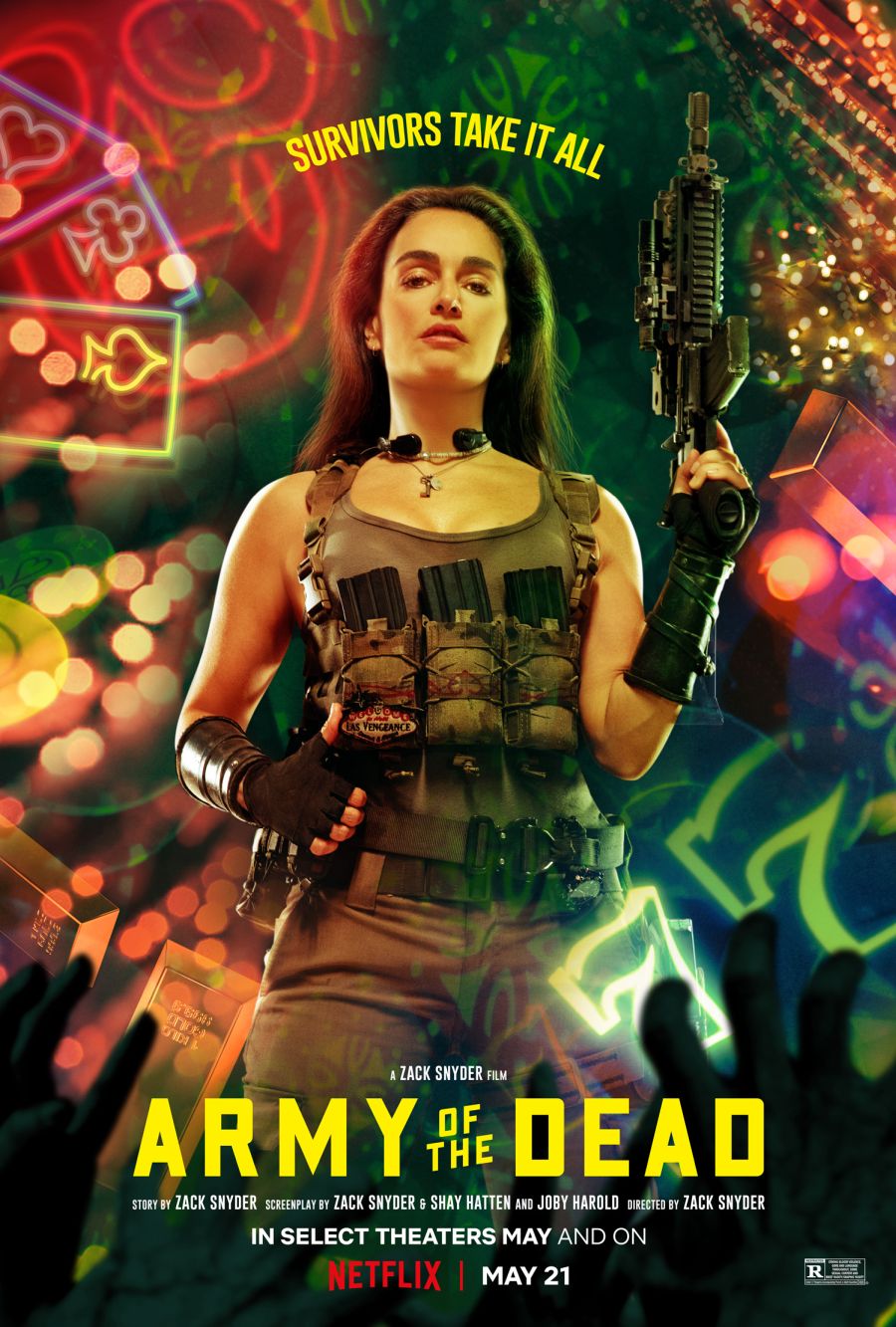 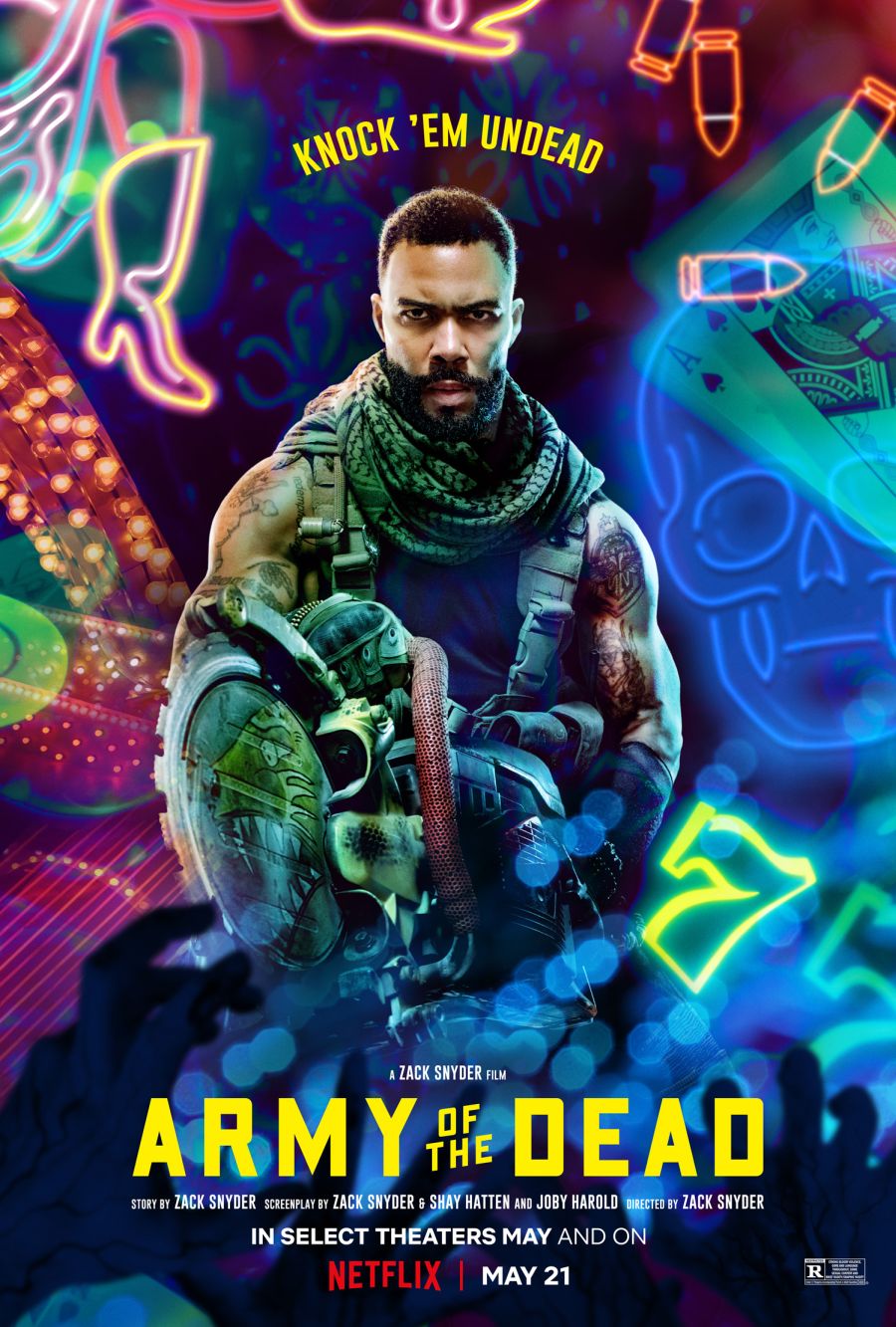 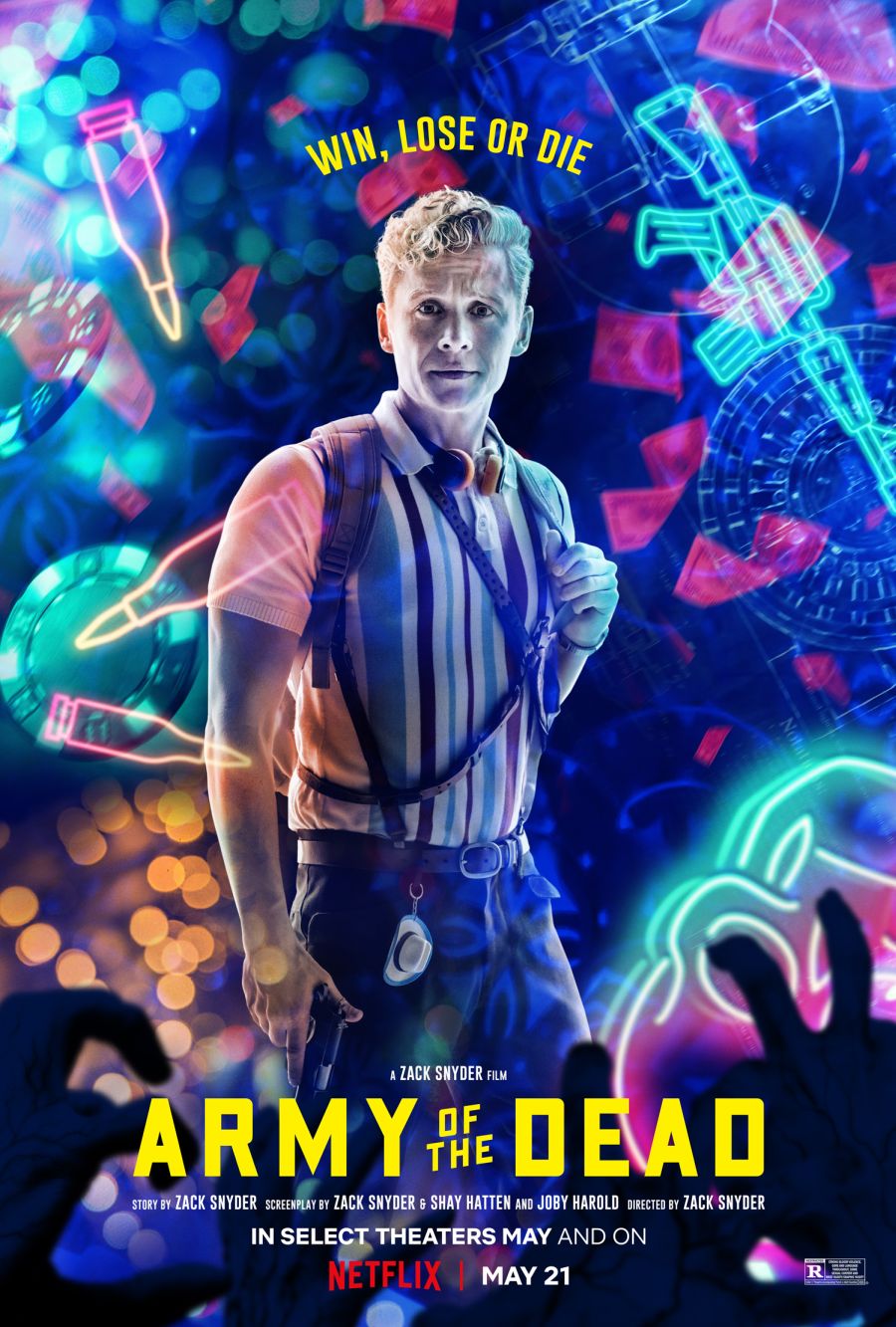 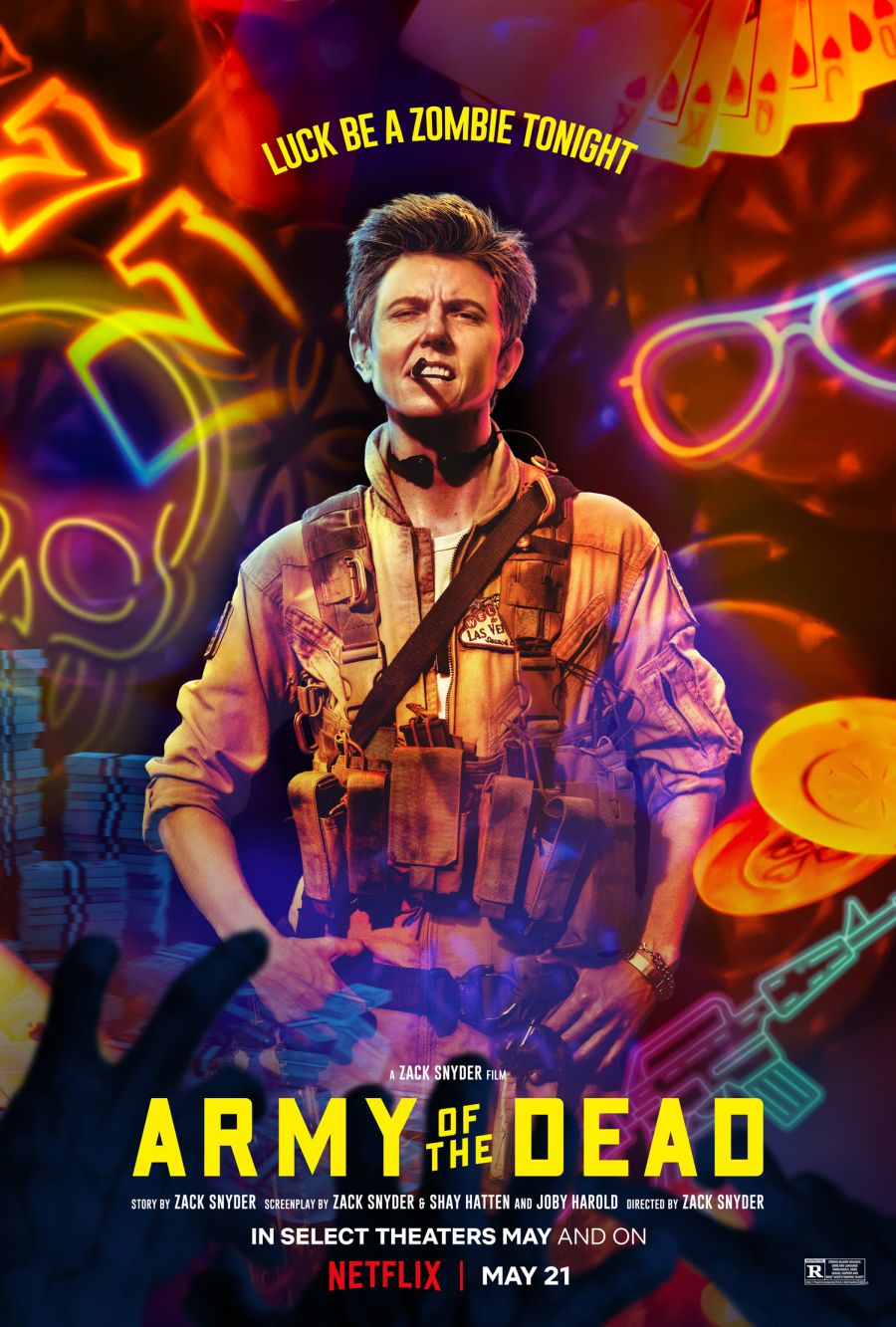 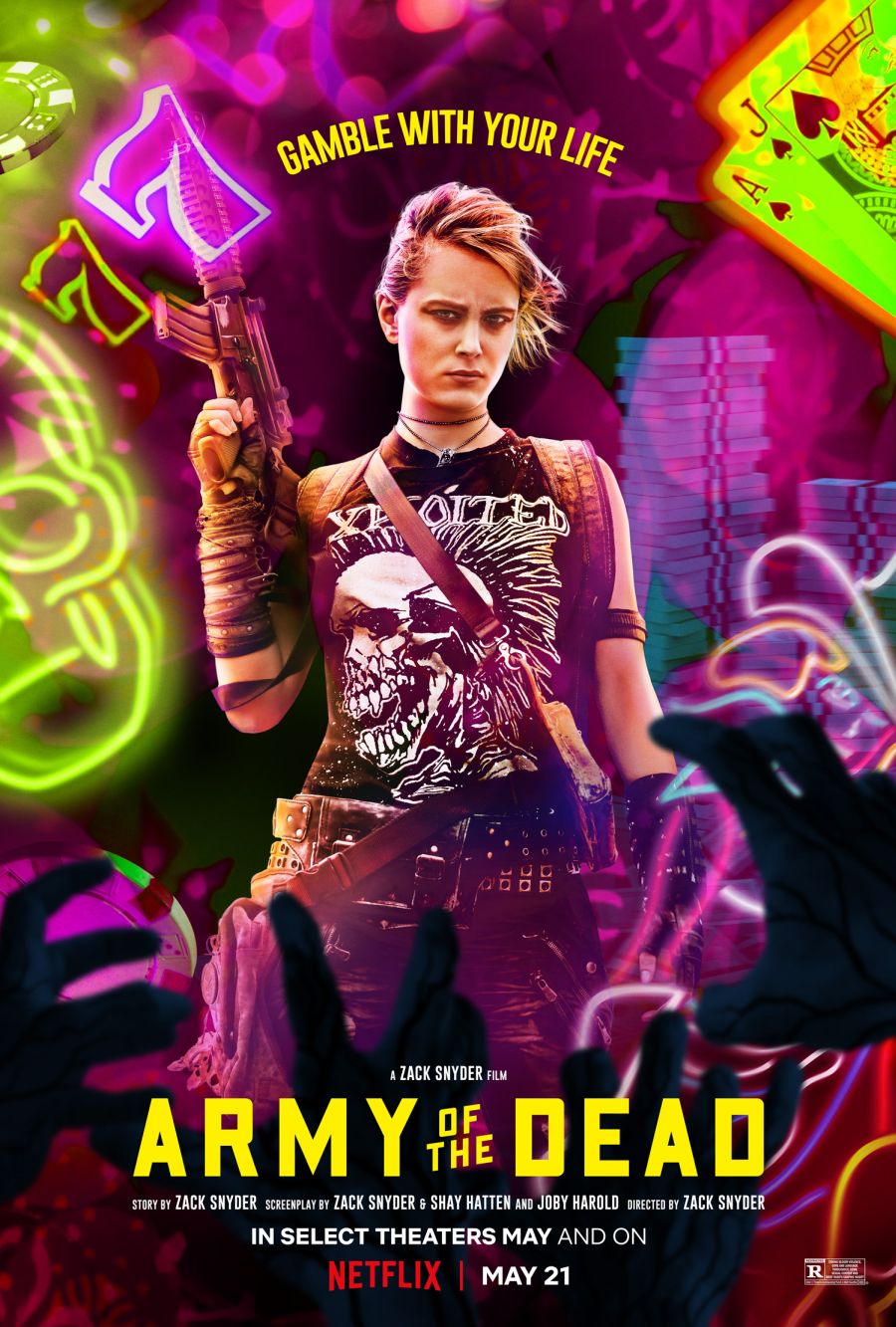 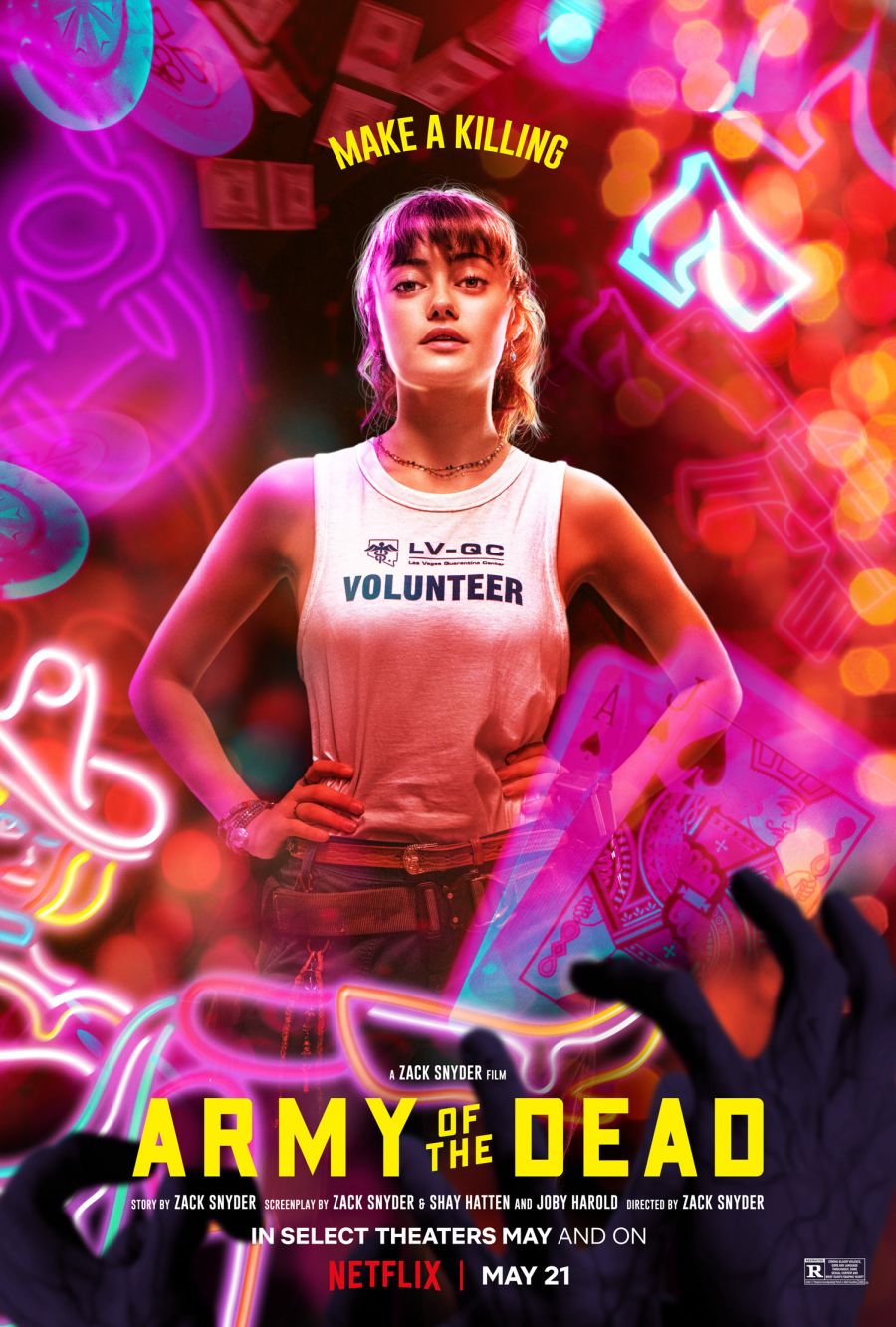 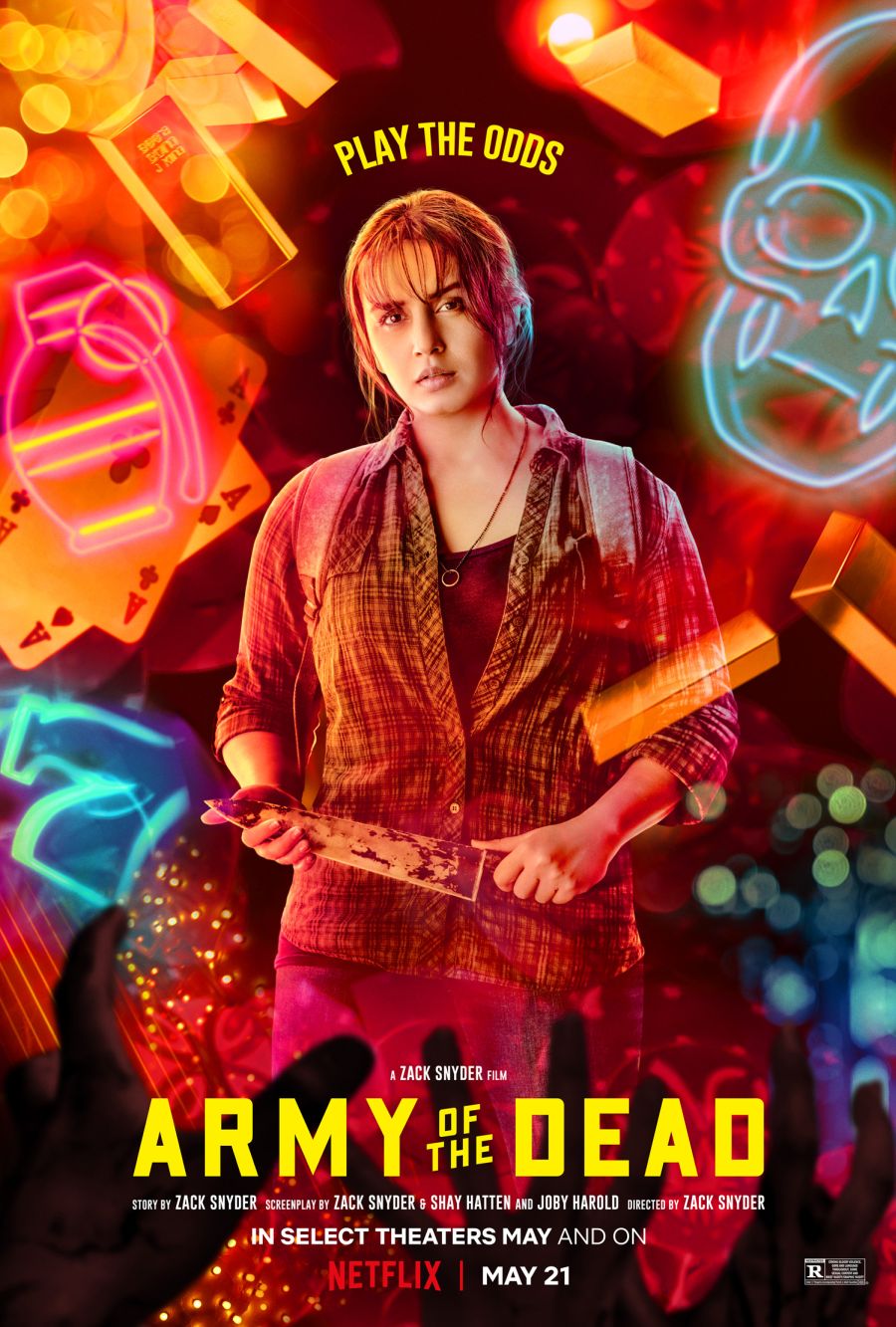 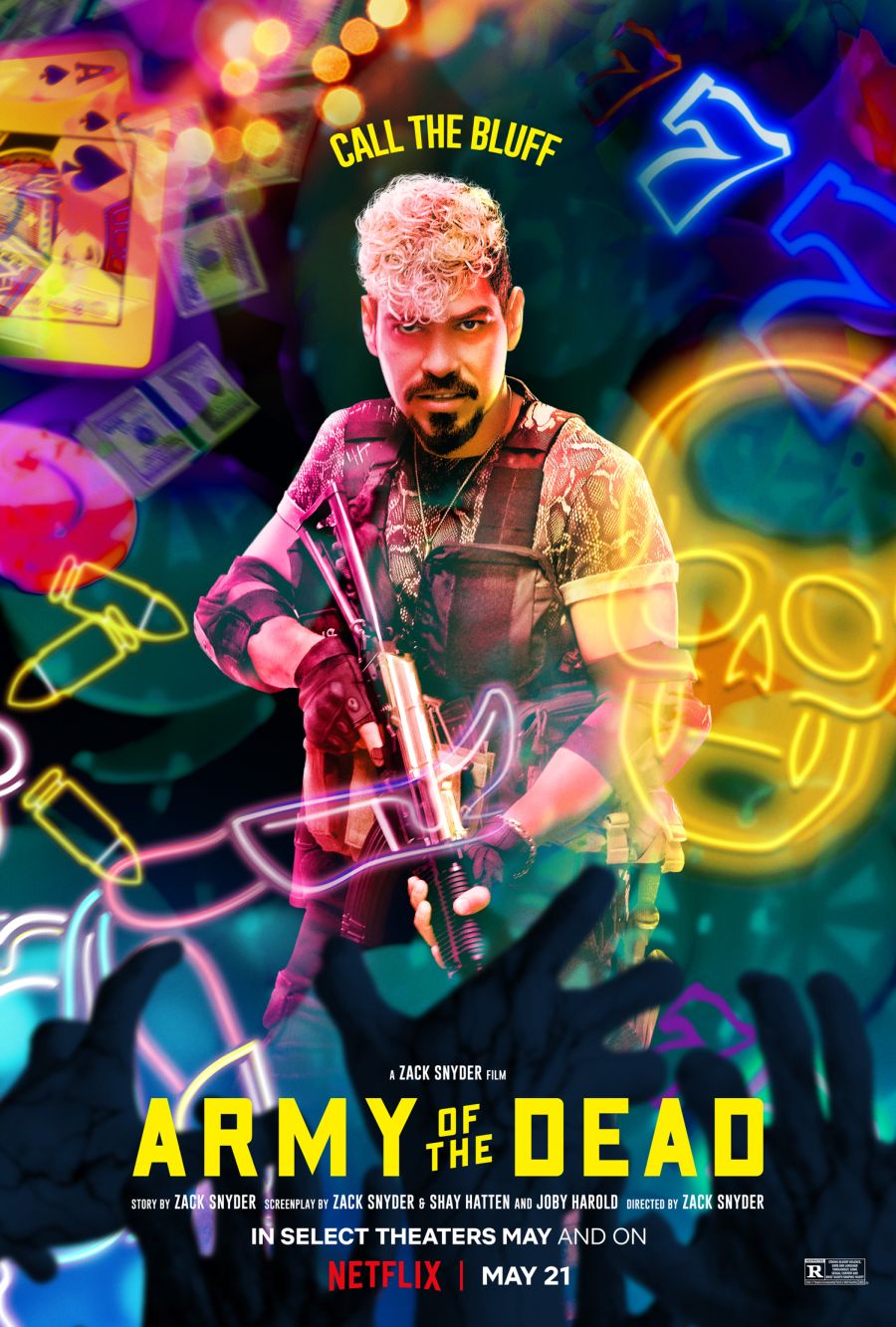 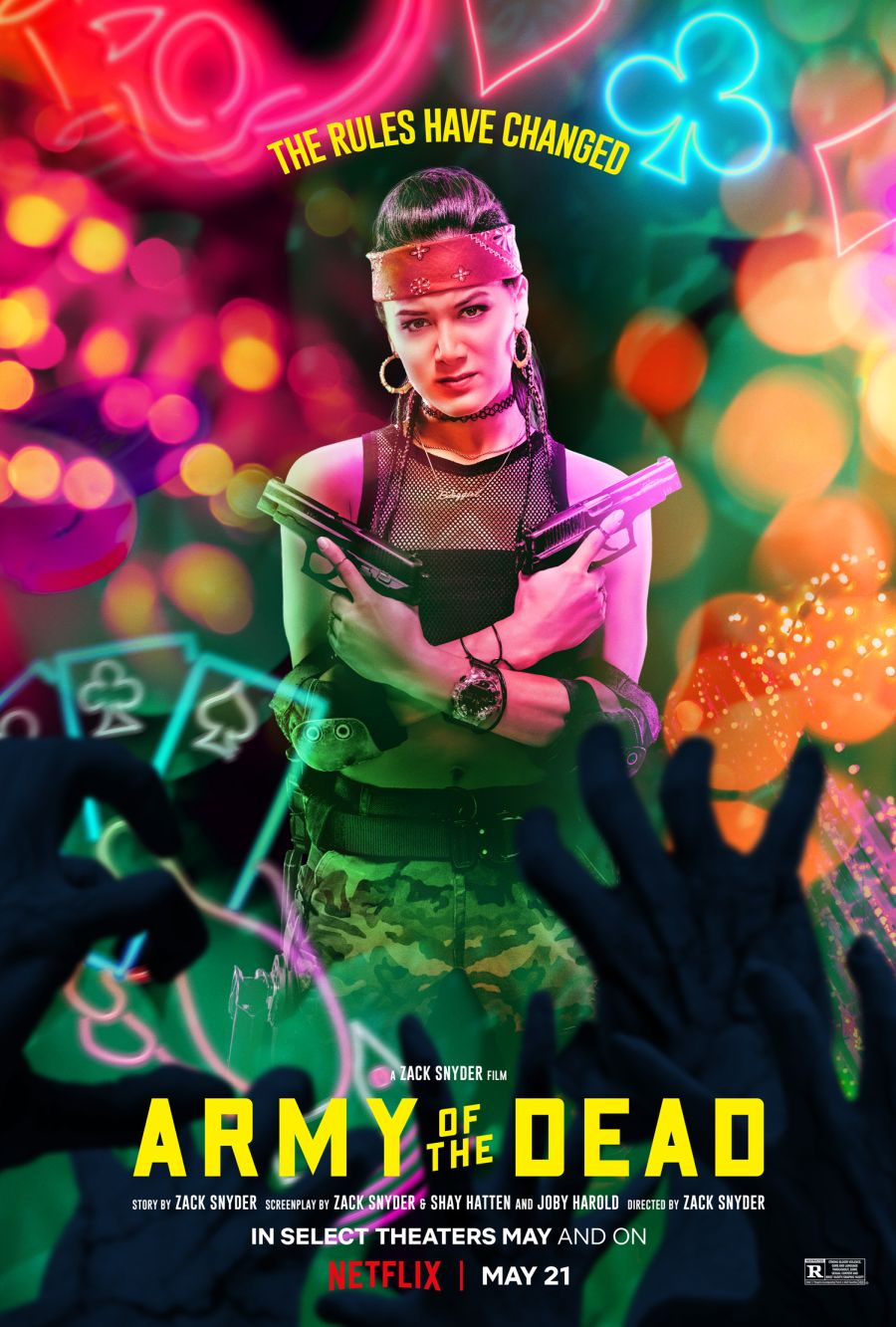 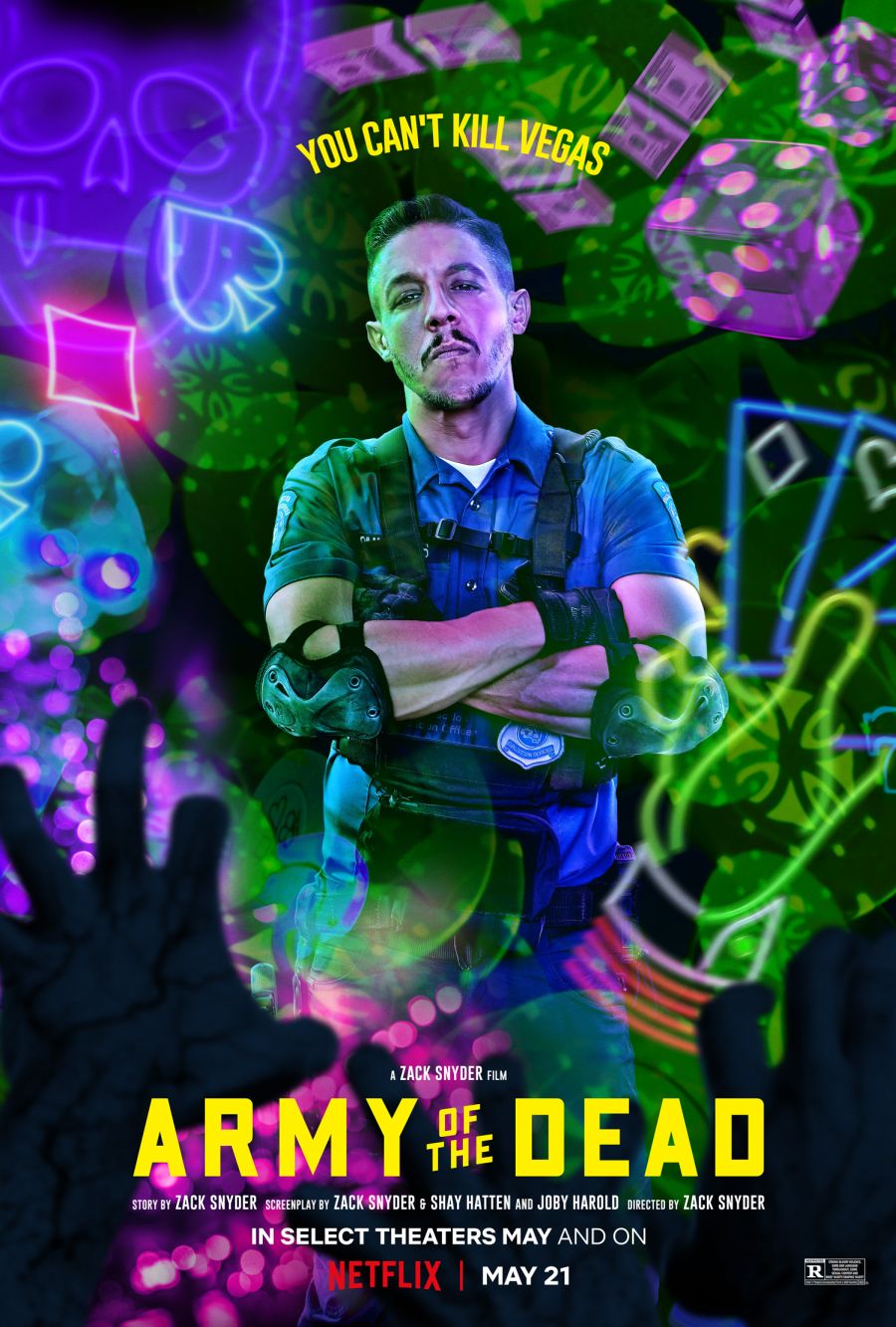 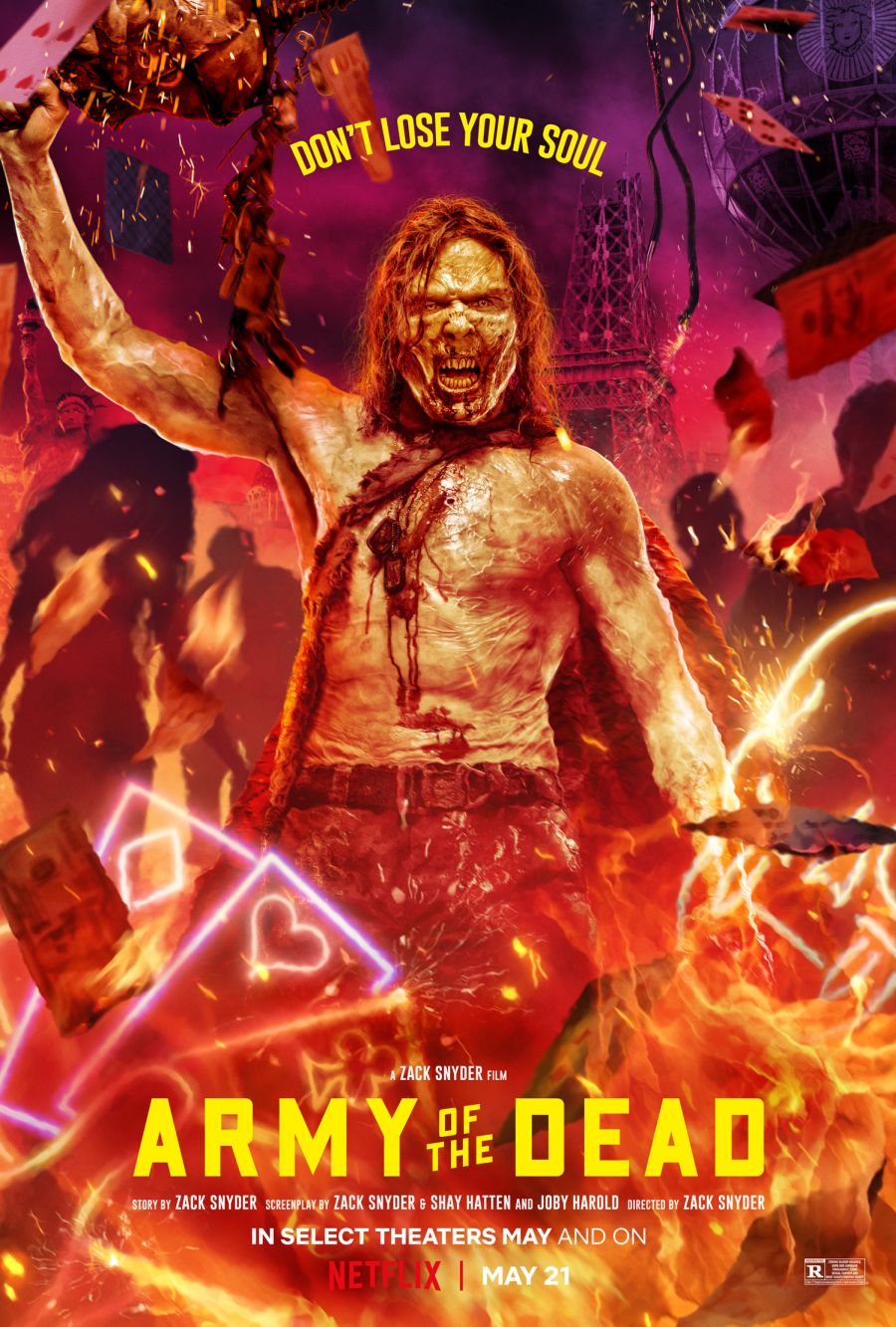