On the heels of the Superman and Justice League rumors, now a Wonder Woman video game is thought to be in development at WB Games.

A user on ResetEra posted information from the Screen Actors Guild production database that offers up working title for what could be in-development WB video games.

One of the names listed happens to be “Project Diana,” which obviously implies Wonder Woman.

The other working titles include “Zeppelin,” “Carbon,” “Scribblenauts Fiesta,” “Saturn,” and “Phoenix.”

It’s pointed out that “Zeppelin” was the working title used for Batman: Arkham Knight.

“Scribblenauts Fiesta” is known to be currently in development.

It’s speculated “Saturn” and “Phoenix” could point to projects that both WB Montreal and Monolith started this year. 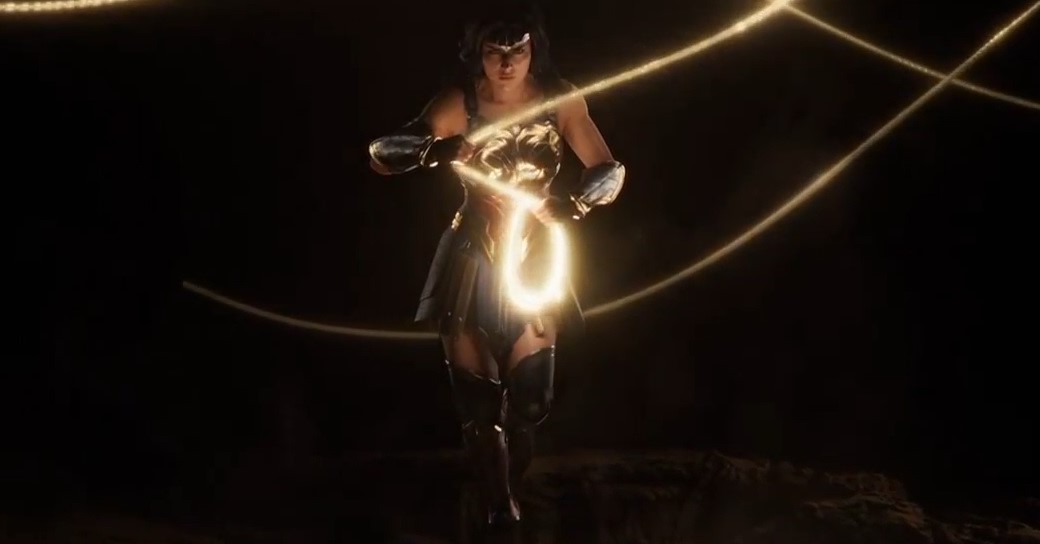 A user on 4Chan actually earlier leaked potential info about a “Wonder Woman: Circle of Light” video game as well:

Hello. So, I work for Twitch and we have been prepping for the VGA’s. I have some information on Montreal’s game. WB Montreal’s new game is called Wonder Woman: Circle of Light. The game will be revealed at the Video Game Awards with an ingame cinematic trailer and will have an IGN exclusive gameplay reveal shortly after (we were shown this). Here is all you need to know:

Name and story: The game will be called Wonder Woman: Circle of Light. The game takes place in modern times, at the peak of Wonder Woman’s heroic duties. Two maps: Themyscira and Gateway City. The game is completely open world, with portals that transport you between the different worlds. From what I was told, there is no loading screens. These are two “separate” maps in which you can travel to at any given time, and each has its own side missions and secrets. The games main feature is the story and campaign mode. The game is an RPG. The story revolves around Wonder Woman attempting to stop Circe from being set free from Hades and breaking the Source Wall to rewrite history. The history of the Amazons and Circe have been slightly reworked in the narrative. Circe has a cult that is helping her achieve her goals, both in Gateway and Themyscria.
g braid, and jacket variation.
In addition, most environments are destructible.

There is a multitude of villains/boss fights in this game, some of which aren’t directly tied to Wonder Woman. Here’s who I know are villains based on trailer and gameplay reveal: Circe, Hercules, Doctor Poison, the Furies (not 100% it’s them, but it’s my guess), possibly Brother Blood (another guess) and Killer Frost (the boss fight teased in the gameplay reveal). Osama Dorias told us that they were excited to bring Wonder Woman into the game universe, and connect her to the DC in an emotionally satisfying way.
Gameplay: The gameplay is similar to the Arkham games but has been revamped to fit the genre and Wonder Woman. The closest approximation is the new Assassin’s Creed combat formula, with Arkham’s flow. They implemented a combo system. You have three different kinds of attacks: fast, medium (lasso combos), and hard. Stringing these different attacks together gives you a combo. In addition to this, you also have a jump button which if you hold, will allow Wonder Woman to fly. Bobby told us that they wanted the flying to give you a visceral and adrenaline reaction, the animations and flying look amazing but not too over powered. Think Spider-Man’s swinging in the PS4 game. Another feature to combat is blocking. One of the biggest features to combat is the combat tree. There are three trees: Lasso, Sword and Shield, and Gauntlets. You have two combat stances: regular (gauntlets, fists), and sword/shield. You can change stances in the middle of combat. You can unlock different weapon architypes/stances later in the game, as bow and arrow is shown in the gameplay reveal. Like other RPG’s, you can unlock and find new gear for Wonder Woman. Shown in the trailer is default, classic, a more Greek looking outfit with lon

Tomorrow happens to be The Games Awards, so perhaps an announcement or two will be forthcoming at the event.

Regarding the Justice League and Superman video game, information leaked out that it may have started off as a Worlds Finest game before becoming a full-blown Justice League game.