Woke Hollywood is surprised that its diversity-filled musical, In The Heights, absolutely tanked at the box office.

The flick made its debut this past weekend but was beat out by the third week’s run of A Quiet Place II, as John Krasinski’s sequel brought in $12 million, while In The Heights only brought in $11.5 million, which was almost less than half of the estimates.

In other words, a complete disaster.

While the movie also had a same-day launch on HBO Max, guess what? In The Heights also tanked big time on HBO Max as Deadline reports the musical had low viewership on the streaming service.

Deadline also attempts to spin things why In The Heights failed, and while I haven’t seen it and some are stating it isn’t a woke musical, apparently it was marketed as woke, so no surprise, movie goers skipped it as did people at home. In its report, Deadline in part offers (bold my own):

Paramount’s A Quiet Place Part II in its third weekend has beaten Warner Bros. highly-publicized Jon M. Chu-directed, Lin-Manuel Miranda musical In the Heights for the top spot at the weekend box office, $11.7M to $11.4M. It is a defeat no one really saw coming. A Quiet Place Part II‘s domestic running B.O. stands at $109M. 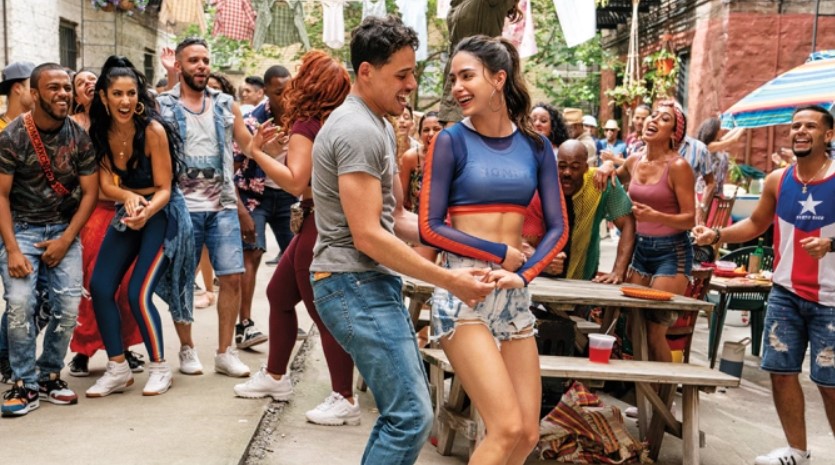 So In The Heights is just another woke failure in a long line of woke failures from Hollywood, which includes Ghostbusters, Disney Star Wars, Marvel’s Captain Marvel, Terminator, Birds of Prey, Doctor Who, Supergirl, Batwoman, etc.

We also get some insights into woke Hollywood from filmmaker and novelist, Kamran Pasha, who has worked on Roswell New Mexico, Nikita, Kings, Reign, Tron, Sleeper Cell, Twilight Zone, and more (great guy to follow on Twitter, BTW):

Hollywood is currently shocked — SHOCKED — that #InTheHeights, a Woke musical focusing on inner city minorities, bombed. And #AQuietPlace2, a film about a white family surviving the apocalypse, remains #1 at the box office.

You know who is not shocked? Everyone else. https://t.co/5np5n7b6Mf

The tragedy of #InTheHeights is that it is based on a successful musical, is well cast & would appeal to all. But Hollywood is so interested in creating identity boxes that they marketed it as only for minorities. And now the Woke are condemning the casting as “not dark enough.”

None of the Woke people he is scraping and bowing to went to see #InTheHeights. And now they are calling this poor guy a racist for casting “white passing” Latinos (who look pretty fucking Latino to me). https://t.co/r2JZFRCC6E

I have heard it is a great movie. The marketing has been disastrously Woke, which was a mistake. Hollywood still isn’t learning that pandering to a tiny fringe of society and alienating the broad populace is stupid. Especially when the movie would appeal to everyone, like this.

Fully agree. I was a on a livestream today with @MasteroftheTDS and @WritingRaven2 and said how Lin-Manuel Miranda is a very talented guy and I am a big fan of his work. The Woke are racists at heart & they seek to sabotage minorities who are beginning to rise in the industry.

In a writers room on a TV show, I once said: “You know, white people are still the majority of the population. Maybe we should appeal to them too, and not just minorities, if we want the show to succeed.”