ViacomCBS is rebranding to become Paramount Global, which reflects the Paramount brand and Paramount Plus, as Viacom CBS is the parent company.

The announcement came with today's latest investor day where announcements were made about a slew of Paramount projects, including that all new Paramount theatrical releases will head straight to Paramount Plus after their run in theaters starting in 2024.

Check out details and the full official announcement below.

Mom and dad got a new name! ViacomCBS will now be known as Paramount. #WeAreParamount pic.twitter.com/3qIkDyUMyX 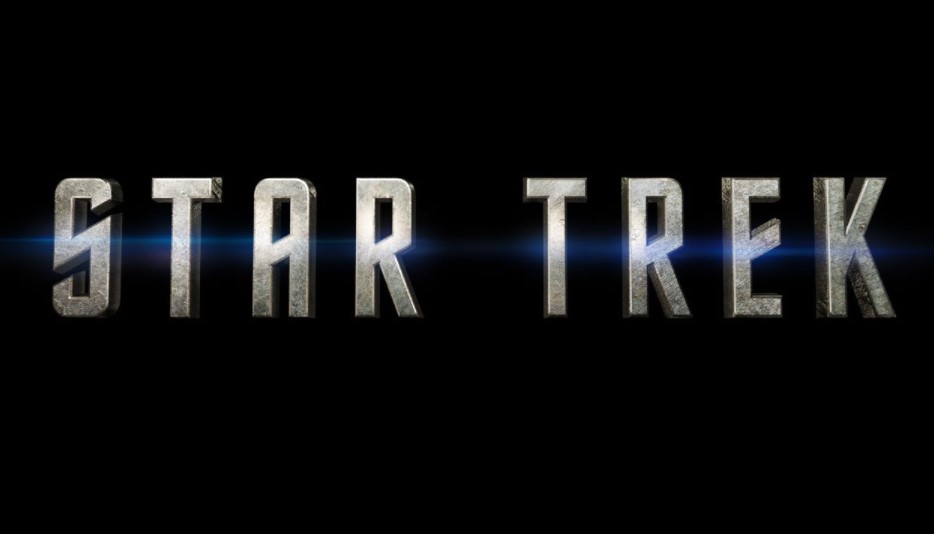 J.J. Abrams is back and is producing a new Star Trek movie with Chris Pine in talks to reprise as James T. Kirk, with the intention to also bring back Zachary Quinto as Spock, Zoe Saldana as Lieutenant Uhura, Karl Urban as Dr. Bones McCoy, John Cho as Sulu and Simon Pegg as Scotty.

Matt Shakman is directing who comes off the Marvel/Disney+ series WandaVision.

During the ViacomCBS Investor’s Day presentation today, producer J.J. Abrams shared a small update on the upcoming film."We are thrilled to say that we are hard at work on a new Star Trek film that will be shooting by the end of the year that will be featuring our original cast and some new characters that I think are going to be really fun and exciting and help take Star Trek into areas that you've just never seen before," Abrams said. "We're thrilled about this film, we have a bunch of other stories that we're talking about that we think will be really exciting, so can't wait for you to see what we're cooking up. But until then, live long and prosper."

Matt Shakman, who was recently nominated for an Emmy for his work directing WandaVision, is beaming into the Star Trek universe. He'll be directing the upcoming Untitled Star Trek Project for Paramount Pictures, with a script written by Lindsey Beer and Geneva Robertson. J.J. Abrams, who helmed both Star Trek (2009) and Star Trek Into Darkness and produced Star Trek Beyond, will be returning as a producer.

Transformers: Rise of the Beasts will be released theatrically in 2023 and is the first of three new installments.

A new animated series from Nickelodeon arrives this fall titled Transformers: Earthspark which follows a new species of Transformers who must find their place and purpose among Autobots, Decepticons, and the human family who adopts them.

And in 2024, the franchise expands further with a CG animated Transformers theatrical film.

Transformers: Rise of the Beasts will be released theatrically in 2023 and is the first of three new installments. A new animated series from @Nickelodeon arrives this fall. And in 2024, the franchise expands further with a CG animated Transformers theatrical film. #ParamountPlus pic.twitter.com/4FKsliX2Hp

Got you some Transformers: #EarthSpark images too ---- pic.twitter.com/3FgeDNWeAG

Sonic Movie 3 is officially in development from Paramount Pictures and SEGA!

Plus, next year a new original Knuckles series with Idris Elba is coming to Paramount Plus.

“We are delighted to announce that the third Sonic theatrical film and the first live-action Sonic series for Paramount+ are being actively developed. We’ve got a remarkable partnership with Paramount, and we are excited to continue expanding the Sonic the Hedgehog franchise with them,” Sega CEO Haruki Satomi said. “2022 is shaping up to be a significant year for the franchise with the second film being released this April, as well as Sonic Frontiers, the highly anticipated video game title, coming this holiday. Sonic has been beloved by fans across the world for over 30 years and we look forward to continuing to bring memorable moments and experiences to them for many years to come.”

#SonicMovie3 is officially in development from @ParamountPics and @SEGA! Plus, next year a new original #Knuckles series with @IdrisElba is coming to #ParamountPlus. #SonicMovie2 hits theaters April 8! pic.twitter.com/M0EM3NNd2p

The next installment (said to be a spinoff and part of the Quiet Place universe) of A Quiet Place is coming next year & will be directed by Michael Sarnoski.

The next installment of @quietplacemovie is coming next year & will be directed by Michael Sarnoski. And, #AQuietPlace Part III is coming in 2025. #ParamountPlus pic.twitter.com/im2R4jPwj5

Season 1 drops on March 24 on Paramount Plus.

Suit up, Spartans. The wait is almost over. #HaloTheSeries premieres March 24 exclusively on @ParamountPlus with a second season already ordered. pic.twitter.com/xWPP3wOJfE

Teenage Mutant Ninja Turtles CG-animated theatrical film with a series of exclusive movies for Paramount Plus beginning in 2023. Each will center on one of the property’s storied villains in never-before-told tales.

The upcoming animated movie, which hits theaters in 2023, is produced by Point Grey Pictures’ Seth Rogen and Evan Goldberg and directed by Jeff Rowe.

2023 will usher in a new era of Turtlemania with the theatrical release of a new Teenage Mutant Ninja Turtles movie from Seth Rogen, followed by a series of villain-driven @TMNT films exclusively for #ParamountPlus. Cowabunga! pic.twitter.com/pjjEHzIaz1

Three new SpongeBob SquarePants character spinoff movies for Paramount Plus are in the works at Nickelodeon Studios, which is in addition to a new theatrical release.

The first of the Paramount Plus SpongeBob character spinoff movies, which focus on different Bikini Bottom residents, will drop in 2023.

As the streaming home for Bikini Bottom, three new @SpongeBob character-driven movies are coming exclusively to #ParamountPlus, and a big theatrical tentpole is in the works. pic.twitter.com/qPUVJE7nJF

CG-animated preschool series in the works.

Presentation Showcases the Power of IP with Exciting Paramount+ Originals Across Genres, Delivering the Most Diverse Premium Content Slate in Streaming

Paramount+ to Include SHOWTIME® in New Integrated Bundle, Unlocking Both Services in Single User Experience

,   today announced that the global media company will become Paramount Global (referred to as ""), effective , bringing together its leading portfolio of premium entertainment properties under a new parent company name.

" is an idea: A promise to be the best," said , Non-Executive Chair of the company's Board of Directors. "That promise has always been at the center of what we aspired to build as the steward of more than a century of cinematic excellence, and with businesses and brands that have defined and redefined entertainment for generation after generation. We have made enormous progress, and I have never been more excited about the future of this company."

" iconic peak represents a rich history for our company as pioneers in the Golden Age of . Today, as we embrace the  name, we are pioneers of an exciting new future," said , President and Chief Executive Officer.

The company's shares will trade on the  as PARAA (Class A common), PARA (Class B common) and PARAP (Preferred Stock), beginning with trading on , at .

In addition to the name change, the company detailed plans to accelerate the global momentum behind Paramount+, unveiling new content, enhanced product offerings and continued international expansion at its investor event.

"We see a huge global opportunity in streaming, a much larger potential market than can be captured by linear TV and film alone," continued Bakish. "We're excited about our ability to not just compete, but thrive, creating significant value for both consumers and shareholders. How? Because we're broader in four key areas: our diverse content, streaming model, mix of platforms and global reach. As we look forward, the size of the opportunity we see is matched only by our ambition to seize it."

"On Paramount+, we have something for everyone," said Tanya Giles, Chief Programming Officer, Streaming. "We are taking our broad content offering and deepening it with more content in key categories, building on our treasure trove of IP to create lasting, hit franchises."

The best of the big screen keeps coming to Paramount+. The company announced that starting with 2024 film releases, Paramount+ will become the streaming home for all new Paramount Pictures movies in the  following their theatrical runs.

Additionally, an update in Kids and Family live-action programming included:

Paramount+ doubles down on adult animation with new takes and news on two of the most successful and well-known IP in the history of the genre:

In addition to these all-new titles, seven upcoming iterations from THE SHORE franchise will launch on Paramount+ in territories around the globe, including Argentina Shore,  and Australian Shore, with more cities to be announced.

And, the following top-performing reality series have been renewed for Paramount+: Queen of the Universe, RuPaul's Drag Race All Stars and The Challenge: All Stars. Internationally, global phenomenons Acapulco Shore, : Return of the OGs and  have also been renewed.

The Taylor Sheridan universe continues to expand with new chapters of the Dutton family drama with a new original from the Yellowstone co-creator announced today:

Additionally, casting and production updates were included for the following highly anticipated series:

New expansions of the most popular prime-time entertainment include:

Upcoming international hits in the making include:

These new titles join a growing roster of previously announced and highly-anticipated scripted series, including: Fatal Attraction, Grease: Rise of the Pink Ladies, Rabbit Hole and The Offer.

Additionally, Season 2 renewals for Halo, and international hits Cecilia and Los Enviados (The Envoys) were announced. Season 2 of Super Pumped and Season 7 of Billions for  were also ordered.

will continue the global expansion of Paramount+ in 2022. The company announced today that Paramount+ will make its debut in  as an exclusive bundle with CANAL+ Group, giving subscribers immediate access to Paramount+ through the country's largest provider. Paramount+ will also be available on an a la carte and direct-to-consumer basis in the French market.

With Paramount+ and SkyShowtime, the company will have streaming services available in more than 60 markets across the , , , , , the  and all major markets in  by the end of this year. In 2023, the company will look to ,  and the , building on Paramount+'s strong momentum to grow its presence in every region of the world.

Paramount+ subscribers will soon be able to enjoy  in a new integrated offering that pairs together both services in an unrivaled streaming collection of live and on-demand entertainment with critically acclaimed and boundary-pushing programming in a single user experience.

Starting this summer in the , Paramount+ subscribers will be able to upgrade their subscription to a bundle that includes the  service through two plans, providing a huge range of content at an incredible value:

Paramount+ has exceeded the company's goals since its launch, and ahead of schedule, as the key driver of  overall streaming growth. The company delivered more than 56 million total global streaming subscribers and 84% revenue growth in the direct-to-consumer segment in 2021.