A new episode of Marvel’s WandaVision airs today which happens to introduce a new character to the MCU and is a big surprise. 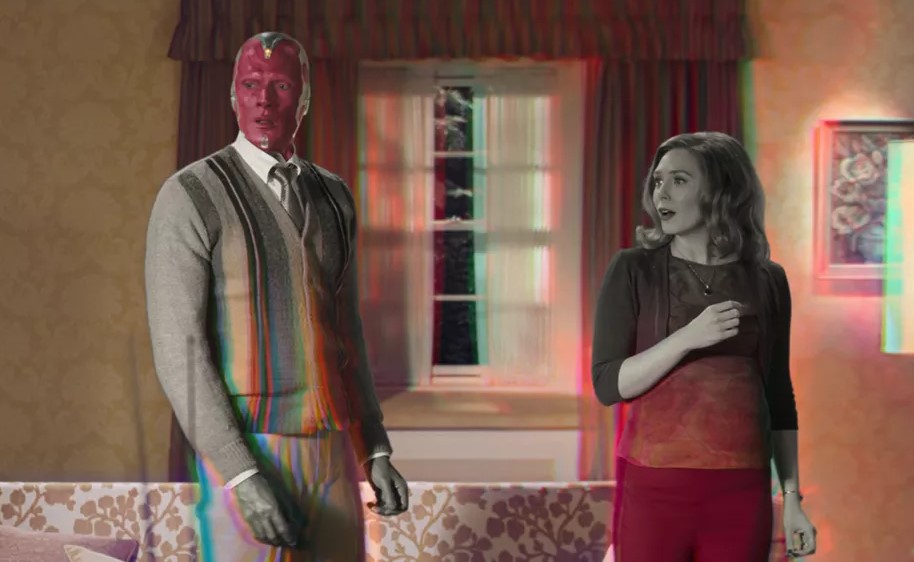 The episode is set in the 90s and follows last week’s stellar episode which saw Monica Rambeau ejected from Westview.

The “story” of the episode follows Wanda and Vision not being able to handle the twin babies crying and wanting a break, with Agnes arriving to babysit, however, things didn’t go exactly as planned and Agnes asks if they should do a reset, which Vision questions, but Wanda thinks things are normal.

The babies – and worth a note is that Wanda’s powers didn’t work on them to quiet them down – disappear only to be shown as five-year-olds where they get a puppy; however, when told they are told they have to be ten years old to keep the puppy, they age themselves to ten.

The puppy runs away and is found dead by Agnes in her bushes.

The boys want Wanda to bring back the puppy from the dead and tell her that she can do it, but Wanda looks at them questioningly and says that some things in life are set in stone, etc., which sees the boys tell her she can bring back the dead, which is when Vision comes to them and learns of the dead dog.

Vision begins to realize the truth and frees the mind of a co-worker who reveals how horrifying it is, which upsets and worries Vision who has been suspecting something is wrong.

Following the events from the last episode with Monica Rambeau, Rambeau reveals that she was being mind-controlled by Wanda and that it was terrifying.

Rambeau and SWORD send in a drone which is made up of ’80s parts, so Wanda won’t need to alter the drone to fit with her reality, so the drone works; however, unbeknownst to Rambeau, a missile was attached to the drone, but it failed to kill Wanda.

Wanda didn’t like that one bit and comes out of Westview with the drone in hand and throws it at Director Tyler, mind-controls all the soldiers, and gives them one last warning not to enter her town. It then looks as if Wanda fortifies the barrier surrounding Westview.

Fast forward to the end of the episode where Vision confronts Wanda about the town and says things are not right and brings up the co-worker who is not happy that he can’t talk to his family, etc.

Wanda seems confused, Vision says he doesn’t remember anything before Westview, and the two almost come to blows, but Wanda says she just wants Vision to be a father and husband.

Vision thinks Wanda is behind the doorbell ringing, but again she seems confused and says she didn’t do it.

Wanda goes to answer the door — and it’s her brother, Pietro!

However, it’s not Aaron Taylor-Johnson from The Avengers: Age of Ultron, it’s Evan Peters from the Fox X-Men movies!

Check out the scene below, and more possible big-time spoilers following the video.

The episode also saw Kat say that Wanda could have taken down Thanos, with Jimmy Woo stating Captain Marvel could have, too, which was a nice nod to The Avengers: Endgame.

I think it was Kat who also made a remark about Wanda recasting her brother, which was pretty funny as well. 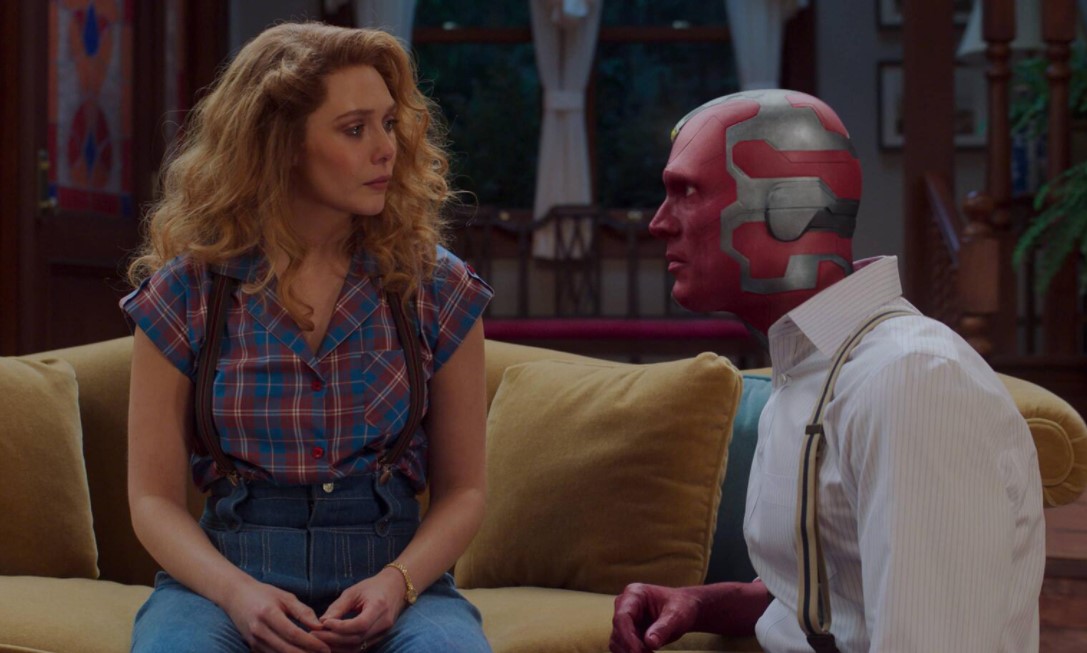 Note: I haven’t read any of the WandaVision spoilers, so what follows is based on rumors I have heard, so again, if you don’t want to possibly be spoiled, don’t continue.

We know Vision’s co-worker was mind-controlled, but Agnes obviously wasn’t and was “aware,” and likewise so was Monica Rambeau, and Wanda and Vision’s neighbor, Herb.

So why are some of the people mind-controlled while others are not?

Could Agnes and Herb be bad guys?

Maybe something else is behind Westview and Wanda’s alternate reality?

This brings us to Evan Peters’ Quicksilver.

Wanda seemed to think she wasn’t responsible for the doorbell ringing and thus bringing Evan Peters into Westview, but that could either be because she is confused (crazy) — or something else.

Of course, the other possibility is that Evan Peters is really the Quicksilver from the Fox X-Men movies and made his way through the Multiverse to the MCU via Wanda.

Quicksilver is a speedster, so maybe that plays into things.

Another possibility could be that Evan Peters is really Nightmare, as Wanda’s reality does seem like a nightmare, and Nightmare has been rumored as a villain for Doctor Strange 2.

I also have to say the WandaVision series is really good, so hats off to Kevin Feige for pulling this off. So far it’s really well done and the cast is great. Can’t wait for the next episode.