The Vision kills and rips out the heart of Corvus Claive in The Avengers: Infinity War alternate and deleted scene from the Infinity Saga box set.

The unused footage reveals that Corvus Claive, a member of the Black Order of Thanos, attempts to take the Mind Stone where Vision becomes incorporeal and puts his hands through Corvus Claive’s chest and rips out the heart.

Marvel and Kevin Feige decided not to use the footage for some reason, and instead went with keeping Corvus Claive to the end of the movie where Corvus Claive is about to kill Captain America, but Vision puts a spear through him.

When Corvus Claive returned in The Avengers: Endgame, he was put down by Okoye, also with a spear.

In the comics, the character has a larger role and is the leader of the Black Order and the favorite of Thanos, but for the MCU, Feige and the Russo brothers went with Ebony Maw; they even had plans at one time to feature more of the Black Order in the movie but had to cut things due to all the other characters.

Another cool deleted scene from the Infinity Saga box set also mentions the X-Men, Spider-Man and Hulk, with another featuring Thor and Loki suiting up against Hela. 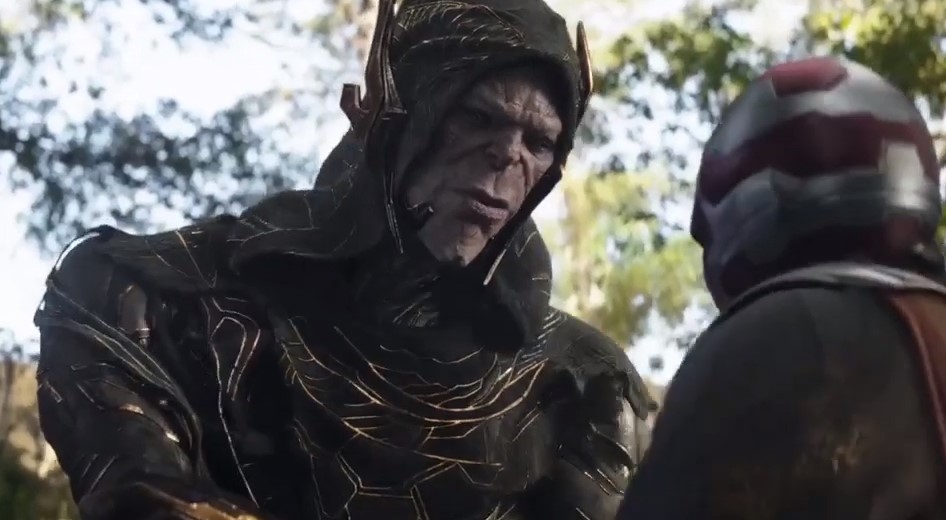 Corvus Glaive scenes in Infinity War and The Avengers: Endgame: