Check out Thor and Loki teaming to take down their sister Hela in an alternate deleted scene from Thor: Ragnarok from the Infinity Saga box set.

The original plan was that when Thor and Loki went to Doctor Strange, they met up with Odin in an alleyway where they had the big fight with Hela.

The scene was even teased in trailers for the movie.

However, Marvel, Feige, and director Taika Waititi decided against using the alleyway scene, as Waititi explained back when Thor: Ragnarok first came out back in 2017:

Here’s the thing, mate. Here’s the thing: Alleyways aren’t cool, and fields are cool, all right? Ask anyone. We originally shot some of that stuff in a setting that was set for New York, and what we wanted to do was to have them go down to Earth and they see Doctor Strange and stuff, but it felt too convenient that he was suddenly just down the road, in an alley, and also everything up until then had been so fast-paced and all over the place, we wanted to go somewhere peaceful and actually chill out with those characters, and be with Odin and pass this wisdom and stuff, and not have to hear like stupid yellow cabs honking out the back. It just felt like a terrible environment to have a scene which could be very emotional for what happens with Odin and the boys, and the first time we’ve ever seen the three guys all together, and him telling them he loves them, and acknowledging Loki as his son. It was just very important for us to be in a kind of beautiful, peaceful environment.

I think they made the right choice as how it was done in the film was more personal.

Also check out Vision ripping the heart out of Corvus Claive’s chest and mention of the X-Men, Spider-Man and Hulk. 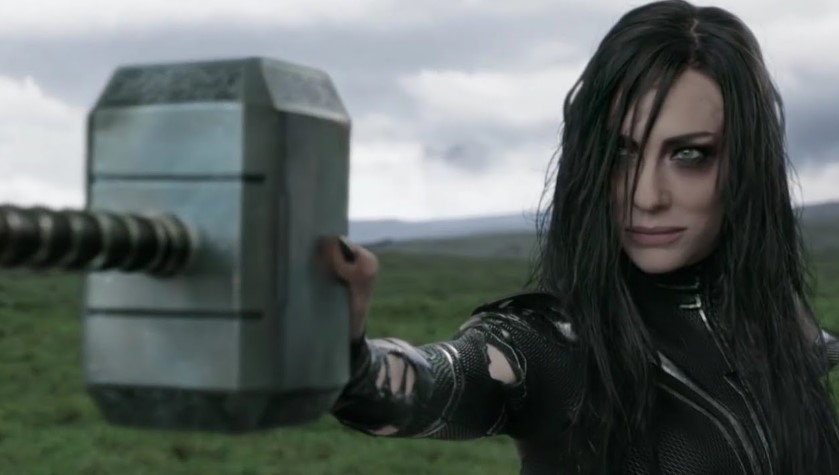 Cool #InfinitySaga alternate deleted scene with #Thor and #Loki meeting #Hela in the alleyway they decided against using #ThorRagnarok pic.twitter.com/GO5bzxladl