As expected, the latest episode of Marvel's Hawkeye on Disney Plus happened to feature none other than Vincent D'Onofrio as the Kingpin.

The episode saw it revealed that Florence Pugh's Yelena Belova was hired as a Black Widow assassin through the Kingpin via Kate Bishop's mom, Eleanor Bishop, played by Vera Farmiga.

Yelena showed a photo to Kate Bishop of the Kingpin and Eleanor together - where the Kingpin happens to be using his trusty cane from the comics - and told Kate she was hired by her mom to kill Clint.

Following the episode on Wednesday, Vincent D'Onofrio reacted as follows on social media, and worth a note is that the Kingpin appearance happens right in time with the release of this week's Spider-Man: No Way Home.

The moment when every Comic Book fan in the world screamed late at night #Hawkeye #Kingpin pic.twitter.com/WepnnqRbh8 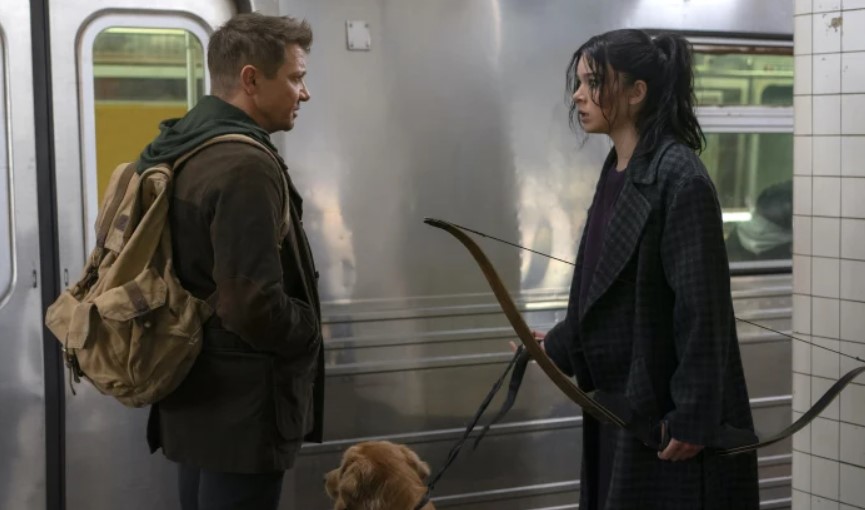 The episode also revealed that Yelena was Snapped and returned five years later only to learn that her sister, Natasha (Scarlett Johansson), had died, and she blames Clint for her sister's death.

Another reveal included that an informant of the Kingpin gave Ronin the information about killing Maya's father, as the Kingpin wanted her father dead, so it appears as if Fra Fee might have been that informant.

As I tweeted, the episode was actually really good and it showed "what could have been" if Jeremy Renner and Hawkey were allowed to appear in Black Widow, as the episode was better than the movie, but woke Kevin Feige axed the Avengers actors from Black Widow because they're white dudes.

What was also funny is that the episode didn't need Kate Bishop but they threw her in there anyway saving Clint's hide.

I guess we also were made to believe that Kate is some kind of badass with the archery and fencing trophies shown on her wall from when she was a kid (lol), and it was hilarious the way the episode made Kate come off as a wannabe cosplayer Avenger the way she was talking to her mom about being a "superhero" and how Kate talked to Yelena as if she could take her down.