Infinity Gauntlet Thanos and the Black Order join MARVEL Strike Force which rings in its 2-year anniversary with a slew of action-packed updates and entertaining events to honor their dedicated community of S.T.R.I.K.E. Agents.

To kick off the celebration, MARVEL Strike Force is introducing a brand new group of brawlers — Thanos’ ruthless henchmen, The Black Order. Players can add the following characters to their squads in the coming weeks to rule over opponents, just as Thanos would have it.

The Dark General makes her way into MARVEL Strike Force as one of the members of the insanely powerful Black Order. As one of the Controllers for the Black Order, tag team attacks with Corvus Glaive while clearing enemy Buffs. In addition, Proxima Midnight is able to apply Offense Down to multiple enemies as well as applying Stun and Slow to single out targets. Be sure to watch out for her Event Campaign in game to unlock her!

The Black Order’s Stealth Assassin is also infiltrating MARVEL Strike Force as one of the newest Brawlers. Like Proxima Midnight, Corvus Glaive also teams up with Proxima Midnight to attack and clear Buffs from the enemy. While Stealthed, deal increased damage to enemies that Pierce enemy Armor.

Towering over enemies as one of the newest Protectors, Cull Obsidian devastates enemies with heavy blows while protecting his allies. Cull Obsidian Taunts enemies, clears all Debuffs from himself, and gains Defense Up and Deathproof to force enemies to attack him instead of his allies. Additionally, he can Heal himself and transfer enemy Buffs to himself. Passively, Cull Obsidian will attack enemies that attack Thanos or Ebony Maw.

Ebony Maw is the Black Order’s dark sorcerer that specializes in buffing his allies while weakening his enemies. Ebony Maw gains Defense Up and applies it to all allies. He also steals portions of the enemy's health and gives it to allied Black Order members and Thanos. Passively, whenever a Hero Controller dies, Ebony Maw applies Barrier to all allies and gains Charged. On the next enemy turn, he'll ability block all enemy Hero Controllers and lose Charged. His Special gains Counter to himself, Black Order Allies, and ally Thanos. His Ultimate lowers the enemy Speed Bar and fills ally's speed bars. 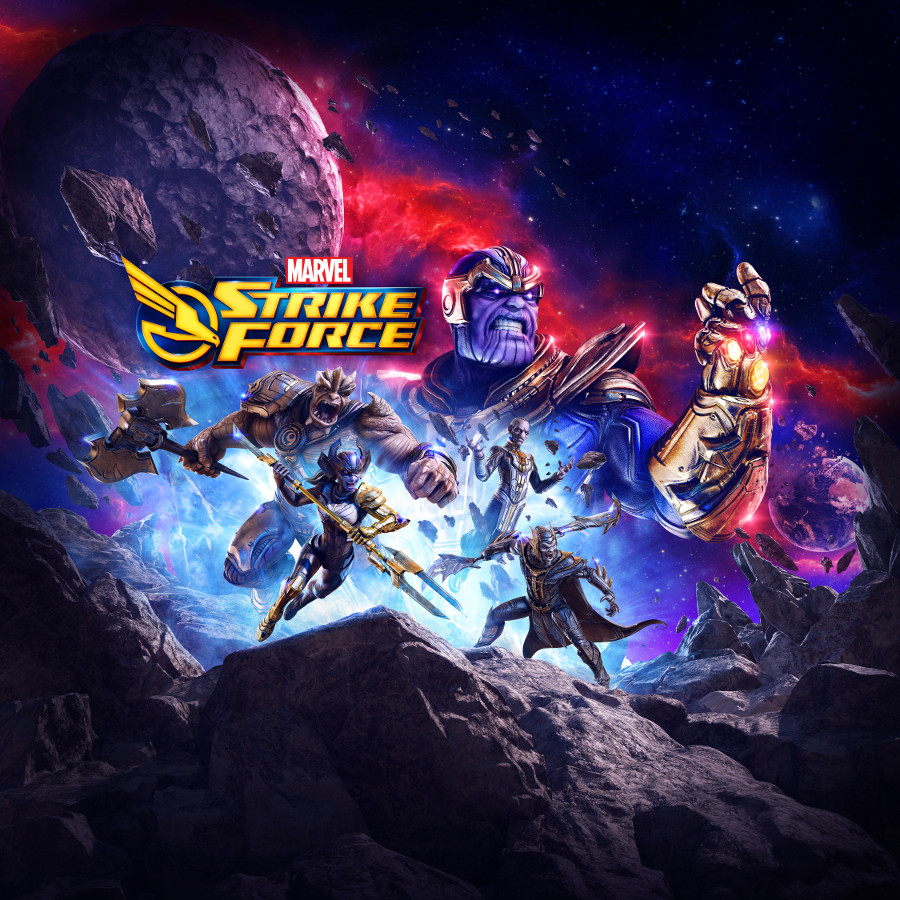 Along with the new characters, MARVEL Strike Force has announced that S.T.R.I.K.E. agents will soon be able to battle their friends with long-anticipated arrival of VS. Battle mode! The new mode will allow players to initiate challenges between their contacts and Alliance members — including the ability to draft a team from their roster and ban opposing characters. Reward opportunities for battles will be available later down the line.

MARVEL Strike Force has earned recognition as the 2019 Google Play Awards’ Best Breakthrough Game of the Year, as well as Apple’s Editors’ Choice Award in the App Store.