A new Texas Chainsaw Massacre trailer has been released for Netflix as the flick gets released on Friday, Feb. 18 featuring the return of Leatherface.

Netflix also describes the flick as: “In this sequel, influencers looking to breathe new life into a Texas ghost town encounter Leatherface, an infamous killer who wears a mask of human skin.”

The movie is directed by David Blue Garcia and stars Sarah Yarkin, Elsie Fisher, Nell Hudson, and Jacob Latimore as a group of friends who make the mistake of traveling too far away from the big city.

“I think the first movie really hit a nerve when portraying that culture clash between the countryside and the city,” Álvarez told EW.com. “Back in the ’70s, the hippies were representing the youth of the city. This time, they’re more like millennial hipsters from Austin who are very entrepreneurial and have a dream of getting away from the city and back to the countryside. They’re trying to gentrify small-town America — and let’s just say they encounter some pushback.”

Álvarez also added about Leatherface, “It’s basically the same character, who is still alive, [from the original film]. Our take on it was this guy probably disappeared after everything he’s done. You know, how do you catch a guy who has a mask? Once he removes the mask and runs away, it’s very easy for him to hide somewhere. This story will pick it up many, many years after the original story. He’s been in hiding for a long, long time, trying to be a good person. These people arriving in this town are going to awaken the giant.” 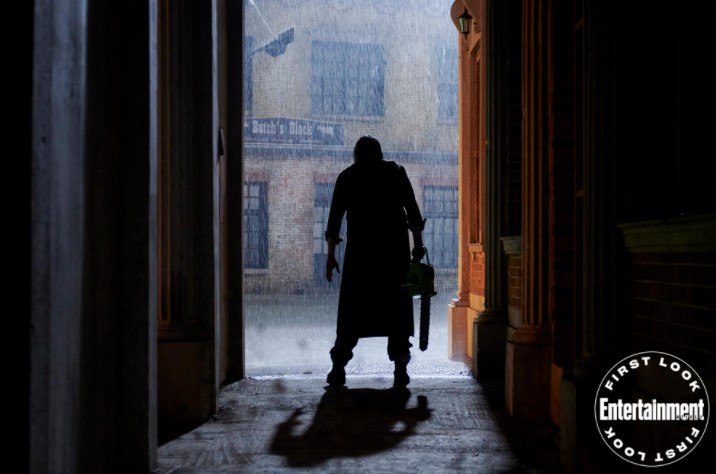