What is being claimed to be the Star Wars: Episode 9 poster has leaked online offering a look a new and returning characters, but unfortunately it is textless and doesn’t feature the official title.

The poster prominently features Rey and Kylo Ren – no Luke – Finn, some kind of alien, C-3PO with Chewy’s weapons, Poe, another character, BB-8, a new droid, Chewy, what looks to be the Knights of Ren, those elite red Stormtroopers, Y-Wing, a new Tie variant and more.

More than likely this is some sort of Star Wars: Episode 9 promo poster that will be able to be purchased on various online shops.

Update: Mark Hamill tweeted that he thinks it is fan art.

Update #3: With character reveal image below.

The movie will also be at next month’s Star Wars Celebration in Chicago as part of the Episode 9 panel with Kathleen Kennedy, J.J. Abrams, and the cast, so hopefully, we do get some official info and footage then. 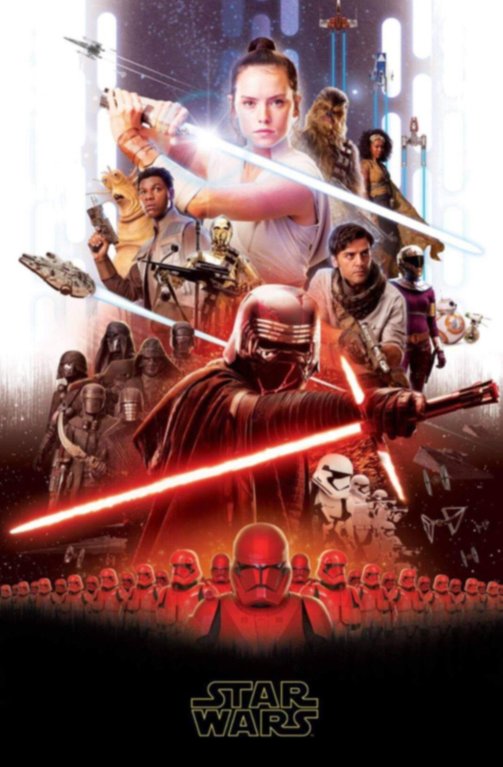 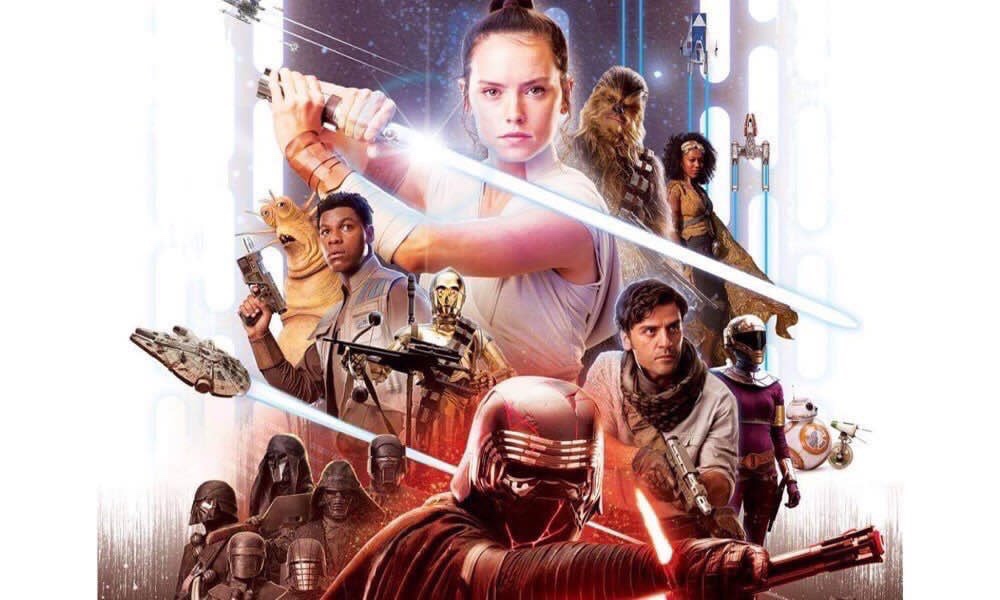 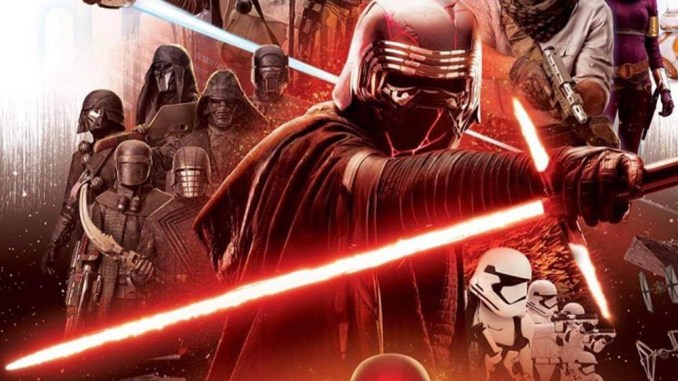