Spider-Man: Far From Home Takes Off With United Airlines

"Prepare for takeoff. Spider-Man: Far From Home is coming to a theater near you this summer," United Airlines tweeted.

The scenes of Peter Parker and his friends traveling to Europe take place on one of United Airlines' Boeing 777s with the all-new United Polaris business class. Several of United Airlines' employees served as actors and production support during shoots at New York/Newark and London-Stanstead.

"When we parked the plane at Stanstead, there were lights and cameras surrounding us. It was like the plane was the star of the movie," Los Angeles (LAX) Aircraft Maintenance Supervisor Fernando Melendez said. "Each day, we would work with the assistant director; he would go through and say, 'Okay, for this shoot we need these seats, or these panels removed,' so they could get the camera angles. Pretty much, the airplane was our responsibility; we opened it in the morning and closed it at night. We were the first ones there and the last ones to leave every day." 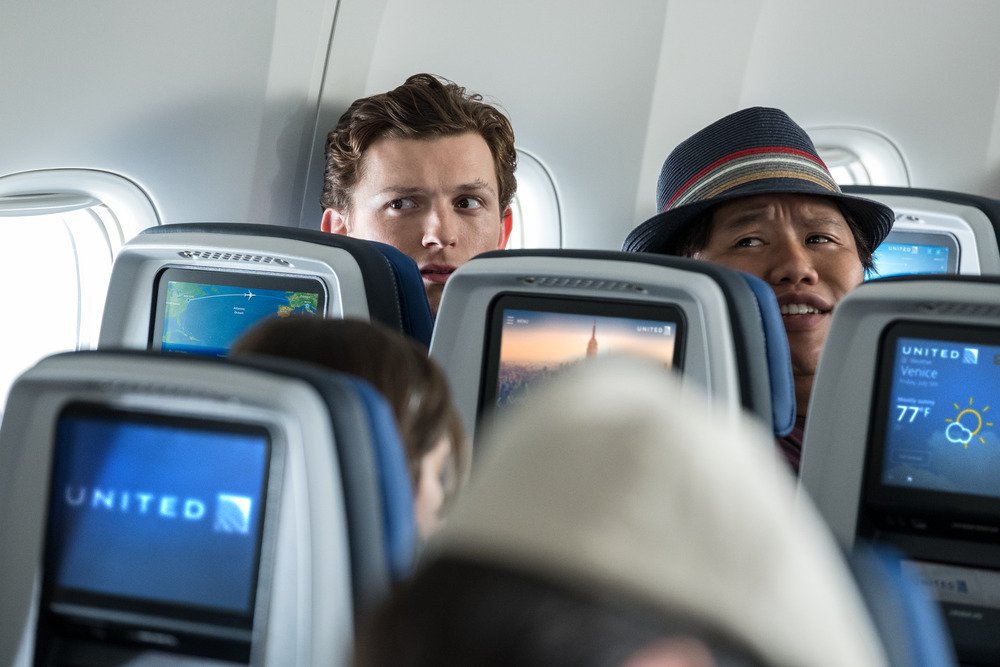