Sony and Marvel released the Spider-Man: Far From Home Extended Cut in theaters with around 4 minutes or so of deleted footage.

No worries if you are not going to see it in theaters as the deleted footage will be a bonus feature on the Blu-Ray with Peter’s “To Do List.” 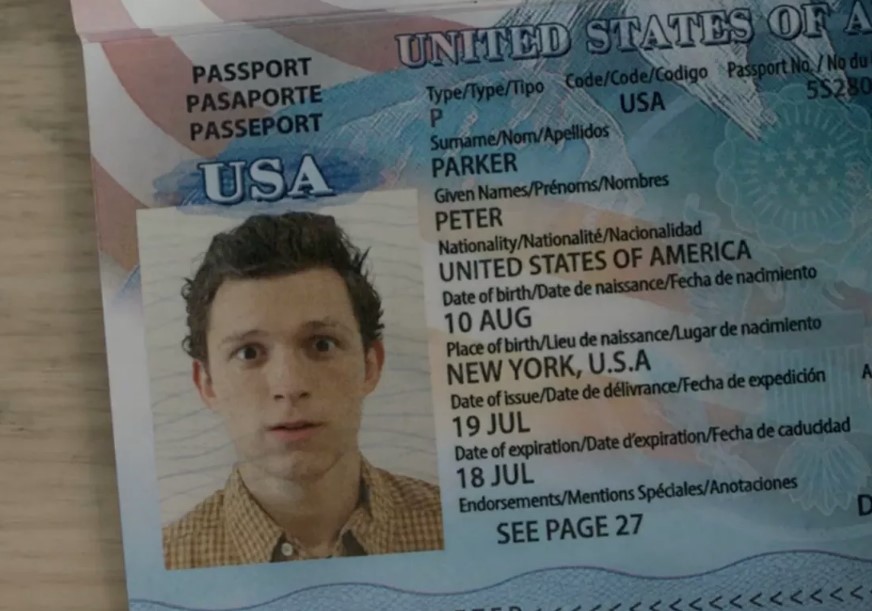 – Peter and Ned are walking down a hallway at Midtown High, with Peter telling Ned how he is going to take down the Manfredi crime family. Ned asks Peter if he needs help, “Oh! You need some kind of chair help?” with Peter replying no, he’s good.

– The next scene shows Peter at the Post Office where he is in a long line to get a passport. Peter activates a Spider-Bot from his backpack to sneak in and turn one of the “closed” lines to “open,” which shows the attendant looking questionably and eating her lunch. “Hey, Peter Parker here to pick up a passport, please,” he says.

– The third scenes shows Peter at Delmar’s Deli-Grocery, which is rebuilt as it was destroyed in Spider-Man: Homecoming. Mr. Delmar asks Peter if he is planning a trip and that if he can come. Peter replies, “It’s a science trip. The history of science, Tesla, Da Vinci and all that,” which sees Mr. Delmar reply, “I’m good.” Peter then asks for a dual headphone adapter in fumbled Spanish, which sees Mr. Delmare reply, “Your Spanish needs some work.”

– A fourth scene that didn’t make it has Peter at a pawn shop selling his He-Man, ThunderCats and Star Wars action figures to buy MJ that necklace. The clerk asks Peter if he is sure about that, with Peter replying that he wants to buy a girl he likes something nice. The clerk replies, “I hope she’s worth it,” with Peter asking for the Star Wars Lobot action figure (Lando Calrissian’s bald Cloud City administrator in Return of the Jedi that wears a cybernetic headpiece) back. “Thanks, yeah. I’ll keep that one,” Peter says.

– The fifth scene is the Iron Spider battle that was included in trailers but not in the final version where Spidey takes down all those Manfredi crime boss bad guys and jokes with the cops. The scene sees Spidey getting shot and pretending to be hurt, but he jokes, “Just kidding! It’s bullet proof.” The scene involves some other jokes and one-liners: “I got a lot to do today!” “Alright, I’m gonna give this place one star,” “That’s it. I’m definitely not giving you a 20% tip.” 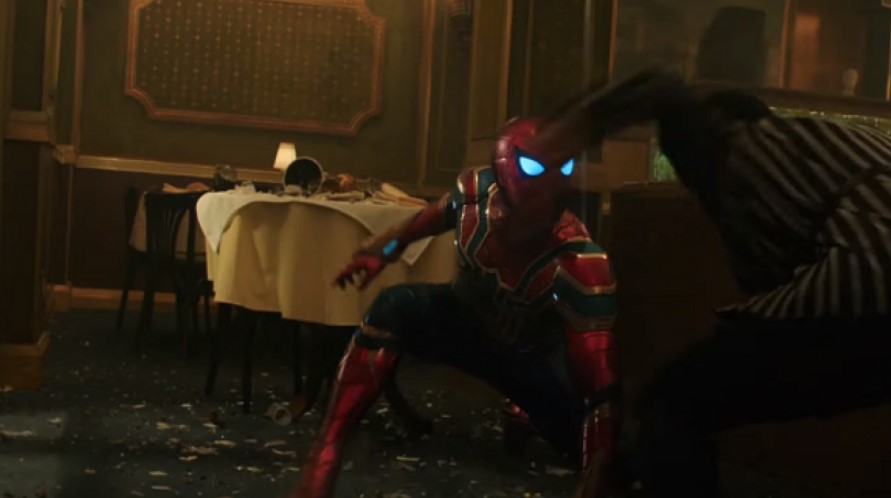 Why was the Spider-Man: Far From Home footage cut?

Regarding why the scenes were cut, back in June saw director Jon Watts offer that it had to do with the pacing of the movie.

“It’s funny because it seems like such an epic scene, but it was just part of a Peter’s errands montage,” Watts told Screen Crush about the Iron Spider and the cut scenes. “Things that he had to do before he left on his trip. He had to pick up his passport. He went to Delmar’s Deli, which has been rebuilt since it was blown up in Homecoming. He had to get a travel adapter and his dual-headphone adapter for the flight. And he had to take down this giant gang. [laughs] Those are his list of things he had to do before he went on his trip. We cut it out of the movie just for pacing; it wasn’t really necessary. But we’ve turned it into its own little short film that will be on the Blu-ray and on the digital download. They were fun little scenes, they just ended up not being necessary for the larger story we were telling.”