Sony has announced that Aaron Taylor-Johnson has been cast as Kraven the Hunter in the upcoming movie as part of their Spider-Man spinoff universe.

It’s reported Aaron Taylor-Johnson has signed a multi-picture deal to play the Spider-Man villain, with J.C. Chandor (Triple Frontier, The Connection) onboard as the director, Art Marcum & Matt Holloway and Richard Wenk wrote the screenplay, with Avi Arad and Matt Tolmach producing.

Sony describes the flick as the next chapter of Sony’s universe of Marvel-licensed characters.

Aaron Taylor-Johnson of course is no stranger to comic book movies having played Kick-Ass as well as Quicksilver in the MCU.

According to Deadline, after Sony saw Taylor-Johnson’s scenes with Brad Pitt in the upcoming Bullet Train movie, they were so imprssed that Sony acted fast to get him on the phone with Chandor where the pair hit it off and the deal was signed fairly quickly. 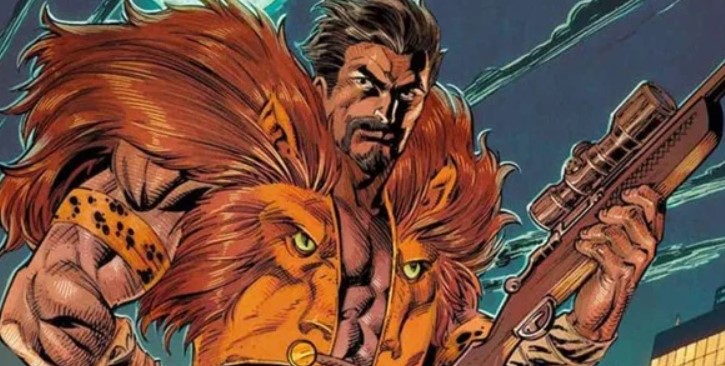 Kraven was a maniacal big game hunter who sought to defeat Spider-Man to prove that he was the greatest hunter in the world. Unlike other hunters, he typically disdained the use of guns or bow and arrows preferring to take down large dangerous animals with his bare hands even though he often made elaborate preparations to weaken a quarry before hand. He also used a mystical serum to give him similar strength to Spider-Man, but even without the serum he was a threat to the wall-crawler. However, Kraven’s continual underestimation of the superhero’s resourcefulness made him a frustrating quarry.

For a time, he gave up hunting Spider-Man, but his manipulative lover, Calypso Ezili, tricked him into believing Spider-Man set his caged animals free. Goading Kraven into resuming his pursuit, both she and Kraven were arrested. Convinced he would never be worthy of Calypso’s love until he humbled Spider-Man, Kraven once again hunted Spider-Man. This time, Calypso muted Spider-Man’s spider-sense, while the two battled. When Kraven realized Calypso had drugged Spider-Man with a hallucinogenic dart, he stopped the fight out of honor. The police captured the two again.

After numerous battles in which Kraven was bested by the Wall Crawler, he finally defeated Spider-Man by shooting him and burying him for what would be his last hunt. He then donned Spider-Man’s black costume and set out to prove that he was a greater Spider-Man than Spidey himself. He hunted down and defeated the creature known as Vermin who previously was only able to be defeated after Spider-Man enlisted the help of Captain America.

The still living Spider-Man, who had actually been shot with a tranquilizer dart, clawed his way out from the grave and attacked Kraven but the hunter did not retaliate. Believing that he had regained his honor, Kraven released Vermin onto the streets. Spider-Man pursued Vermin while the deranged Kraven took his own life.

Years later while Spider-Man was meeting with Al Kravinoff in a villains bar, Kraven reappears greyer but still alive.