Tom Holland shows off the Spider-Man suit and teases the day of filming was one of the highlights of his career.

While we can only guess what Tom Holland might be referring to, it could be that Holland may have filmed scenes with Toby Maguire and Andrew Garfield, both of whom are rumored to be returning as Spider-Man as well.

The untitled Spider-Man 3 appears to be a Multiverse movie that connects to Doctor Strange 2, as Benedict Cumberbatch is also starring in the movie.

Recently also saw Elizabeth Olsen hint her Scarlet Witch could follow WandaVision and appear in Spider-Man 3, and Zendaya recently almost let it slip that she filmed scenes with Alfred Molina who is said to be returning as Doc Ock from the Sam Raimi Spidey movies.

Jamie Foxx is also said to be back as Electro from The Amazing Spider-Man films. 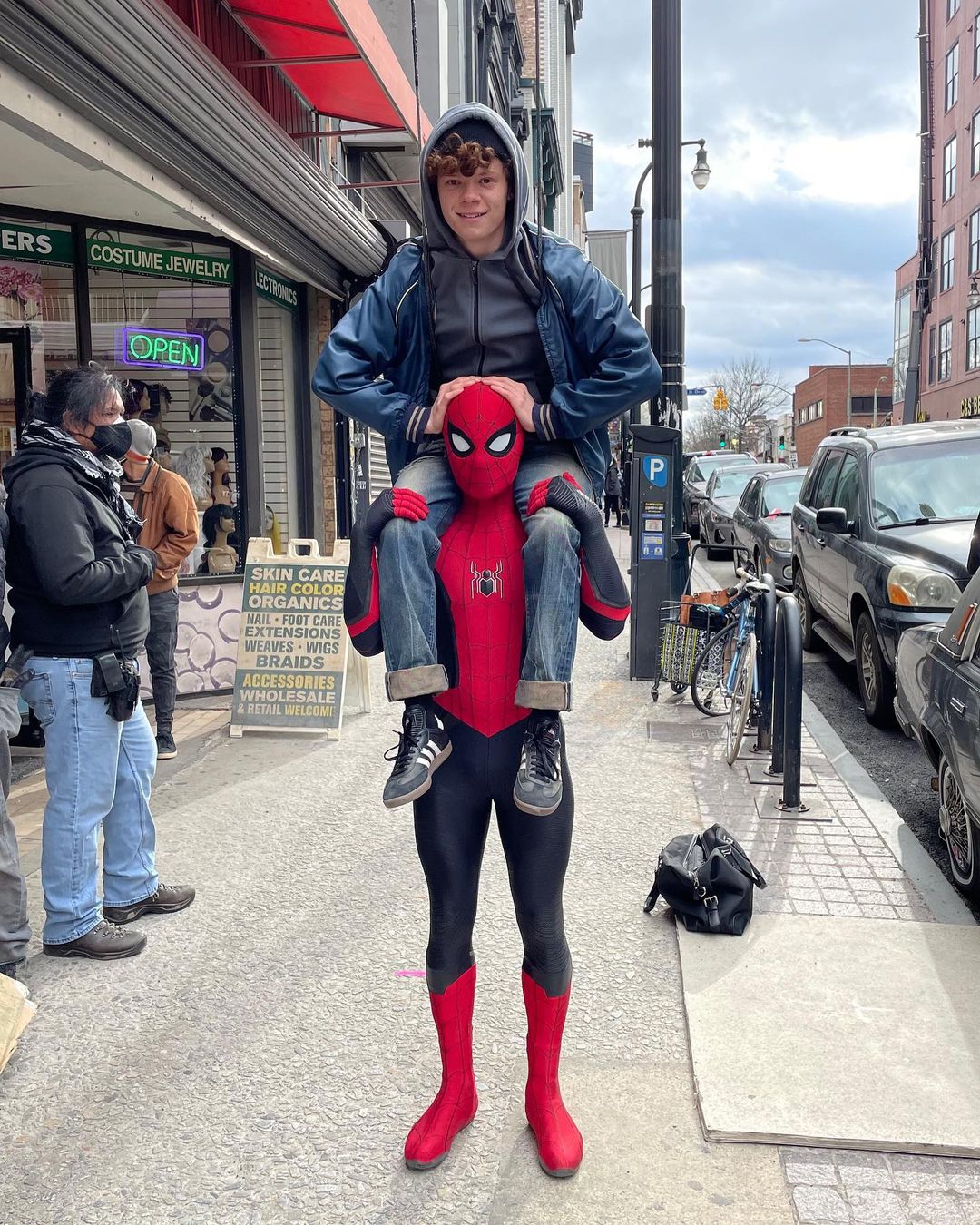