Image Comics President and Spawn creator, Todd McFarlane, will pay tribute to Chadwick Boseman in the upcoming Spawn #311 with a cover in memory of the late actor who brought to life Marvel’s Black Panther character in the Avengers films.

Chadwick Boseman recently passed away at the age of 43 due to colon cancer which he was battling since 2016.

"Given the limited amount of minority characters in the comic industry today that are considered major Superheroes, I thought it appropriate for one of those well-known heroes (Spawn) to pay tribute to a man who made a lasting impact on helping shape such a strong superhero of color," said McFarlane. "Chadwick Boseman is a person who honed his skills and then made a career using them. Then he fought a fight against his own body that showed the true spirit of this man. We should all admire the traits Chadwick shared with us. And the inspiration he gave to millions of children around the globe who got to see a strong, meaningful and proud hero that looked like themselves."

Spawn #311 Cover B by McFarlane (Diamond Code AUG200369) will be available at comic book shops on Wednesday, October 28. 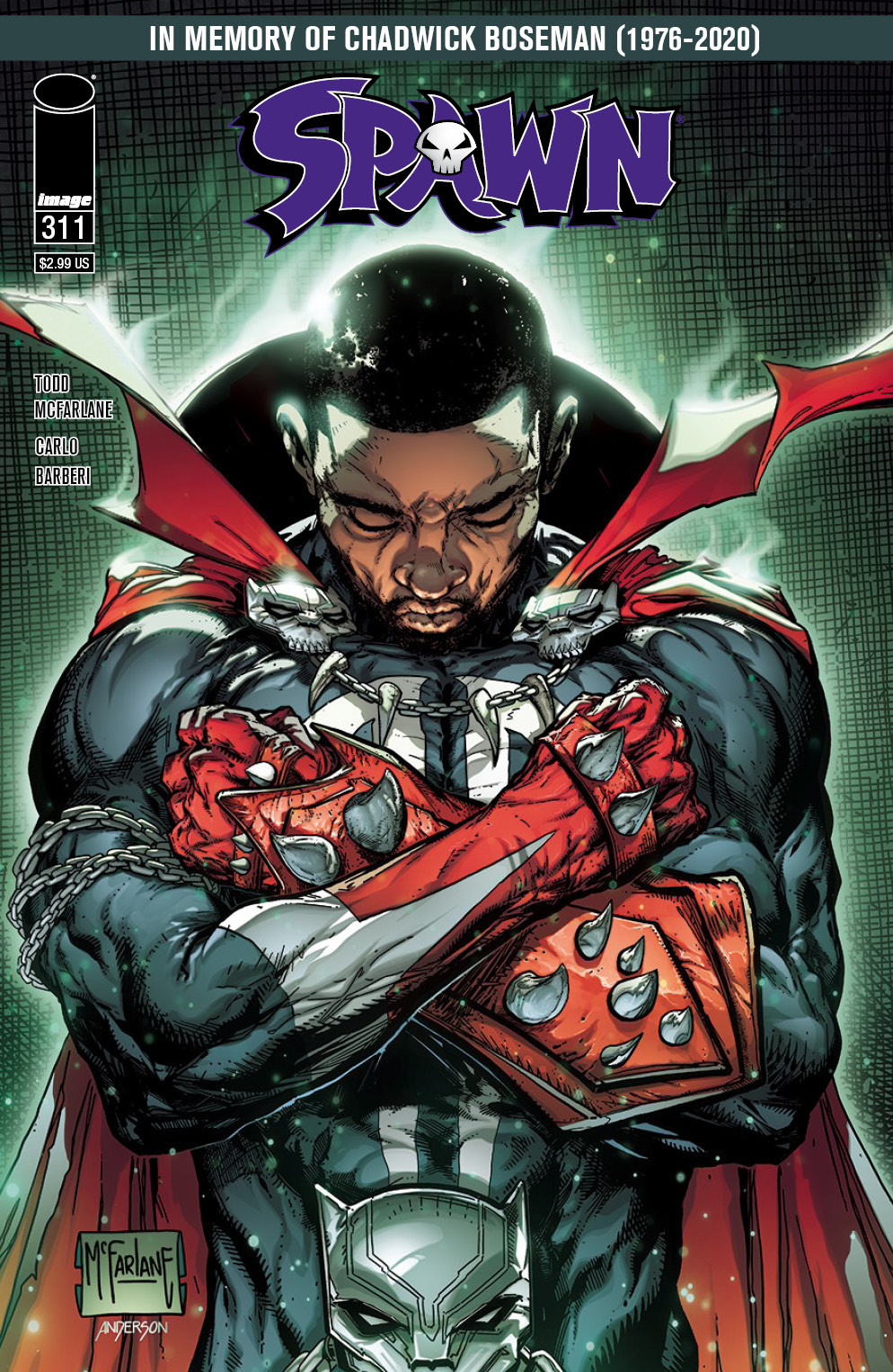 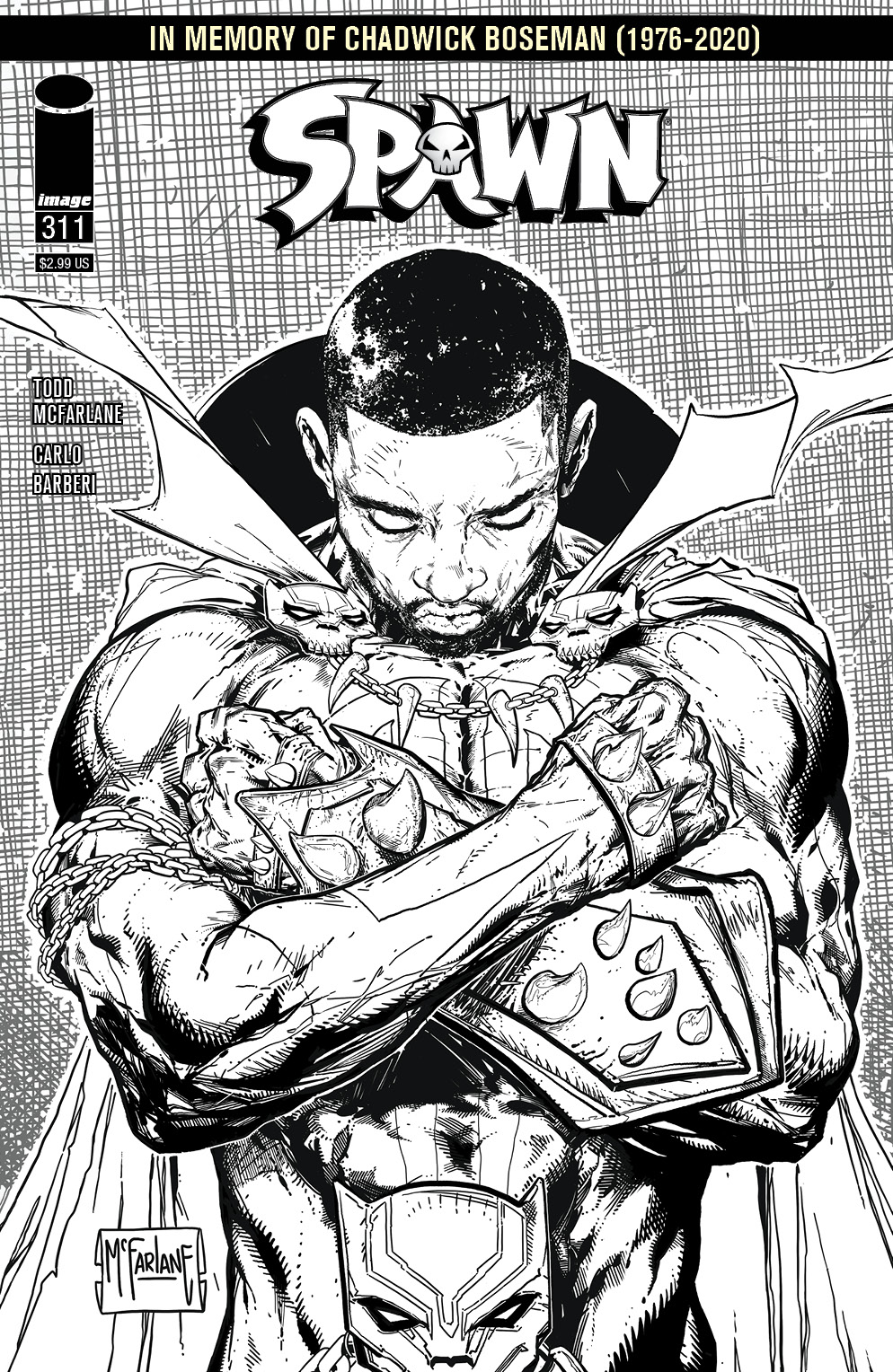 At the time of his death, the family of Chadwick Boseman released a statement about the actor:

"It is with immeasurable grief that we confirm the passing of Chadwick Boseman. Chadwick was diagnosed with stage III colon cancer in 2016, and battled it these last 5 years as it progressed to stage IV," said the statement.

“A true fighter, Chadwick persevered through it all and brought you many of the films you have come to love so much,” said his family. “From Marshall to Da 5 Bloods, August Wilson’s Ma Rainey’s Black Bottom and several more — all were filmed during and between countless surgeries and chemotherapy. It was the honor of his career to bring King T’Challa to life in Black Panther.”'

The statement added: "He died in his home, with his wife and family by his side. The family thanks you for your love and prayers, and asks that you continue to respect their privacy during this difficult time."