The Snyder Cut reveals behind-the-scenes images - in full color - of the Justice League movie that will be released next year on the HBO Max streaming service.

Earlier also saw Junkie XL offer a preview of the official score, and new images, including a massive Ben Affleck Batman, have been released.

The behind-the-scenes images include a look at Zack Snyder in Star Labs, the scene involving what looks to be Martian Manhunter as Ma Kent as we see Diane Lane is holding a cup of coffee which is similar to Zack's storyboards, a Bat Cave scene, and more.

The Snyder Cut will be released in four parts with plans to eventually release a four-hour epic film.

Zack has confirmed that Harry Lennix, who plays General Swanwick, is Martian Manhunter. 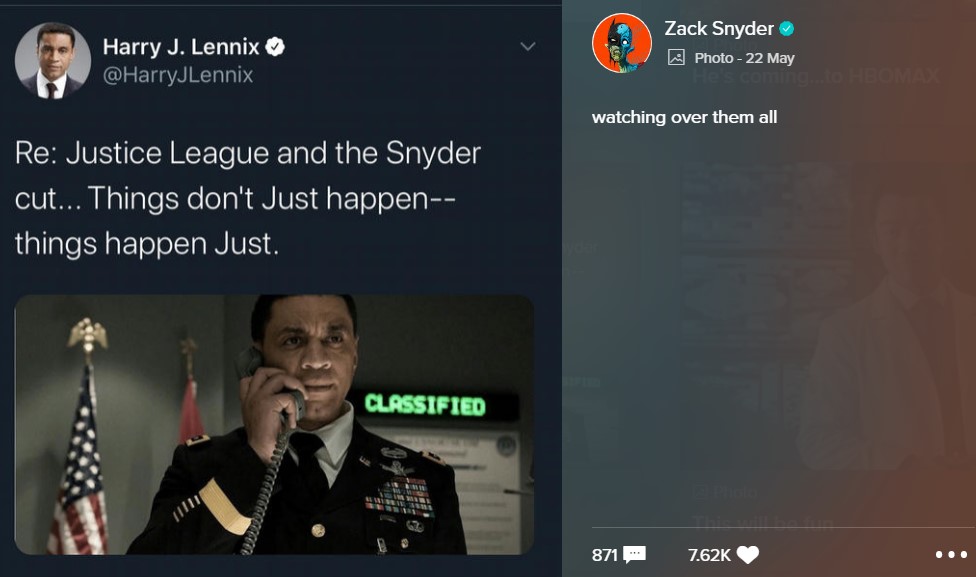