From Donny Cates, the writer of Cosmic Ghost Rider and the current Guardians of the Galaxy, comes Silver Surfer: Black, with art by Tradd Moore.

Marvel.com revealed the details about the new mini-series which follows the Silver Surfer having been blown into a black hole in Guardians of the Galaxy #1.

“When Donny Cates wrote the first issue of the new GUARDIANS OF THE GALAXY series, we both agreed that Silver Surfer’s adventure wasn’t going to end there, that there was still more story to be told about what happened to all the cosmic heroes that got sucked into the Black Order’s wormhole. But Donny’s imagination really kicked into gear when artist Tradd Moore signed on! Readers won’t realize it, but SILVER SURFER: BLACK is a culmination of everything Donny has been writing since his THANOS run. And Tradd Moore is delivering some of the craziest visuals seen in a Marvel Comic today!”

Check out the cover from Tradd Moore, with the variant cover from Nick Bradshaw below. 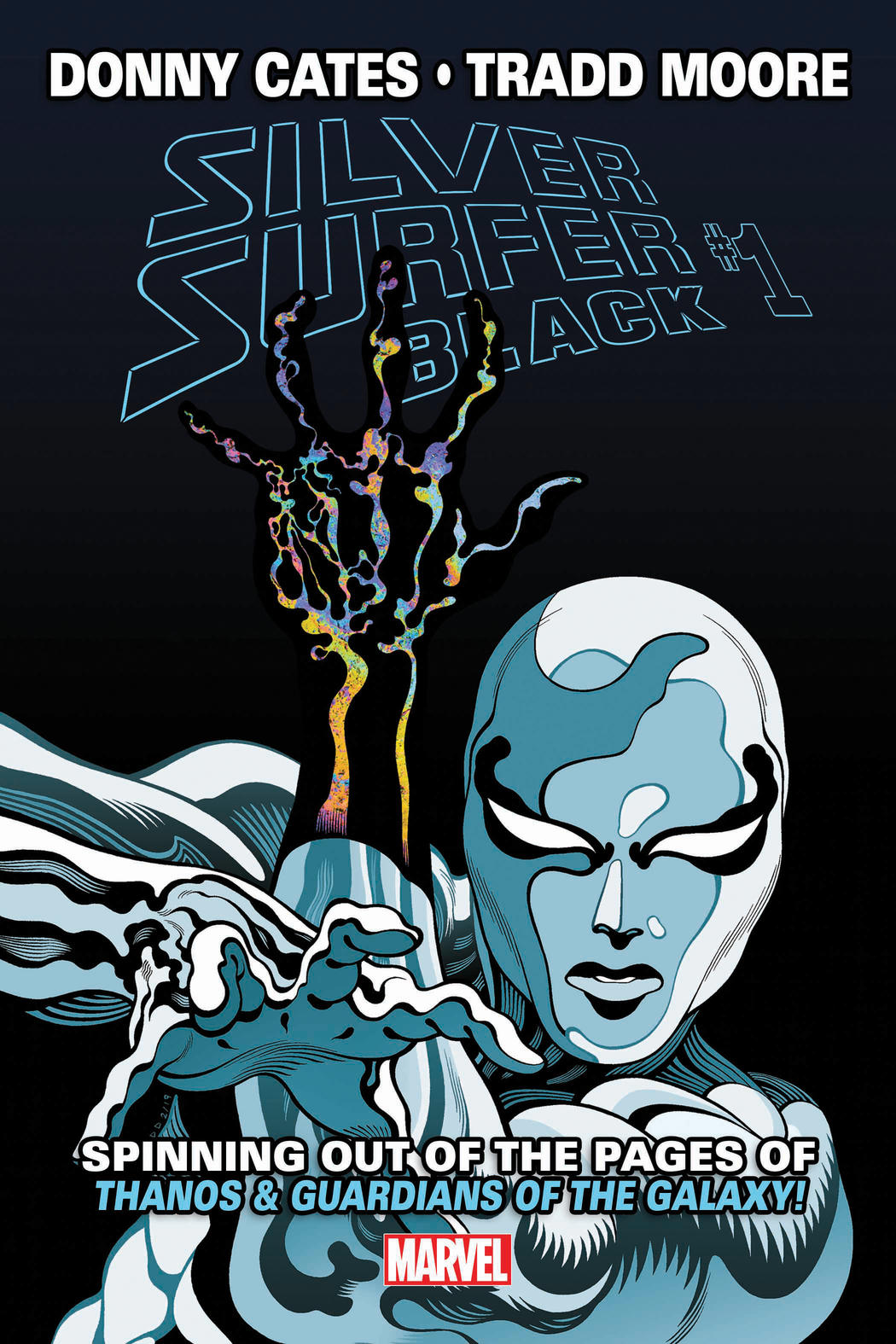 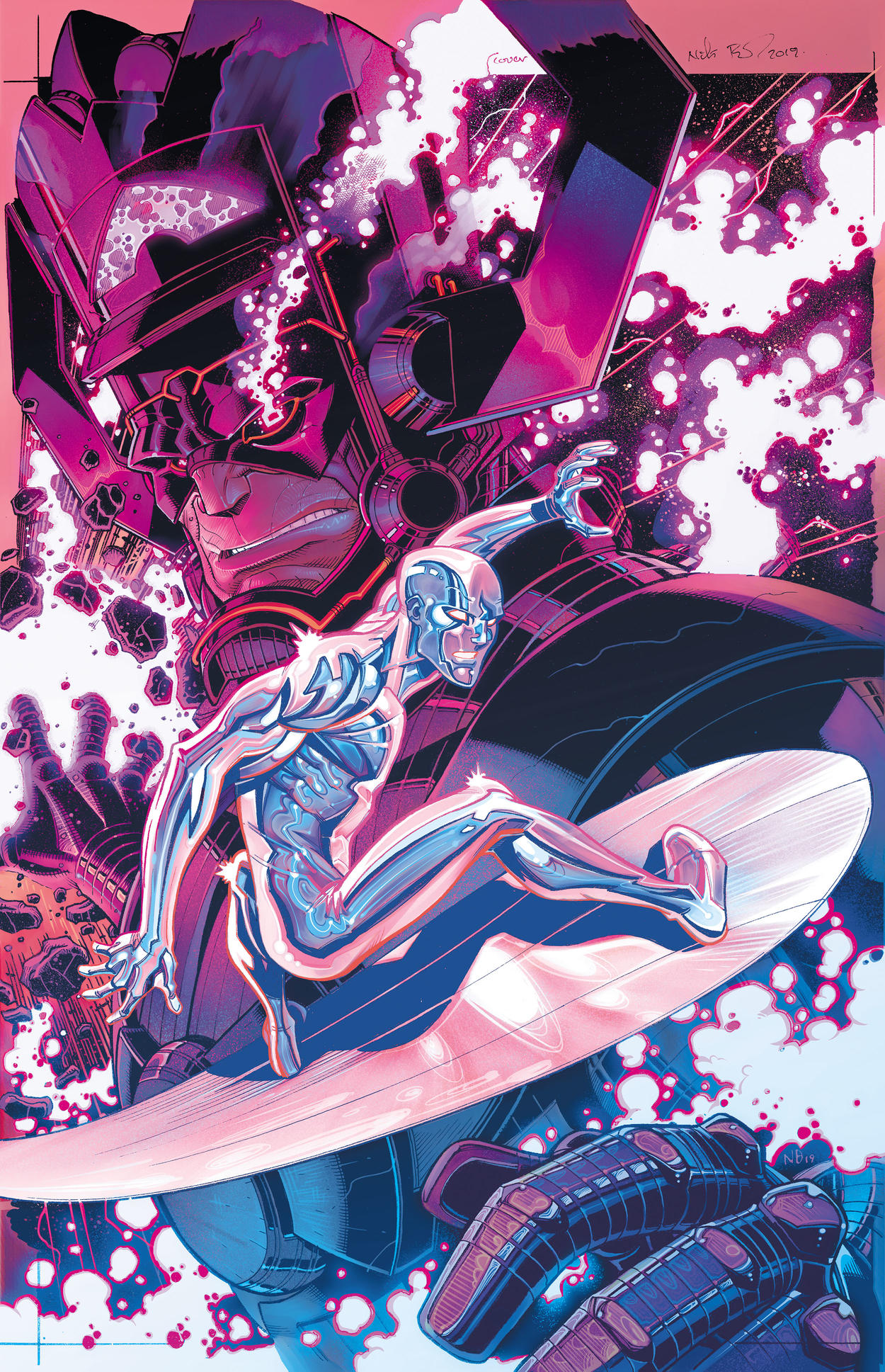