Following recent rumors, Eiza Gonzalez may indeed be starring in Shazam! 2 as both the director, David F. Sandberg, and Zachary Levi seemingly tease the involvement of the actress who is rumored as Hawkgirl.

An Eiza Gonzalez fan account on Twitter pointed out that Zachary Levi had recently started following Gonzalez on her Instagram, where Sandberg had some fun and posted who he is following which includes characters from Sesame Street along with "eyes" emojis.

So Sandberg seems to be joking that since he is following Gonzo, Cookie Monster, and Big Bird, that it means they will appear in Shazam! 2 as well: 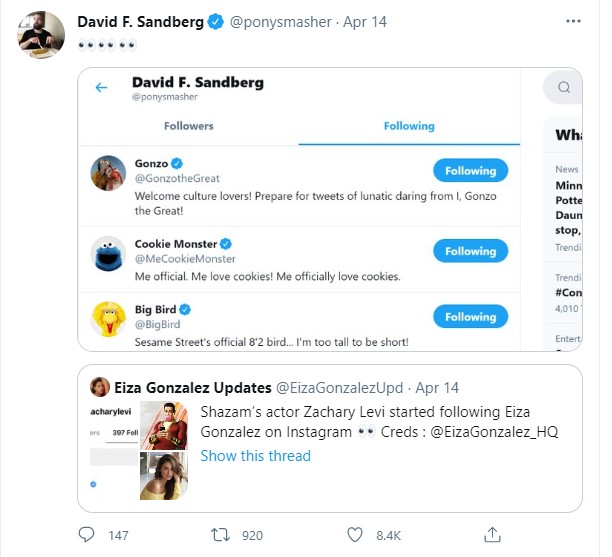 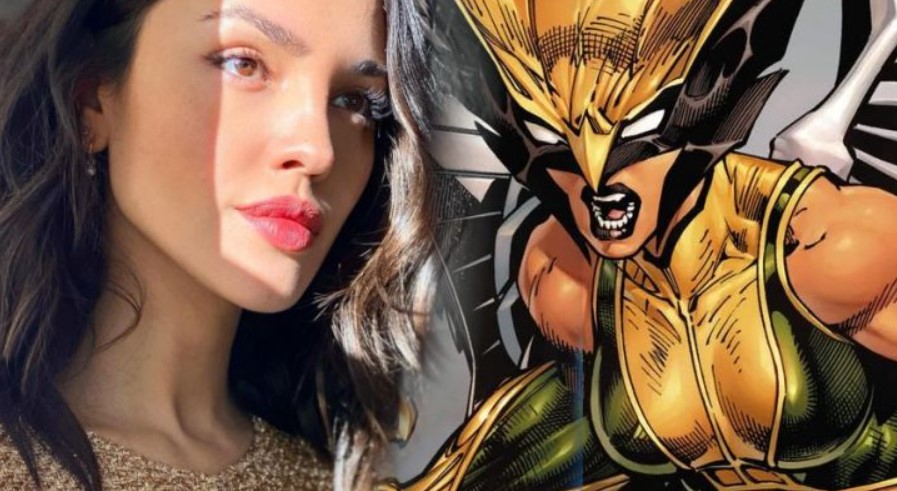 Regarding the Eiza Gonzalez rumor for Shazam! 2, last month saw anonymous Hollywood scooper "deuxmo," who puts out a gossip e-mail newsletter (and has been written about by Vanity Fair), offer: "Eiza Gonzalez is being considered for Hawkgirl in the Shazam sequel."

So now that Zachary Levi has started following her, fans are guessing Eiza Gonzalez is Hawkgirl.

What's interesting is that originally Hawkgirl was going to be a part of Dwayne Johnson's Black Adam, as Hawkman is in the flick, but Johnson confirmed they were not allowed to use the character, so it's again guessed Hawkgirl will appear in Shazam! 2.