Sebastian Stan is in super shape for the upcoming The Falcon and the Winter Soldier Disney Plus series as the Avengers: Endgame actor shared a pic of himself on social media showing off his abs.

“After 7 years with @donsaladino I caught a good day, sucked it up and finally posted this… Been working with this guy through years of self judgement and mental wars when it comes to fitness and LIFE, and TODAY I’m giving myself a break and acknowledging the hard work we’ve done for @355movie (and this other small thing we got comin’ ;)) ! Proud of what we’ve accomplished pal! Love you. And thank you. #donsaladino #drive495 #355movie#marve l#TheFalconAndTheWinterSoldier,” Stan posted on Instagram.

IMDb also lists Sebastian Stan as voicing Winter Soldier in the upcoming Disney Plus What If? animated series for the first episode. 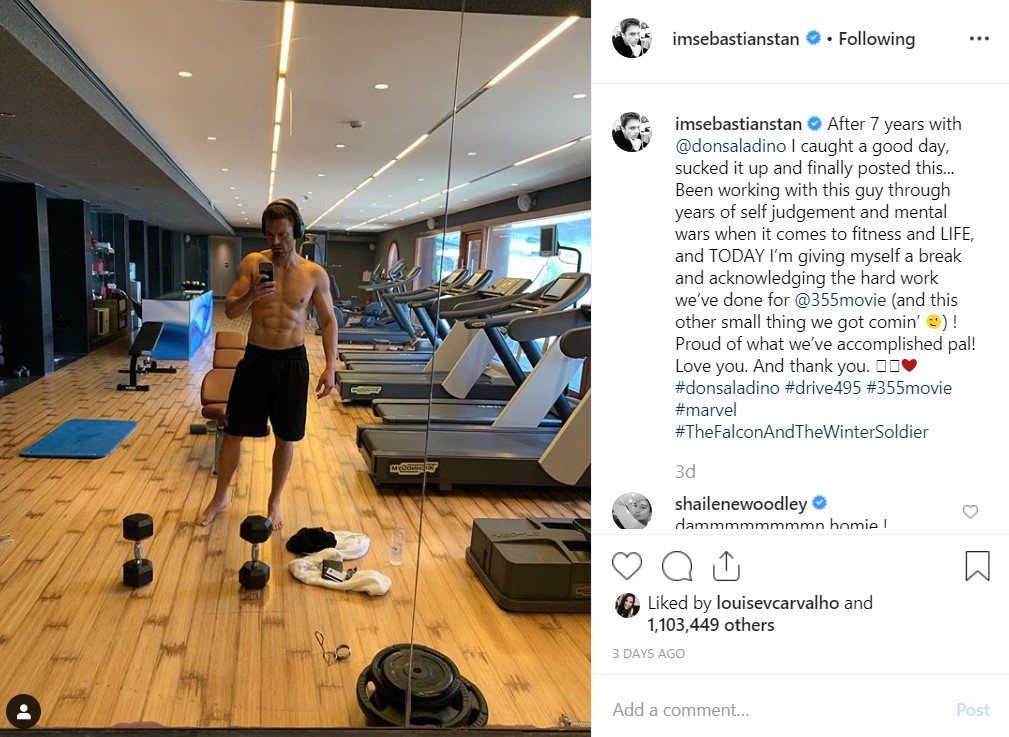