September looks to be a good month for Marvel Cosmic fans as solicits also reveal that possibly Quasar and Darkhawk might joining Donny Cates’ Guardians of the Galaxy.

With the release of the September 2019 solicits, the cover for Guardians of the Galaxy #9 reveals Quasar and Darkhawk in addition to a batch of other characters.

Cates did reveal on Twitter that he has been fielding a lot of requests for both Quasar and Darkhawk, so we see he has come through for the Marvel Cosmic fans again.

Just this month saw Quasar, Darkhawk and Nova a part of the Guardians of the Galaxy annual.

In addition to Guardians of the Galaxy #9, the September solicits also reveal Peter David on Guardians with his Prodigal Son limited series, and the stellar Annihilation Omnibus is getting a new printing.

GUARDIANS OF THE GALAXY #9

DONNY CATES (W) • CORY SMITH (A) • Cover by PATCH ZIRCHER
IMMORTAL WRAPAROUND VARIANT COVER BY TBA
• The Guardians have been torn asunder by the Universal Church of Truth!
• After revealing his secret, Rocket has come out of hiding to help rescue his former team…but will Groot be able to forgive him long enough to save their friends…
• …or is this the end of the Guardians?!
32 PGS./Rated T+ …$3.99 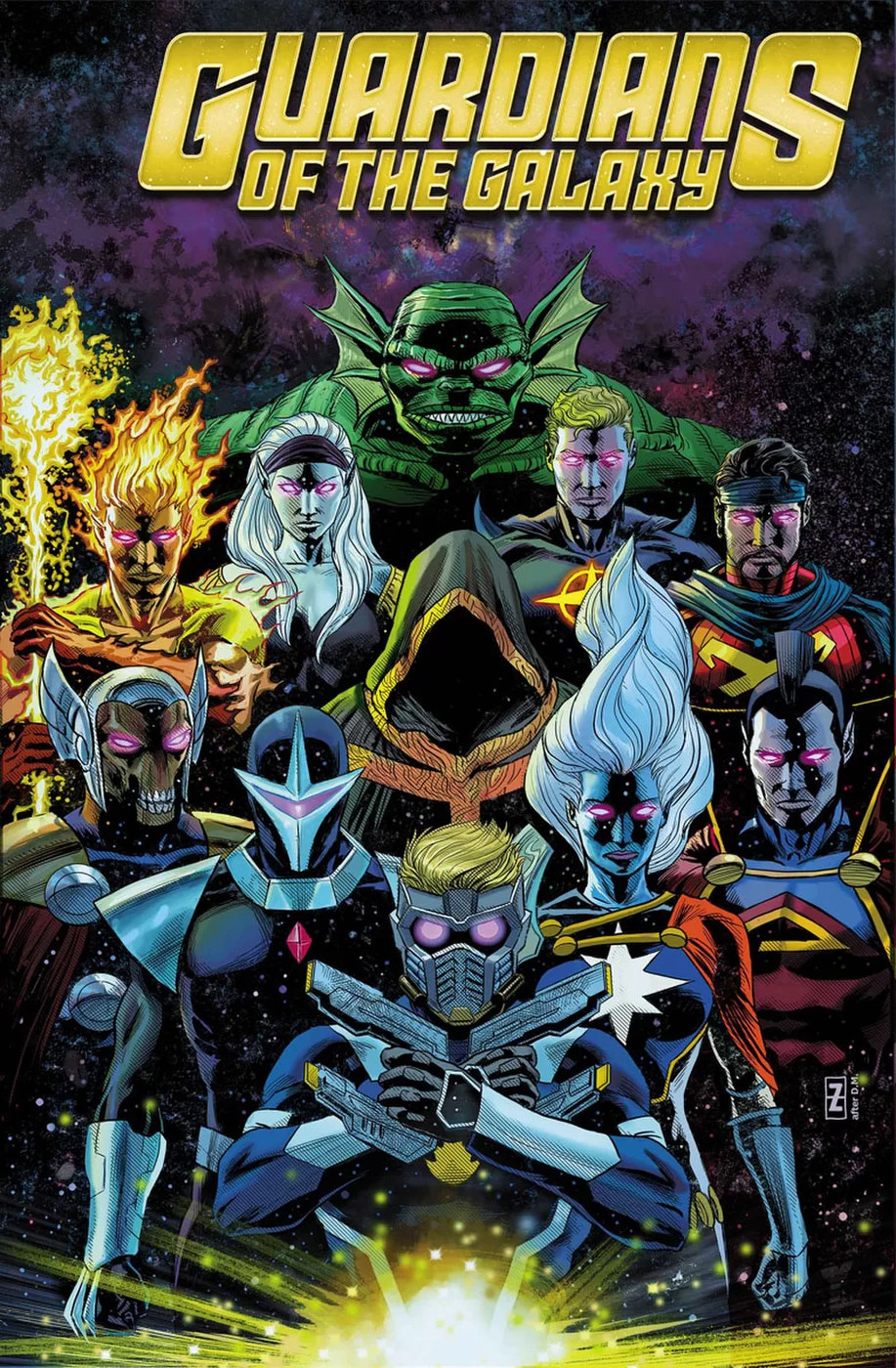