The author of the book series, Rick Riordan, announces the news, with reactions found below.

It's announced that the Disney Plus Percy Jackson and the Olympians series has cast Walker Scobell in the titular role, with the 13-year-old known for recently starring in Netflix's The Adam Project with Ryan Reynolds and Mark Ruffalo.

The author of the book series, Rick Riordan, who is also involved with the show, announced the casting news.

"Walker Scobell is an incredibly talented young man who blew us away with his audition tapes for the role of Percy," Jordan posted on his website. "Many of you recently discovered how great Walker is when you watched his movie The Adam Project, in which Walker lit up the screen as a younger version of Ryan Reynolds’ character. We were fortunate enough to audition Walker months before that movie came out, but the film only confirmed what we already knew about his talent. It was obvious to me and the rest of the team that Walker had the perfect mix of comedic timing, sweetness, rebelliousness, snark and heroism to embody our hero Percy Jackson."

Jordan continued, "I got to deliver the news to Walker personally via Zoom back on Jan. 28 that he had been chosen for the part, and it was a magical moment that made me feel for the first time: 'Okay, this is real. This is worth all the waiting and the hard work. This project is going to be amazing.' It has been tough keeping this information under my hat because I was so excited to share the news with the fans!"

Per Deadline, details for the series include Riordan and Jon Steinberg will serve as writers of the pilot episode, and James Bobin will direct. Steinberg will oversee the series with his producing partner Dan Shotz. Steinberg and Shotz serve as executive producers alongside Bobin, Riordan, Rebecca Riordan, Bert Salke, Monica Owusu-Breen, Jim Rowe and The Gotham Group’s Ellen Goldsmith-Vein, Jeremy Bell and D.J. Goldberg.

The Disney Plus series is also obviously not connected to the movies that starred Logan Lerman as the series is based on Riordan’s books which follow a 12-year-old modern demigod who’s just coming to terms with his newfound supernatural powers when the sky god Zeus accuses him of stealing his master lightning bolt; now Percy must trek across America to find it and restore order to Olympus. 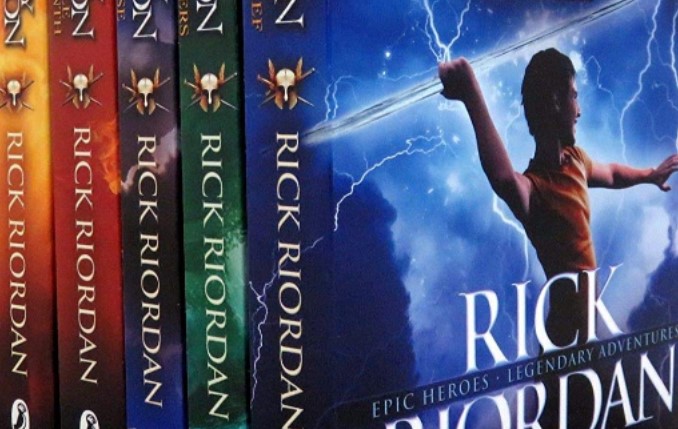 Walker Scobell is a 'super-fan' of the #PercyJackson books, reveals Rick Riordan