Patty Jenkins doesn’t like the Joss Whedon Justice League movie and says that she, along with all the DC directors, think it’s trash.

Cinema Blend spoke to Jenkins and asked if she saw the theatrical release of Justice League and if she got a chance to see how Gal Gadot’s Diana Prince was handled in the flick. Jenkins responded:

The Justice League? … No, I think that all of us DC directors tossed that out just as much as the fans did. But also, I felt that that version contradicted my first movie in many ways, and this current movie, which I was already in production on. So then, what are you going to do? I was like… you would have to play ball in both directions in order for that to work. The only thing I have done, and have always tried to do, is — I knew, when Zack was doing Justice League, where she sort of ends up. So I always tried… like, I didn’t change her suit, because I never want to… I don’t want to contradict his films, you know? But yet, I have to have my own films, and he’s been very supportive of that. And so, I think that that Justice League was kind of an outlier. They were trying to turn one thing into, kind of, another. And so then it becomes, ‘I don’t recognize half of these characters. I’m not sure what’s going on.’ 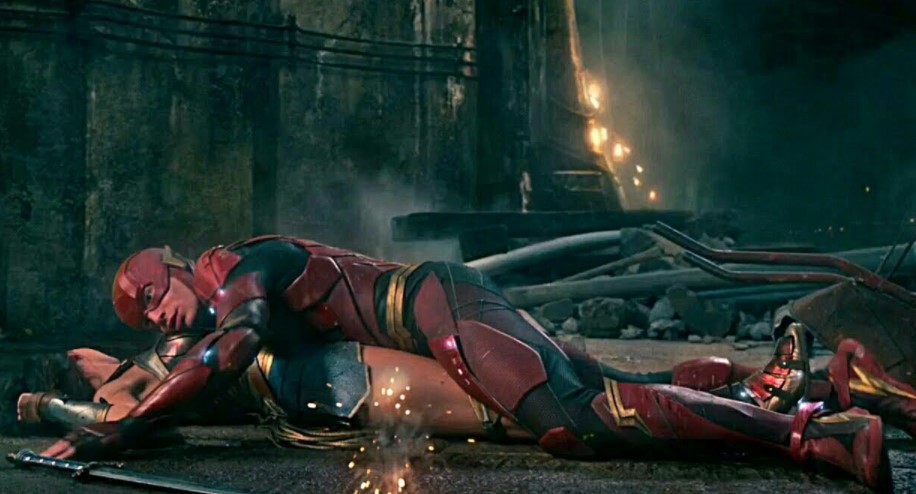 Regarding how the Joss Whedon Justice League movie may have contradicted the Patty Jenkins and Zack Snyder version of Wonder Woman, fans think that Whedon “sexed up” Wonder Woman too much by making her seem like more of a sex object than a powerful woman.

Examples include that scene with The Flash landing on top of Wonder Woman (pictured above), which was super-cringy, and it’s also something that Gal Gadot refused to film so a double had to film the scene, Wonder Woman talking with Cyborg, flirting with Batman, and Aquaman gushing after her.

What I find interesting about what Jenkins has to say is that it seems Wonder Woman 1984 is closer to Whedon’s Justice League than anything Zack Snyder has done, as WW84 seems to be a much goofier and lighter take compared to the first Wonder Woman which took a rather serious approach and was more in line with the Zack Snyder Wonder Woman from Batman vs. Superman and more than likely the upcoming Snyder Cut.

Jenkins also happened to work on WW84 with Geoff Johns.