Ozzy Osbourne and Todd McFarlane are appearing together at the San Diego Comic-Con with Stern Pinball.

Making its biggest splash yet, Stern Pinball will be unveiling a new booth (#3721), exciting new partnerships, and of course its beloved Pop-up Arcade at the Marriott Marquis.

In conjunction with new booth partner, Rebellion Republic will be bringing its world-class music merchandise to the SDCC, and together with Stern Pinball will be hosting living legend and rock god Ozzy Osbourne and comic book artist Todd McFarlane. The pair will be unveiling new artwork and a special edition comic by McFarlane for Osbourne’s highly anticipated album Patient Number 9. Just announced this week, both Osbourne and McFarlane will be doing signings at the Stern booth to celebrate this momentous collab. Stay tuned for the signing schedule and your chance to purchase SDCC exclusive merch. McFarlane also directed the Patient Number 9 music video.

Heres a BTS of the #PatientNumber9 music video directed my ME! https://t.co/dXAbswzWqF

Stern is so happy to announce we will be back at San Diego @Comic_Con!

Joining us at the Stern booth will be LEGENDS @OzzyOsbourne and @Todd_McFarlane Oh, and the Stern Pop-Up Arcade is back and bigger than ever! 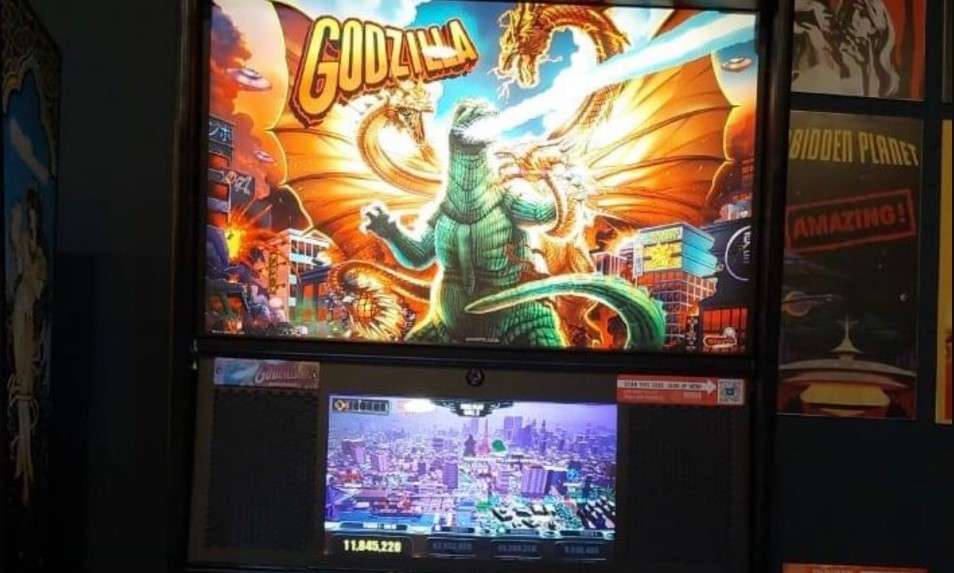 Returning this year, the Stern Pinball Pop-up Arcade will include all of the latest Stern Pinball machines featuring the award-winning Insider Connected platform.  Both casual and serious players are encouraged to stop by the Pop-up Arcade to hang out, relax, earn achievements, high scores and enjoy endless hours of free pinball play. Registration for Insider Connected is available at insider.sternpinball.com/.  Players can register at a connected game by scanning a QR code or at the Stern Pinball website. Once a player registers, they are issued a unique QR Code that can be used to identify that player at any connected Stern pinball machine anywhere in the world. When a player logs into the machine, they can track progress, earn new game-specific achievements, engage with the player community, and participate in promotions and Challenge Quests.

New to the arcade this year will be special guest booth Toho which also has Godzilla stomping into Comic-Con.

Toho Company, Limited, is a Japanese entertainment studio focused on the development, production, exhibition, and distribution of powerful live-action and animated content including motion pictures, television, and theater. In 1954, the studio released the iconic film “Godzilla,” giving birth to one of cinema’s most enduring and celebrated icons loved by fans across the globe.

Come find Stern Pinball on the show floor at booth #3721 or stop by the Pop-up Arcade at the Marriott Marquis.