The Mission Impossible 7 trailer has leaked online and it's epic as it reveals a first look at footage from the movie including Tom Cruise, Hayley Atwell, Esai Morales, and lots more.

The trailer looks to have been leaked from an international source as there are foreign subtitles, and worth a mention is that a trailer was released last month at CinemaCon.

It's also thought the Mission Impossible 7 trailer will be released with the release of Tom Cruise's Top Gun: Maverick this week, which gets released on May 27, 2022.

The trailer also looks to be the same or very similar to the one released at CinemaCon where there is tons of action including car and motorcycle chases, horse chases, desert vistas, submarines, exploding green poisonous gas, sword-fighting, trains, shots of Venice, the Vatican, Cruise in the desert, and the trailer ends with an epic stunt scene involving Tom Cruise (wow!) where, at CinemaCon, writer-director Christopher McQuarrie described it as not only the biggest stunt in the film, but "by far the most dangerous stunt we've ever done."

“Your days of fighting for the greater good are over,” says Henry Czerny's Kittridge.

“This is our chance to control the truth…the concepts of right and wrong for everyone for centuries to come,” continues Kittridge. “You’ve been fighting to save an ideal that doesn’t exist, never did. You need to pick a side.”

The official title has also been revealed for the film: Mission: Impossible - Dead Reckoning - Part One.

Update: Paramount has taken down the trailer; it should be up sometime this week.

Update #2: The official trailer has been released: 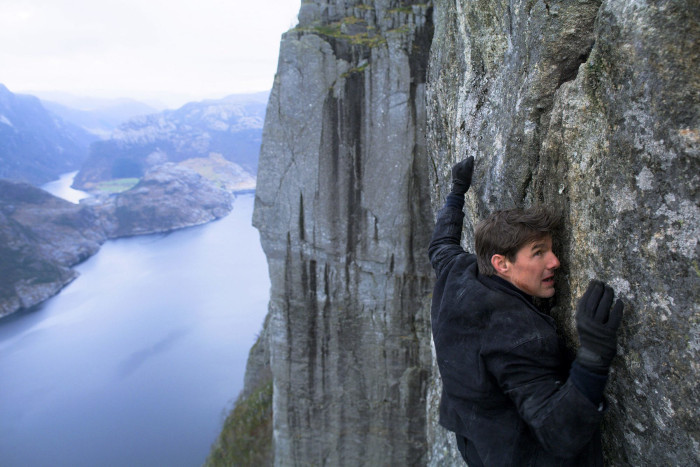