The Milla Jovovich Monster Hunter movie now has a release date as Sony Pictures announces it will bow on September 4, 2020, the start of Labor Day weekend.

Details include that Jovovich’s husband and Resident Evil director Paul W.S. Anderson is helming and writing the flick, which is based on the Capcom video game, with the movie also starring Tip “T.I.” Harris, Meagan Good, Diego Boneta, Josh Helman, Jin Au-Yeung and Ron Perlman.

Monster Hunter is described as: Behind our world, there is another: a world of dangerous and powerful monsters that rule their domain with deadly ferocity. When Lt. Artemis (Milla Jovovich) and her loyal soldiers are transported from our world to the new world, the unflappable lieutenant receives the shock of her life. In her desperate battle for survival against enormous enemies with incredible powers and unstoppable, revolting attacks, Artemis will team up with a mysterious man who has found a way to fight back.

Check out some pics: 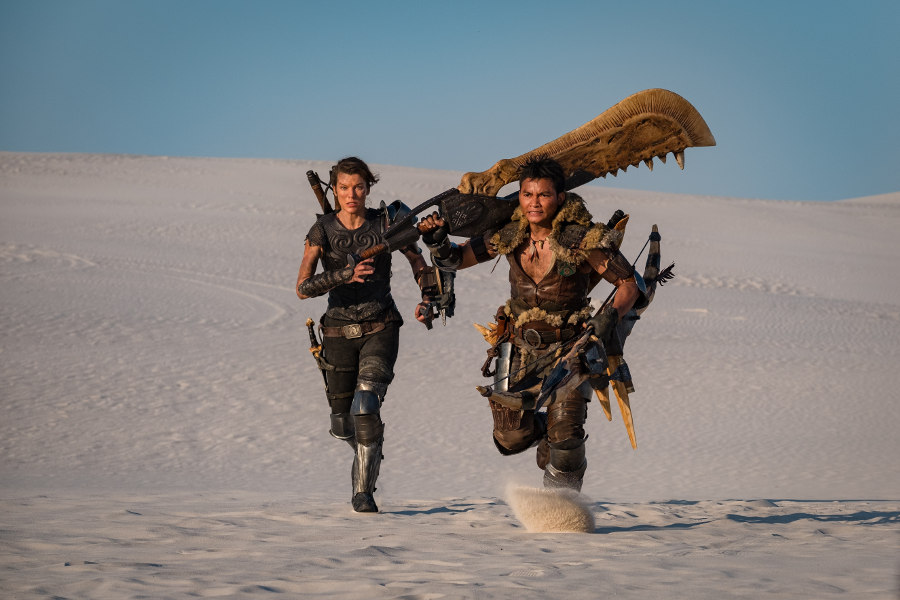 Happy Halloween from Alpha Team, not in costume this year but in UNIFORM! We didn’t get to go trick or treating but it’s a real treat to work with these incredible people on #monsterhuntermovie @meagangood @diego @iammcjin

Captain Natalie Artemis. Ranger. Monster Hunter. Just a little peek for all the @monsterhunterworld fans out there who were worried the other day. Here is Captain Artemis wearing a “slinger” on her arm. I will also post a pic at some point of some of the incredible MH weapons we’ve recreated for the film.—- #monsterhuntermovie #monsterhunterworld #tankwadiary

Alpha Team between takes. So much fun hanging with these two, the gorgeous and super talented @meagangood and the one and only @troubleman31. The days are long and exhausting out here in the desert, but it’s so worth it and we really feel like a close knit team now. @giftedtalents p.s. for fans of the game, all the armor and bone blades are gonna be in the movie too, it will all make sense when you see it! #monsterhuntermovie #monsterhunterworld #cederbergdiary