Long story short, the recent “War of the Realms” comic book event recently concluded with Thor making a new hammer where it is revealed Marvel Comics changed the wording on Mjolnir to make it gender neutral.

The previous description on Thor’s original hammer stated: “Whosoever holds this hammer, if he be worthy, shall possess the power of Thor.”

Marvel Comics changed it to now say: “Whosoever holds this hammer, if they be worthy, shall possess the power of Thor.” 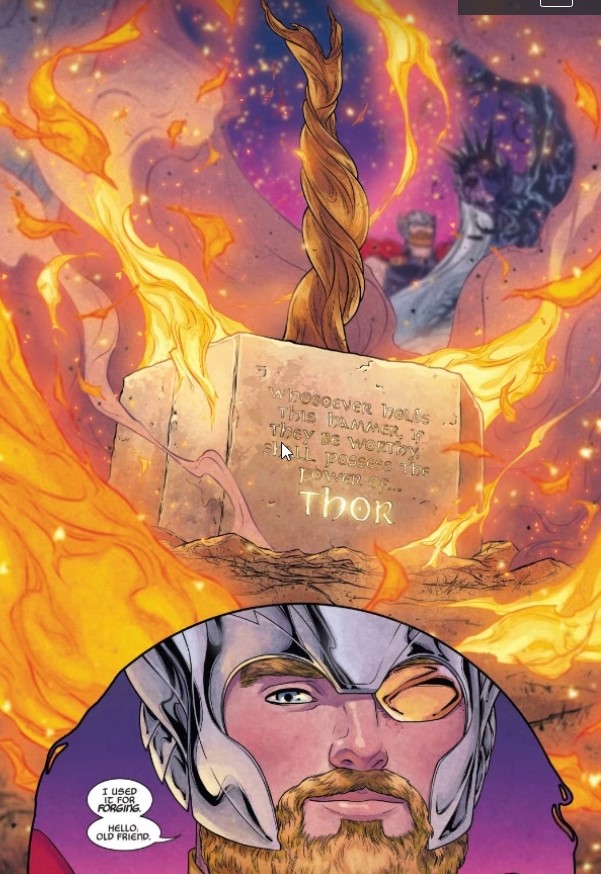 Recently also saw a producer for Marvel Studios offer that the title “X-Men” is outdated because it uses the word “men” as “there is a lot of female superheroes in that X-Men group.” It is now questioned if there will be “X-Men” in the MCU or if Marvel Studios will describe them with a different gender-neutral name (X-Them?).

The wording on Thor’s hammer with he and X-Men are meant to incorporate both male and females, I believe, much like humanity and mankind, but apparently, Disney and Marvel disagree and continue with their “new” direction.