Chadwick Boseman has passed away at the age of 43 due to colon cancer, with Disney and Marvel Studios releasing statements on the actor’s passing.

Our hearts are broken and our thoughts are with Chadwick Boseman’s family. Your legacy will live on forever. Rest In Peace.

Disney Chairman and former CEO who was in charge of Disney when all of Boseman’s Marvel movies were released also tweeted:

We are all heartbroken by the tragic loss of #chadwickboseman — an extraordinary talent, and one of the most gentle and giving souls I have ever met. He brought enormous strength, dignity and depth to his groundbreaking role of Black Panther; shattering myths and stereotypes, becoming a long-awaited hero to millions around the world, and inspiring us all to dream bigger and demand more than the status quo. We mourn all that he was, as well as everything he was destined to become. For his friends and millions of fans, his absence from the screen is only eclipsed by his absence from our lives. All of us at Disney send our prayers and heartfelt condolences to his family.

I’m absolutely devastated. This is beyond heartbreaking. Chadwick was special. A true original. He was a deeply committed and constantly curious artist. He had so much amazing work still left to create. I’m endlessly grateful for our friendship. Rest in power, King

I’m absolutely devastated. This is beyond heartbreaking.

Chadwick was special. A true original. He was a deeply committed and constantly curious artist. He had so much amazing work still left to create. I’m endlessly grateful for our friendship. Rest in power, King– pic.twitter.com/oBERXlw66Z

i will miss you, birthday brother. you were always light and love to me. my god … ✌–♥️✊– —-‍♂️ forever and ever … https://t.co/9pORaKZuQN pic.twitter.com/awX3DiTVwn

All I have to say is the tragedies amassing this year have only been made more profound by the loss of #ChadwickBoseman. What a man, and what an immense talent. Brother, you were one of the all time greats and your greatness was only beginning. Lord love ya. Rest in power, King.

It feels meaningful that we lost Chadwick Boseman on the same day as Emmet Till’s death is 1955 and MLK’s “I Have a Dream” speech in 1963.

Chadwick, you were even more of a hero off screen than on. A role model not only to me on set, but to millions of others around the world. You brought joy and happiness to so many and I’m proud to have been able to call you a friend. RIP Chadwick

Mr. Boseman leveled the playing field while fighting for his life… That’s heroism… I’ll remember the good times, the laughter, and the way he changed the game… #chadwickforever

This is hard to process. Chadwick was an incredibly elegant man with great integrity and tremendous talent. He inspired an entire generation to stand up and be king… The best way to honor him is to emulate him – show kindness and love to others. Share your talents in ways that impact. Always strive to be a light in the darkness…

Chadwick is an inspiration, a warrior with a big kind heart that I’ll never forget. I’m so deeply heartbroken by his passing. Sending love to the Boseman family … R.I.P.

Gonna miss you mate. Absolutely heartbreaking. One of the kindest most genuine people I’ve met. Sending love and support to all the family xo RIP @chadwickboseman

How do you honor a king? Reeling from the loss of my colleague, my friend, my brother. Struggling for words. Nothing feels adequate. I always marveled at how special Chadwick was. Such a pure hearted, profoundly generous, regal, fun guy. My entire job as Okoye was to respect and protect a king. Honor his leadership. Chadwick made that job profoundly easy. He was the epitome of kindness, elegance, diligence and grace. On many an occasion I would think how thankful I was that he was the leading man I was working closely with. A true class act. And so perfectly equipped to take on the responsibility of leading the franchise that changed everything for Black representation. He made everyone feel loved, heard and seen. He played great, iconic roles because he possessed inside of himself that connection to greatness to be able to so richly bring them to life. He had a heroic spirit, and marched to the beat of his own drum; hence his excellence as an artist and the incredible courage and determination as he faced life’s challenges; while still guiding us all. He was zen and sweet and funny (with the very best laugh), attentive, and truly, truly, good. I can’t even wrap my mind around this loss. A loss resonating in my own heart as well as around the globe. The children he inspired, my heart aches for them, to lose their hero just as they finally found him. I am so thankful to have taken the Black Panther journey with him. To have known him, spent time in his light and leadership and to call him forever a friend. Lala Ngoxolo Kumkani.

Before sharing my thoughts on the passing of the great Chadwick Boseman, I first offer my condolences to his family who meant so very much to him. To his wife, Simone, especially.

I inherited Marvel and the Russo Brothers’ casting choice of T’Challa. It is something that I will forever be grateful for. The first time I saw Chad’s performance as T’Challa, it was in an unfinished cut of CAPTAIN AMERICA: CIVIL WAR. I was deciding whether or not directing BLACK PANTHER was the right choice for me. I’ll never forget, sitting in an editorial suite on the Disney Lot and watching his scenes. His first with Scarlett Johansson as Black Widow, then, with the South African cinema titan, John Kani as T’Challa’s father, King T’Chaka. It was at that moment I knew I wanted to make this movie. After Scarlett’s character leaves them, Chad and John began conversing in a language I had never heard before. It sounded familiar, full of the same clicks and smacks that young black children would make in the States. The same clicks that we would often be chided for being disrespectful or improper. But, it had a musicality to it that felt ancient, powerful, and African.

In my meeting after watching the film, I asked Nate Moore, one of the producers of the film, about the language. “Did you guys make it up?” Nate replied, “that’s Xhosa, John Kani’s native language. He and Chad decided to do the scene like that on set, and we rolled with it.” I thought to myself. “He just learned lines in another language, that day?” I couldn’t conceive how difficult that must have been, and even though I hadn’t met Chad, I was already in awe of his capacity as actor.

More from Ryan Coogler at Marvel.com. 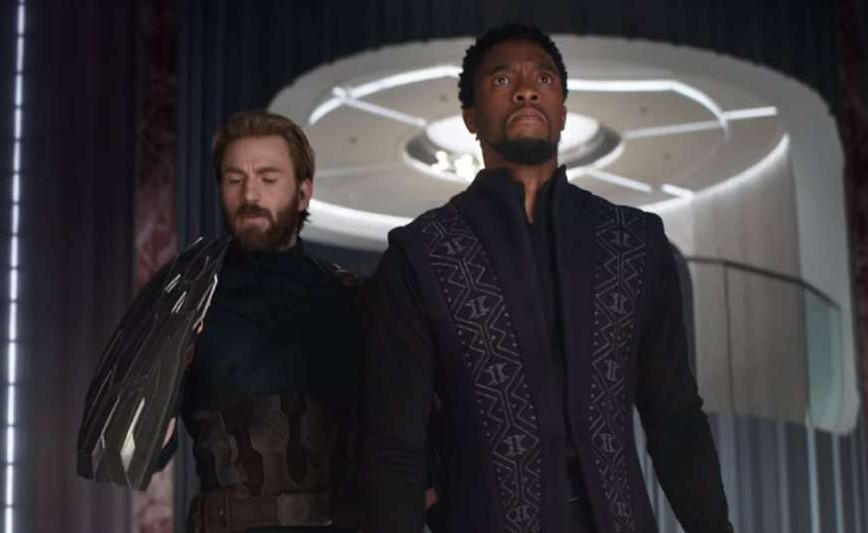 Chadwick Boseman died Friday due to stage 4 colon cancer that he was battling for the past four years, but the actor kept his condition a secret.

This past April saw fans become concerned when Boseman posted an image of himself on social media revealing a drastic amount of weight loss.

The actor first appeared as Marvel’s Black Panther in Captain America: Civil War followed by Black Panther, Infinity War, and most recently The Avengers: Endgame; he was slated to return for Black Panther 2 which has a current  May 6, 2022 release date.