Yesterday also saw Disney announce that the ride will reopen at the Anaheim park on June 16.

"This summer, join Dwayne Johnson and Emily Blunt on the adventure of a lifetime. Watch the new trailer for Disney’s Jungle Cruise and see the movie in theaters or order it on Disney+ with Premier Access July 30. Additional Fee Required," states the video desription.

Both Dwayne Johnson and Emily Blunt also offer an intro for the trailer on social media. Watch below.

Inspired by the famous Disneyland theme park ride, Disney’s Jungle Cruise is an adventure-filled, rollicking thrill-ride down the Amazon with wisecracking skipper Frank Wolff and intrepid researcher Dr. Lily Houghton. Lily travels from London, England to the Amazon jungle and enlists Frank’s questionable services to guide her downriver on La Quila—his ramshackle-but-charming boat. Lily is determined to uncover an ancient tree with unparalleled healing abilities—possessing the power to change the future of medicine. Thrust on this epic quest together, the unlikely duo encounters innumerable dangers and supernatural forces, all lurking in the deceptive beauty of the lush rainforest. But as the secrets of the lost tree unfold, the stakes reach even higher for Lily and Frank and their fate—and mankind’s—hangs in the balance.

Jaume Collet-Serra directs the film, who is also directing The Rock's Black Adam movie for DC, and the film also stars Edgar Ramírez and Jack Whitehall, with Jesse Plemons, and Paul Giamatti. The producers are John Davis and John Fox of Davis Entertainment; Dwayne Johnson, Hiram Garcia and Dany Garcia of Seven Bucks Productions; and Beau Flynn of Flynn Picture Co., with Scott Sheldon and Doug Merrifield serving as executive producers. The story is by John Norville & Josh Goldstein and Glenn Ficarra & John Requa, and the screenplay is by Michael Green and Glenn Ficarra & John Requa. Disney’s “Jungle Cruise” releases in U.S. theaters and on Disney+ with Premier Access on July 30, 2021. 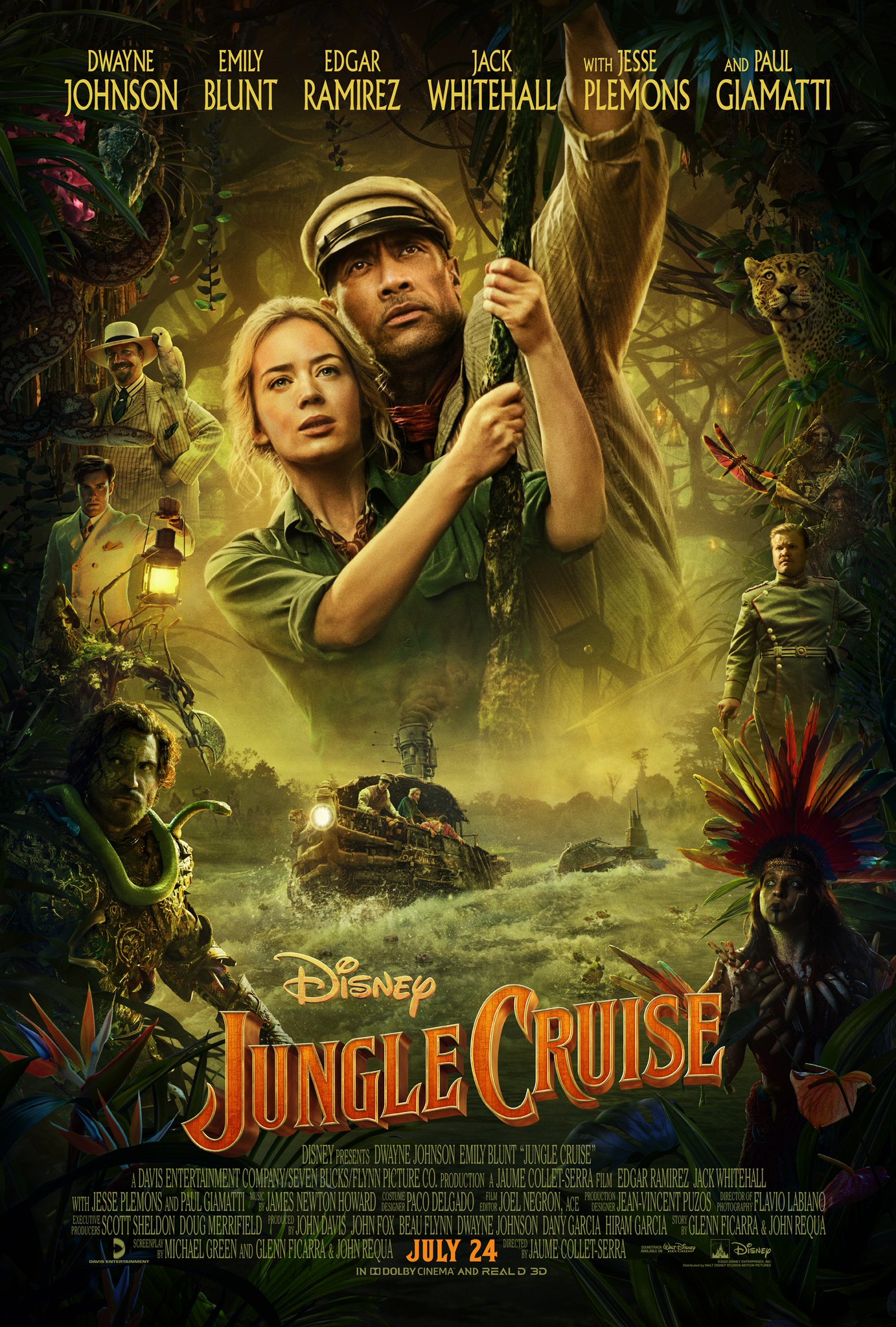