Earlier in the month a leaked Funko figure possibly revealed the true identity of the character Jude Law is playing in Captain Marvel, and it’s not Mar-vell.

The Funko figure showed the leader of Starforce as being named Yon-Rogg, who in the comics is an alien Kree military commander, a foe of Carol Danvers and Mar-vell, and who was also responsible for Carol’s transformation into Ms. Marvel.

Now further evidence that Jude Law might not be playing Mar-vell comes from the fact that an official Disney website actually had listed Jude Law as playing Mar-vell, but then removed it. An official image stated, “Jude Law as Mar-Vell, the leader of Starforce,” but then was changed to “Jude Law, the leader of Starforce.” It’s possible that the Disney employee that wrote the captions assumed Mar-vell, but then corrected the information. 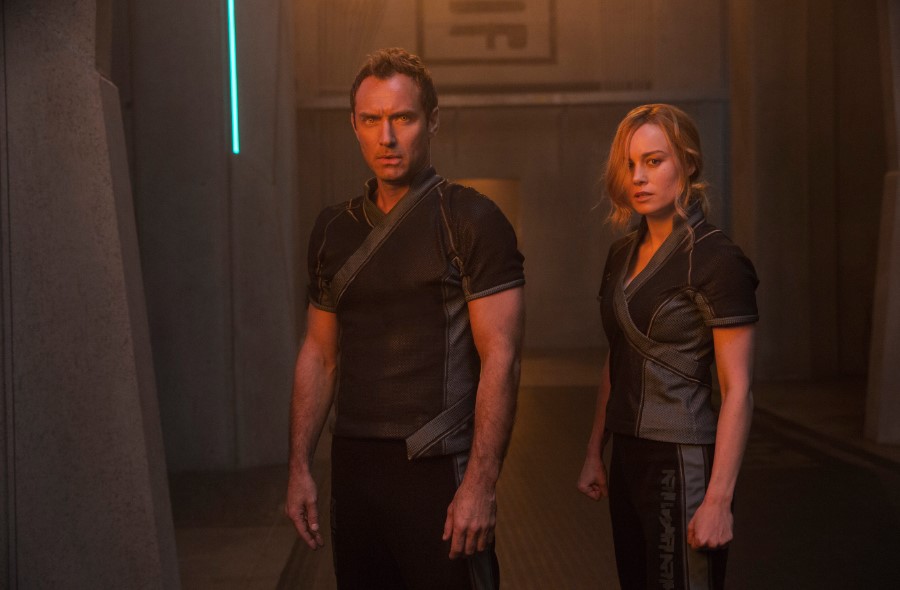 Of course, it is entirely possible Jude Law is playing Mar-vell and it was listed by mistake, with the name removed because it hasn’t been officially released.

Update: An image of a Captain Marvel figure offers Yon-Rogg as well: 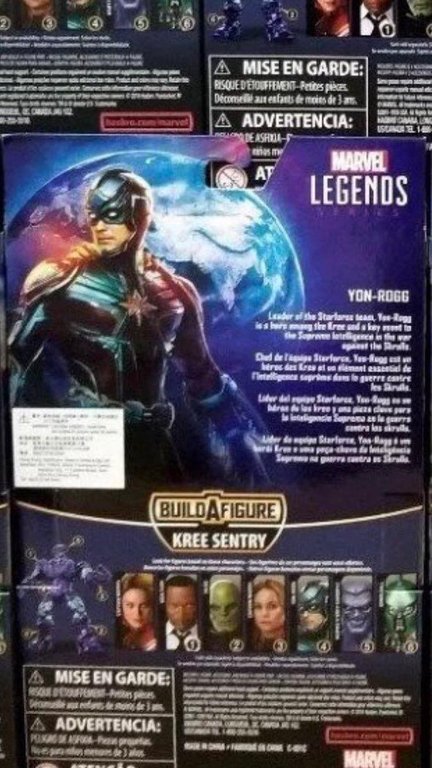 Regarding my thinking why Jude Law is not playing Mar-vell, both a writer on the movie and Kevin Feige offered they are changing the origin of Carol Danvers for the MCU.

“She’s obviously such an incredibly kick-ass character and Kelly Sue DeConnick did a great run with her story arc recently,” Nicole Perlman said back in August of 2016. “But here’s the thing,  if you were just going to do a straight adaptation of the comics, her origin story is very similar to Green Lantern, and obviously, that’s not what we want to do. There’s a lot of reinvention that needs to happen.”

With Feige offering they are “pulling some of that for inspiration,” it’s my guess that if Jude Law is playing Mar-vell, the MCU version will be some sort of mix between Yon-Rogg and Mar-vell from the comics. Jude Law looks more like Yon-Rogg than Mar-Vell as well.

If my guess is correct, I can’t say I am too happy with the result, which is another kick in the pants to cosmic fans following Gunn’s goofy Guardians of the Galaxy and Taika Waititi’s Thor: Ragnarok.

I also don’t want to see the Brie Larson Captain Marvel show up out of the blue in The Avengers: Endgame and save the day. It is already being claimed her character is the inspiration for The Avengers, which, again IMO, is just too much (huge retcon) and reaks of Disney PC interference (similar to the recent Marvel Comics that tanked big time and saw their EIC fired and replaced over poor sales and fan reception).