Donnie Yen released a cool John Wick 4 set video featuring himself along with star Keanu Reeves on his last day of filming.

The video sees Yen offer he is happy to go home to his family, with footage including gifts he received from Keanu Reeves and director Chad Stahelski.

"It’s never easy making a movie especially abroad far away from family and finally going home after four months of JW4, I like to thank Keanu and Chad for their warmest gestures, this journey has been super fun, these guys are humble, respectful, passionate film makers purely striving to make the best movie, and I really think this particular one will be very special, but for me it’s even more rewarding from this unique experience is that I’d gained genuine friendships. John Wick 4, just little bit more!" Yen posted Saturday on Instagram.

Of course, Donnie Yen is known for Star Wars: Rogue One and the Ip Man flicks, so expect to see some cool martial arts action from the actor who is said to be playing the character of Caine in John Wick 4, an old friend of Wick who is said to share the same history and enemies. Yen also has New Kung Fu Cult Master coming out and Sleeping Dogs and The Father in the works.

"Another year on the set, missing my Mrs and kids so much, but still feel fortunate and thankful! Birthday wish, less suffering and more happiness for the world!" Yen posted in July. 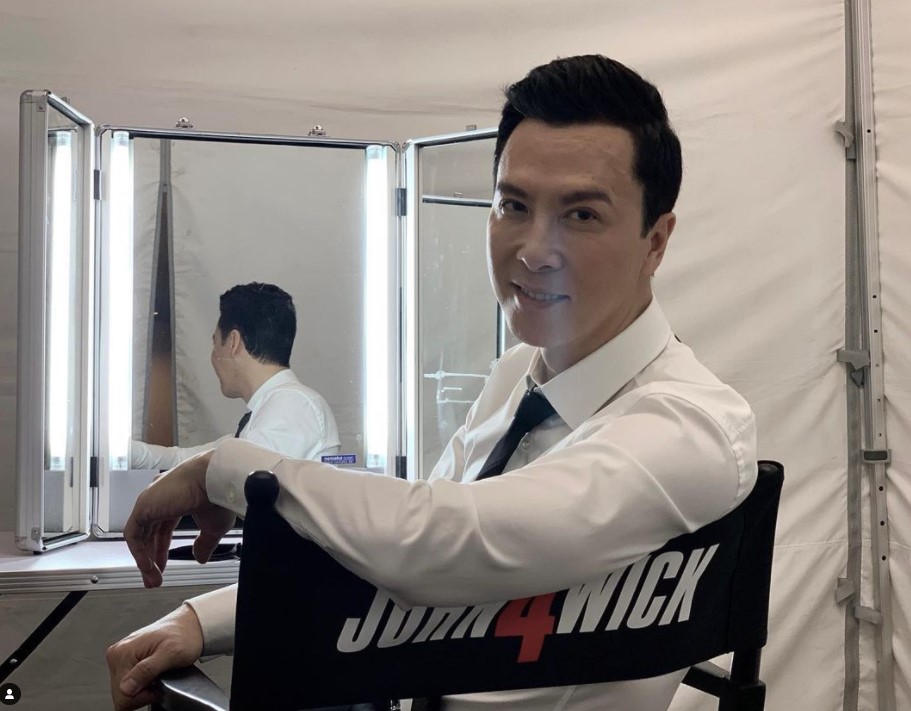