Following tickets having gone on sale, check out a new John Wick 3 clip as well as the IMAX poster.

The clip features Keanu Reeves as John Wick along with his dog trying to use a coin with the taxi driver, with the poster featuring the characters inside the Continental teasing to “check back in.” 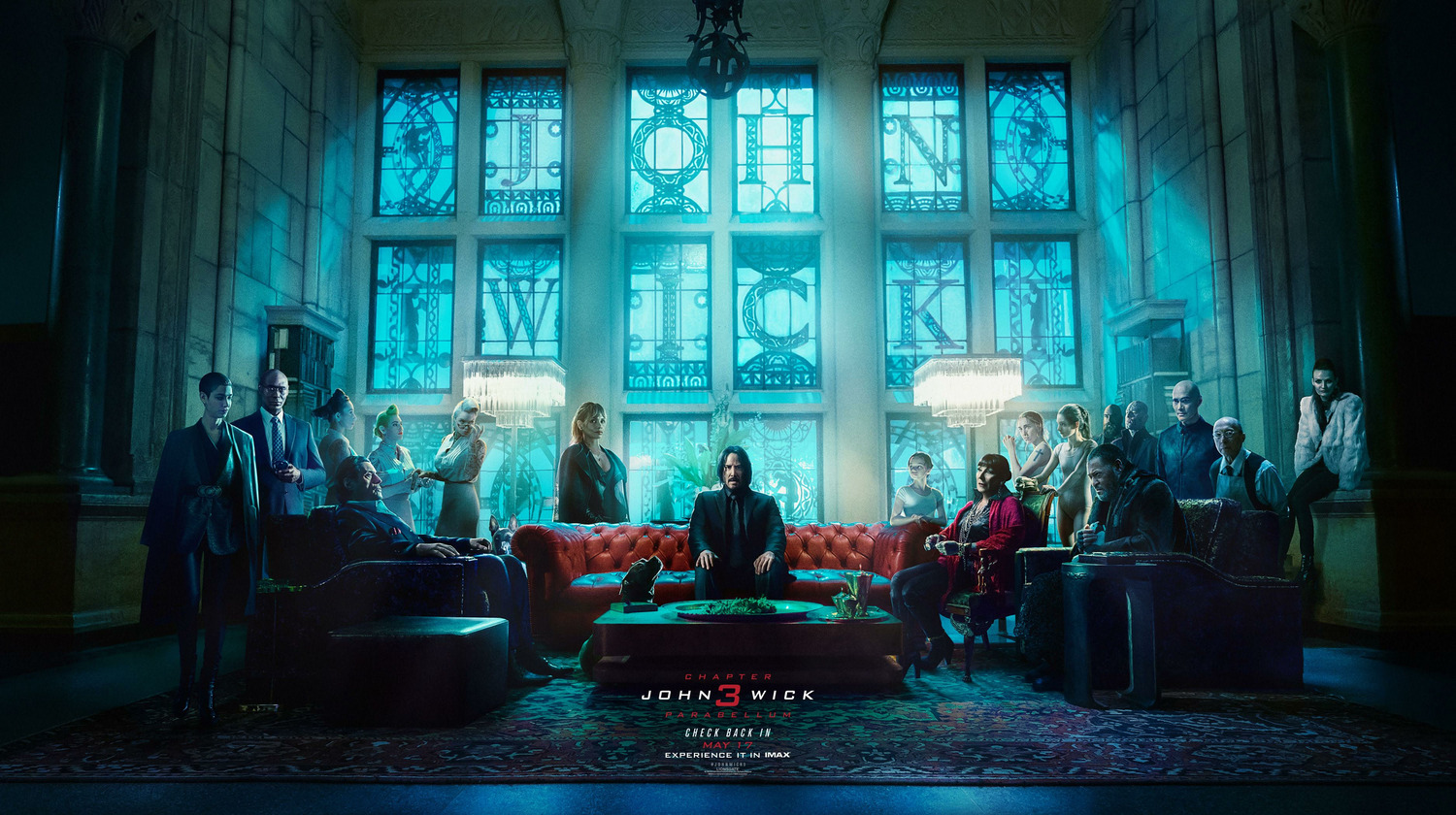