Check out Joel Kinnaman who takes to social media to offer up a pic of himself and fellow The Suicide Squad co-star, wrestler turned actor, John Cena, as the two have been working out for James Gunn’s flick.

“Lunch break on The Suicide Squad when I saw John Cena bench 4000 lbs. I thought to myself, ‘Damn.. but you know he probably can’t move that well… I’m smooth and flexible… Then he got up started stretching and did the splits,” Kinnaman posted on Instagram.

Joel Kinnaman returns as Rick Flag, with John Cena thought to be playing Peacemaker, a role previously described as: Christopher Smith, an agent of peace whose motives are driven by an extremist form of pacifism that makes him love peace so much he would kill for it.

Set pics have also offered a first look at John Cena on set with Idris Elba in prison uniforms along with Viola Davis’ Amanda Waller and more. It appears with the new mission that new recruits are required, so off Waller goes to prison to possibly offer some of them freedom if they suit up — and survive.

Joel Kinnaman and John Cena for The Suicide Squad: 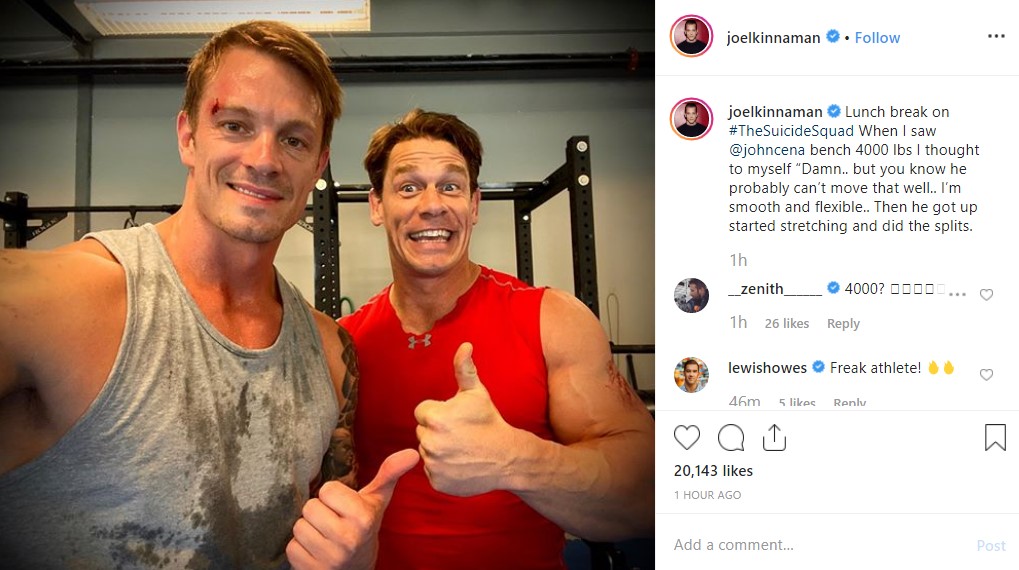