With talk of Idris Elba replacing Will Smith as Deadshot and Margot Robbie possibly returning as Harley Quinn, now a rumored list of the new team James Gunn will be using in Suicide Squad 2 is rumored including that Dave Bautista may be playing a character.

Dave Bautista, who supported James Gunn following the controversy last Summer, is said to be wanted by Gunn to play Peacemaker, aka Christopher Smith, an agent of peace whose motives are driven by an extremist form of pacifism that makes him love peace so much he would kill for it.

• Ratcatcher, aka Otis Flannegan, a super-criminal and one of Batman’s many enemies. While in the comics the character is a man, the rumor has it in Gunn’s version the character will be female: She started out as an exterminator in Gotham City before turning to a life of crime, aided by an army of small rodents she can communicate with and control. She’s also a fan of poisonous gas.

• Fan-favorite character King Shark who recently appeared in an episode of The Flash battling Gorilla Grodd is also set to be a part of the sequel. King Shark is a super-villain and humanoid shark whose father is believed to be the so-called Shark God, though others dismiss him as merely a savage mutation. 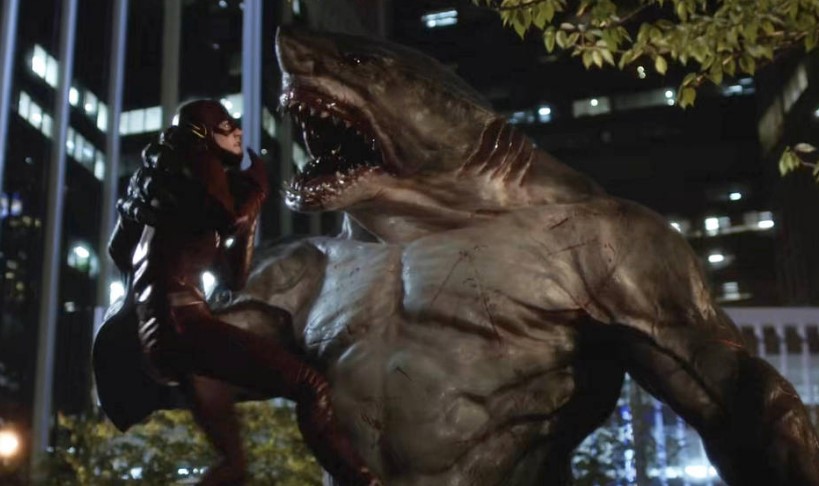 • Polka-Dot Man, aka Mister Polka Dot, is a Gotham City super-villain and like Ratcatcher, a sworn enemy of Batman. He grows multi-colored polka dots on his body that he can turn into fireballs and other weapons, even though, for the most part, he’s embarrassed about his awkward abilities.

• Regarding Deadshot, it is said the current script “positions Deadshot as a surrogate father of sorts to Ratcatcher, though the role remains open to actresses of all nationalities and ethnicities.”

The report also mentions they haven’t heard anything about whether or not Joel Kinnaman will be back as Rick Flagg or Viola Davis as Amanda Waller.