If things would have gone according to plan, Raid 2 director Gareth Evans would have directed a Joe Manganiello Deathstroke movie.

However, like a lot of things in the DCEU, things change.

In a new interview with Yahoo, Evans talks about his Deathstroke movie offering that it would have been pretty bold, grounded, and a bit Shakespearean.

"The plan was, I wanted to tell something that would be a lean story, that would be kind of an origin of that character. Something that felt like it could be 100 minutes or 110 minutes long, max – not to go over the two hour period with it,” said Evans. “We had ideas of the kind of style that we would have gone for with that, which would have married some of the more grounded style that I have but then because of the world of it, it would allow me to be a bit more flamboyant and a bit more stylized. We could have taken it in some really interesting areas.”

Evans goes on to explain that he talked with Warner Bros. about Deathstroke but actually didn't get that far with the project as the talk only amounted to a few phone calls.

“I don't know what exactly happened. I think there might have been a change of personnel, as happens quite a lot in big US studios," explained Evans. "I think that project just stopped being a priority for them. It never really went further than two or three phone calls. I've never heard anything since, so I just presumed that project was either on the back burner somewhere, or someone else might be doing it.” 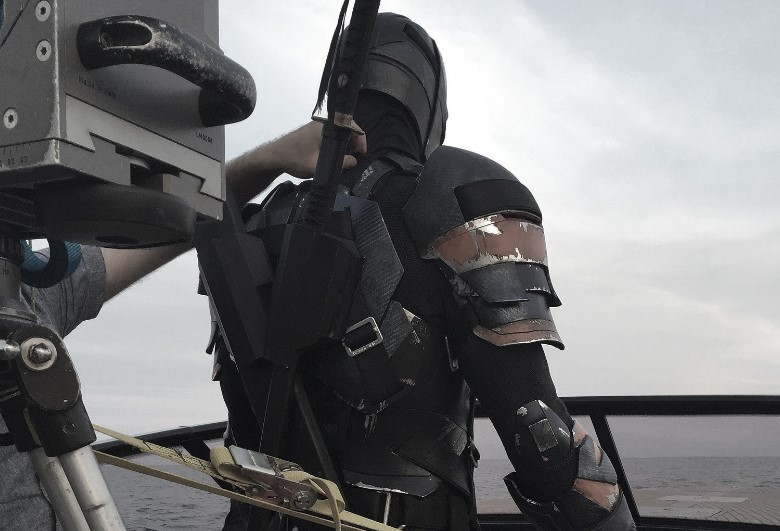 Joe Manganiello was going to star in Deathstroke and The Batman

“When I read up on it, there were about three different versions of how his character originated and nd so I thought we could do something quite Shakespearean, in terms of how he loses his eye, and how he gets created as the character that he is," said Evans. “We had some pretty bold ideas there that could have been really visceral and really fun. But, yeah, I don't know. Who knows? They might come back again in five or ten years time, you never know.”

Plans were in place to also have Joe Manganiello be the villain in the Ben Affleck The Batman movie, but with Affleck leaving the role, things continued to fall apart and the Deathstroke movie didn't happen.

Joe Manganiello first appeared as Deathstroke in the Justice League post-credit scene along with Jesse Eisenberg as Lex Luthor possibly setting up the Legion of Doom as well.