It’s learned that Joaquin Phoenix walked out of an interview about the Joker movie after a journalist asked a rather dumb question.

Joker has been surrounded by a bit of overexaggerated unneeded controversy surrounding the violence in the movie with some sites reporting how it could spark fans to mimic the violence shown in the film.

Things have gone so far that some have called for the flick to be canceled, similar to Univeral and Blumhouse’s The Hunt which featured liberal elitists hunting “deplorables” for sport. Universal ended up canceling the movie following shootings in the U.S.

Interestingly enough, Joker seems to be a liberal-inspired movie as well, as leaked subway scenes feature demonstrators holding signs that state “Fascist Wayne is to blame,” “Kill the rich,” and “Anti-Authoritarian. Ant-Capitalist. A Job is a right. Capitalism does not work for you.” 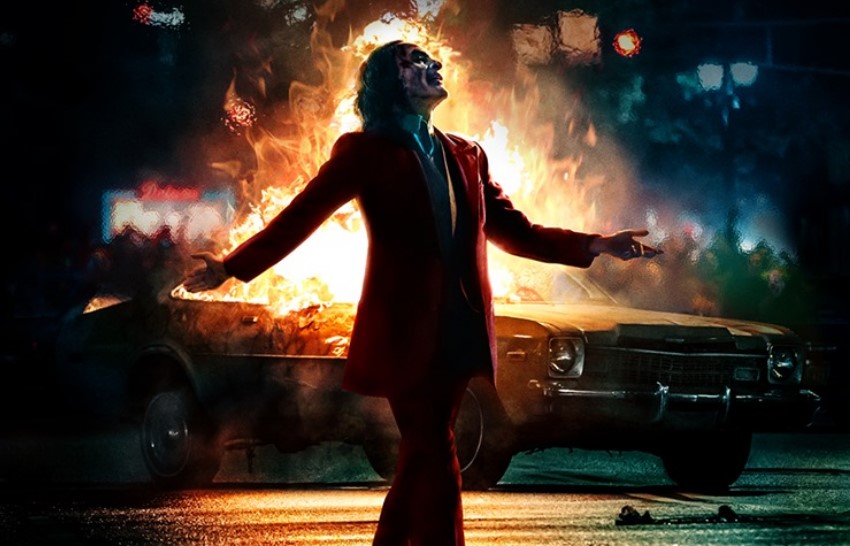 Regarding Joaquin Phoenix walking out of an interview, The Telegraph asked Phoenix if he thought scenes in the film “might perversely end up inspiring exactly the kind of people it’s about, with potentially tragic results.”

It’s reported that Phoenix then walked out of the interview but as he did so asked why would the reporter ask such a question.

Joaquin Phoenix did finish the interview as Warner Bros. PR was on hand to cool the actor down.

Obviously, the question was just to get a rouse from Phoenix and was an attempt at nabbing a headline for a clickbait story (that they got anyway).

Now regarding the potential of Joker causing violence, let’s not forget the flick is rated R – so it is intended for adults – and let’s be honest, if the movie is going to “cause” people to become violent, it’s not the fault of the movie or the actors involved, but that these people doing the violence have already something wrong with them.

I’d actually argue all these media outlets proposing Joker will cause violence is more the inspiration for the violence than the actual movie. Now, just who is at fault?

Aside from the controversy, the movie has been getting a lot of positive attention as the film has already been recommended for the Oscars and it received an 8-minute standing ovation at its world premiere. Joker also has a Fresh Rotten Tomatoes score of 75%.