Following my article about how Jim Starlin is no longer going to write the character of Thanos and how Starlin is leaving Marvel Comics, the story has now gone viral and been picked up by various mainstream news networks.

THR is the latest posting an article titled: “Thanos Creator Cuts Ties With Marvel Comics After Clashing With Editor.”

Now the creator of Thanos, Jim Starlin, has once again taken to his official Facebook page to comment on the matter with mention that his problem is with Marvel Comics editorial and not the movies (Marvel Comics and Marvel Studios are separate companies at Disney):

I just want to state again that the Disney Corporation and Marvel Entertainment have treated me exceptionally well. Plus, what I have seen of and heard about the movie has convinced me that it is going to be a simply incredible flick. My conflict is with Marvel Editorial.

In a previous statement on Facebook, Jim Starlin explained that the decision to stop writing Thanos and to leave Marvel Comics has to due with his relationship with the Senior Vice President of Publishing and an editor at Marvel Comics, Tom Brevoort:

Regarding Jim Starlin’s relationship with Marvel Entertainment (Marvel Studios), the creator of Thanos was recently invited and attended a set visit to The Avengers Infinity War, as Thanos is being played by Josh Brolin and starring in Infinity War and Avengers 4 :

This is isn’t the first time that Marvel Comics and Tom Brevoort have shunned a creator when a movie based on said creator’s work was about to be released, as Brevoort and the Marvel Comics editorial team also removed Dan Abnett and Andy Lanning off of the Guardians of the Galaxy comic that inspired the movie. 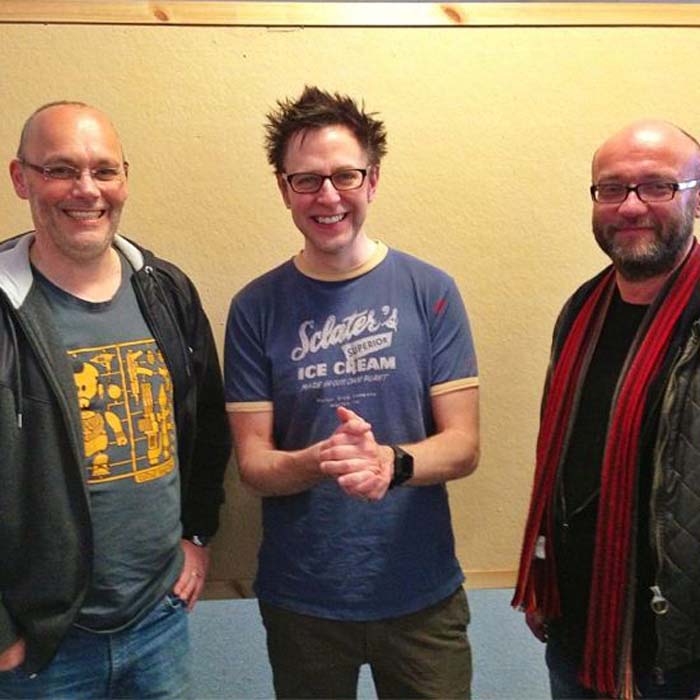 Jim Starlin does have one last story about Thanos coming out in February with Thanos: The Infinity Siblings.