A new Jared Leto Morbius poster has been released by Sony Pictures which teases that a new Marvel Legend arrives and sports the new April 1, 2022 release date.

Early last month saw Sony delay the Morbius release date as a result of wanting to keep Spider-Man: No Way Home longer in theaters due to its huge success, and Sony also recently re-released Venom 2 as well.

One of the most compelling and conflicted characters in Sony Pictures Universe of Marvel Characters comes to the big screen as Oscar® winner Jared Leto transforms into the enigmatic antihero Michael Morbius. Dangerously ill with a rare blood disorder and determined to save others suffering his same fate, Dr. Morbius attempts a desperate gamble. While at first it seems to be a radical success, a darkness inside him is unleashed. Will good override evil – or will Morbius succumb to his mysterious new urges?

Morbius is directed by Daniel Espinosa, with a screenplay and story by Matt Sazama and Burk Sharpless; producers include Avi Arad, Matt Tolmach, and Lucas Foster, with Louise Rosner and Emma Ludbrook executive producing. 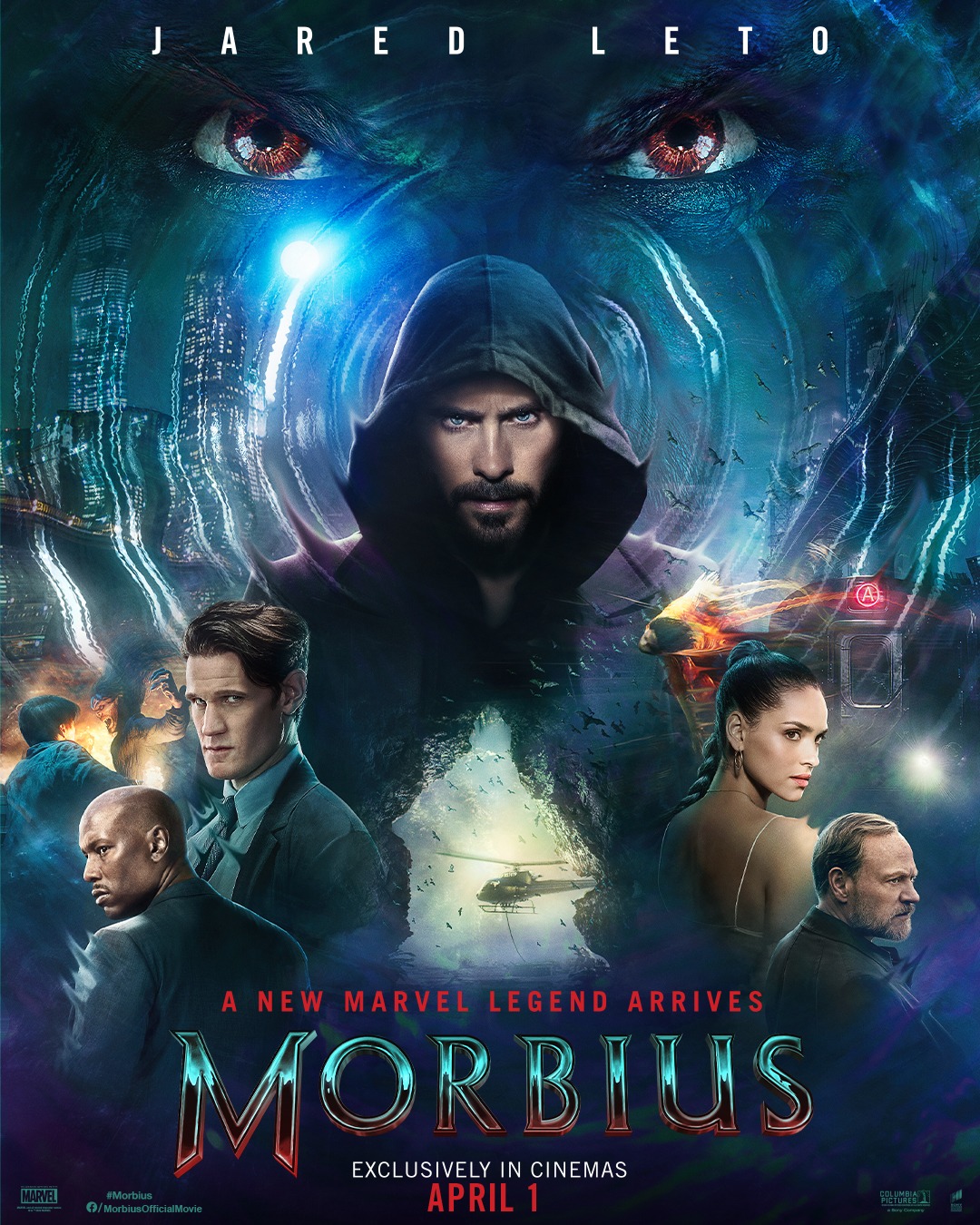