With what looks to be a success for Sony with Venom, up next in its Spider-Man shared spinoff universe is the Jared Leto Morbius the Living Vampire movie.

Sony and Venom producers Avi Arad and Matt Tolmach confirm Morbius is next and will film in February.

“Oh yeah. This is the great thing for us now, that an actor like him, and an actor like Tom [Hardy] wanted to have their own character,” Arad said. “But the character they love. Both of them, very hard to get them to do a movie. You actually cannot get them. We went in, we sat with them, and everybody told us, ‘Oh, ba, ba, ba, ba, ba.’ Nothing. That’s what he wanted to do… Tom. And Jared, too. We went to this place with them, and he just…good actors want to be different than what they are.”

It’s also made known that Burk Sharpless and Matt Sazam wrote the most recent draft for Morbius, with the pair known for the recent Netflix Lost In Space series, the Power Rangers movie, Gods of Egypt, The Last Witch Hunter and Dracula Untold.

Matt Tolmach and Avi Arad also comment on a potential R-rating, which sees Tolmach more open to, but Arad seems more against.

“…Then I think it’s absolutely possible. For sure,” Tolmach says in response to older fans potentially wanting an R-rated Venom or Morbius movie.

Arad adds, “You know what? When you hear Venom…forget Venom. When you hear, Carnage, the only thing you can think of is R. But, if you know his story, if you really know the comic, there’s no R here. He’s a tortured soul. It’s not about what he does, because we never have to show the knife going from here to there, and the blood is pouring. What you have to show is, what is the motivation? Was he born like that, or it’s someone we should feel for, because if you are succeeding to make a villain someone you can feel for, jackpot… I have grandkids, kids, whatever, all these things, and some of these movies, they’re dying to see. You know? As I took my grandson, seven, to the recording session of Venom. And he had the time of his life.”

Check out fan art of Jared Leto as Morbius the Living Vampire: 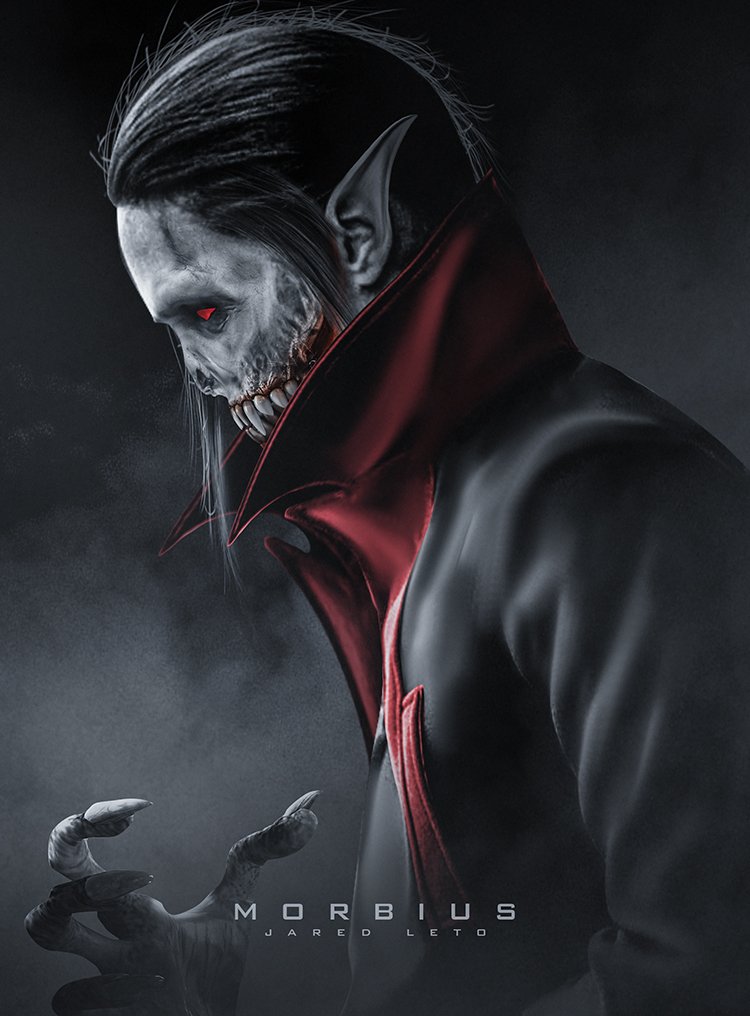