Following having started filming on Friday, James Gunn takes to social media to post an image of himself with some members of the cast of The Suicide Squad.

“Hanging out with part of #TheSuicideSquad team this weekend. What a great group of people!” Gunn posted on Instagram.

A fan also asked where Peter Capaldi is which saw Gunn reply, “In Scotland. Guys, obviously not every single cast member is in the photo.”

A fan also remarked that next year Gunn will be hanging out with the cast of Guardians of the Galaxy 3, which saw Gunn say, “I still hang out with them now.”

Mayling NG actually played the Amazon, Orana, in Wonder Woman, though it is considered uncredited, so I wonder who she is playing? 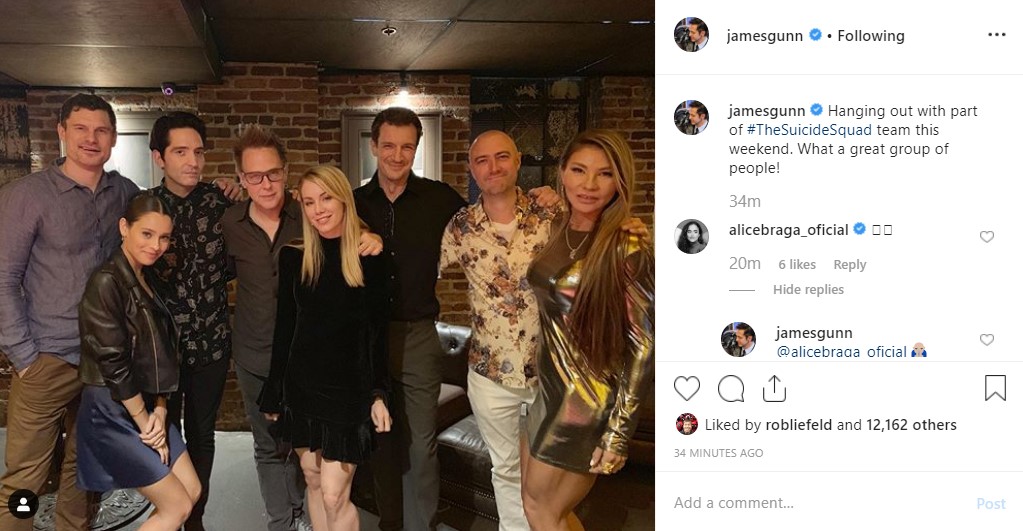 It’s unknown who the actors are playing, as Gunn previously said the rumored list of characters wasn’t exactly true, but what has previously been said is that making up the cast of The Suicide Squad includes:

Steve Agee is said to play King Shark, David Dastmalchian as Polka-Dot Man, and Daniela Melchior has been said to be playing Ratcatcher, with John Cena thought to be playing the role originally meant for Dave Bautista with Peacemaker.

The Suicide Squad gets released on August 6, 2021.