The AMC Interview With The Vampire series has cast Jacob Anderson, known for playing Grey Worm in Game of Thrones, as Louis, the vampire lead.

THR describes Louis in the series as a young man who is seduced into the world of the undead by the amoral vampire Lestat, played by Sam Reid.

It’s also noted the casting will reunite Jacob Anderson with his Game of Thrones director, Alan Taylor, who is directing the show’s first two episodes.

Details include that AMC Networks greenlit the Interview With The Vampire series in June for AMC Plus and AMC after acquiring the rights to Anne Rice’s iconic works, encompassing 18 titles including the Vampire Chronicles and Mayfair Witches series. Award-winning film and television producer Mark Johnson (Breaking Bad, Better Call Saul, Halt and Catch Fire, Rectify), who has an overall agreement with AMC Studios, is taking the lead on developing the full Anne Rice collection purchased by AMC into a streaming and television franchise and universe.

The Interview With The Vampire series is the first title in the collection to be developed for an eight-episode first season. Rolin Jones (Perry Mason, Friday Night Lights), who also has an overall development deal with AMC Studios, is creator, showrunner, and executive producer. Johnson is also an executive producer. Anne and Christopher Rice are non-writing executive producers.

The casting of Jacob Anderson as Louis doesn’t come without controversy, as in the books and movies (played by Brad Pitt), the character is Louis de Pointe du Lac from France and who is Roman Catholic and emigrates to North America at a young age where he is a slave owner, and the character is also described as “having white skin, the color of bleached bone, chin-length black hair, and brilliant green eyes.”

Maybe the AMC series is changing the story? 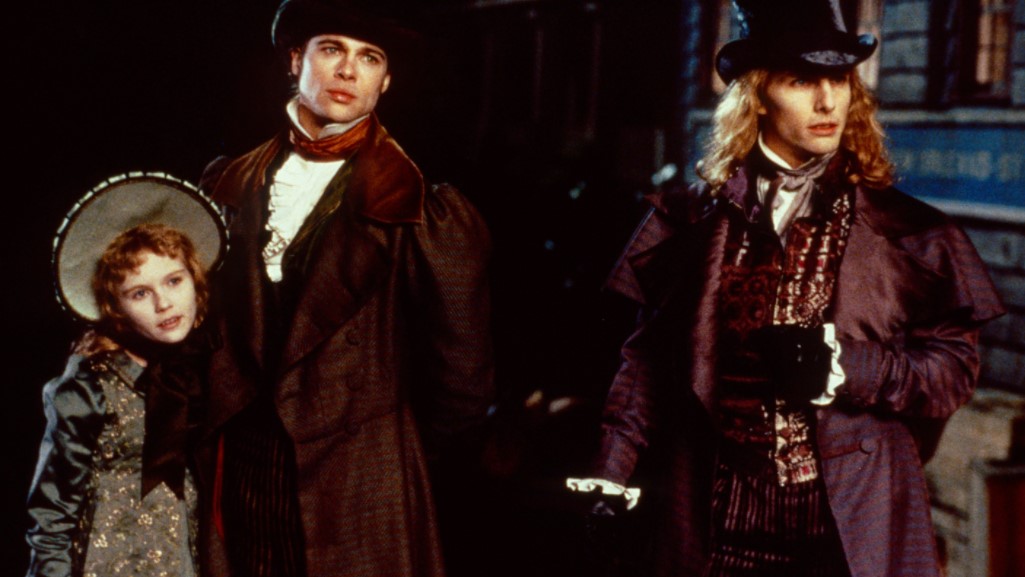 The June press release also offered the following quotes from the show creators:

“The challenge of adapting for television the groundbreaking and immensely compelling work of Anne Rice is both intimidating and exhilarating,” Johnson said in a statement. “Having previously produced films from such singular works, I recognize both the responsibility and the obligation we owe the material. I strongly believe that with AMC and Rolin Jones we are equipped to meet this challenge and to thrill and entertain both the loyal Anne Rice fan and the viewer who is just now discovering her work.”

Added Jones in a statement: “In 1973, a grieving mother and extraordinary writer began what would become the finest Vampire novel ever written (all respects to Mr. Stoker). Nearly 50 years later we know what’s expected of us. We know how much this book and the ones that follow mean to their massive fan base. We feel you over our shoulders as we tend the Savage Garden. Louis and Lestat are coming out of hiding and we can’t wait to re-unite them with you.”

“This is a day we have been looking forward to since we acquired this legendary Anne Rice collection a little more than a year ago,” Dan McDermott, president of original programming for AMC Networks and AMC Studios said in a statement. “This story already has millions of fans in the U.S. and around the world, we can’t wait to share this new interpretation of the classic brought to life by Rolin and Mark, as we continue to work on developing the entire collection. With The Walking Dead, this Anne Rice collection and our majority stake in Agatha Christie Limited through our own Acorn TV, we are proud to have the stewardship of three unique, fan-forward and beloved franchises and universes, which we are only just beginning to explore.”