The latest issue of Immortal Hulk #43 is complete trash, but what is to be expected from Al Ewing who constantly forces his politics into his writing at the cost of a quality story?

It's your typical radical left-wing agenda where instead of coming up with a story that makes sense organically, the writer has an agenda and builds the story around that said agenda.

Ewing does the same thing with Guardians of the Galaxy.

What Al Ewing did was want to make cops look bad, so he came up with the story of how Joe Fixit doesn't want to be a hero, but then he uses the bad cops to make Joe Fixit a hero.

It's the same garbage Hollywood has been spewing with utter crap like Birds of Prey, Doctor Who, Supergirl, Ghostbusters, Terminator, etc., etc.

It's a shame, too, because the issue was actually really good up until the forced-ending, where Joe Fixit is "stuck" as Banner, with Banner nowhere to be found and a lesser-powered Green Hulk able to come out.

Fixit and the Grey Hulk issues from Peter David are one of my favorite Hulk runs (sadly, David, too, also forces politically correct crap into his Hulk stories, now, about guns, but previously wrote issues of the Hulk using guns and had no problems), so I was looking forward to more from Joe, but this isn't what I want to read.

You can check out the art below where not until the last few pages does Ewing inject his agenda by having a young black kid get attacked and beaten by cops - in perfect timing with Black History Month - so Joe lets the Green Hulk out to protect his "friend" and send the cops on the run.

You can bet clowns like Ewing are the first to call the cops asking for help when they feel threatened or if there is some kind of emergency. 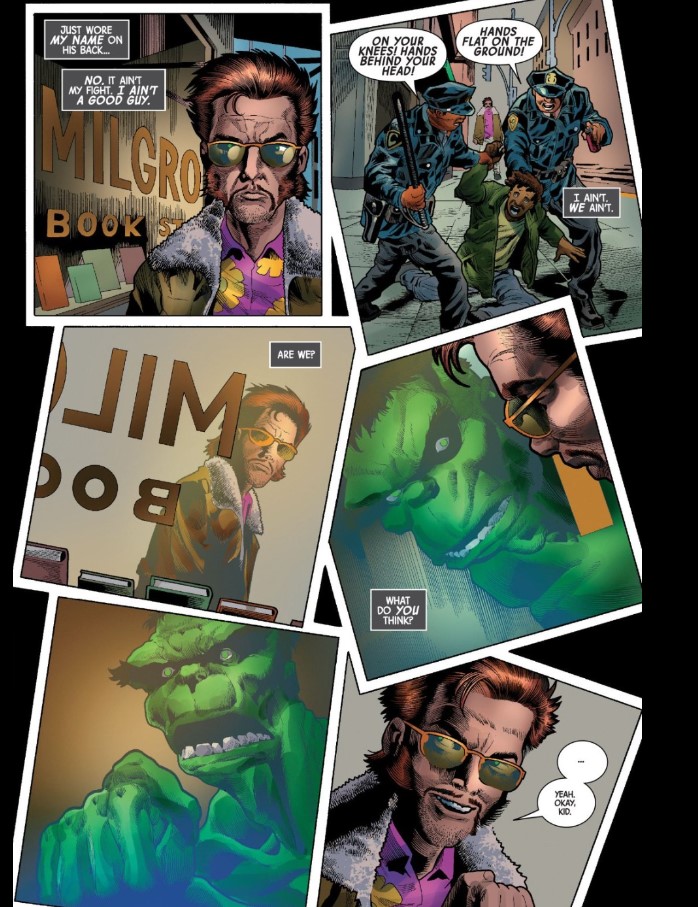 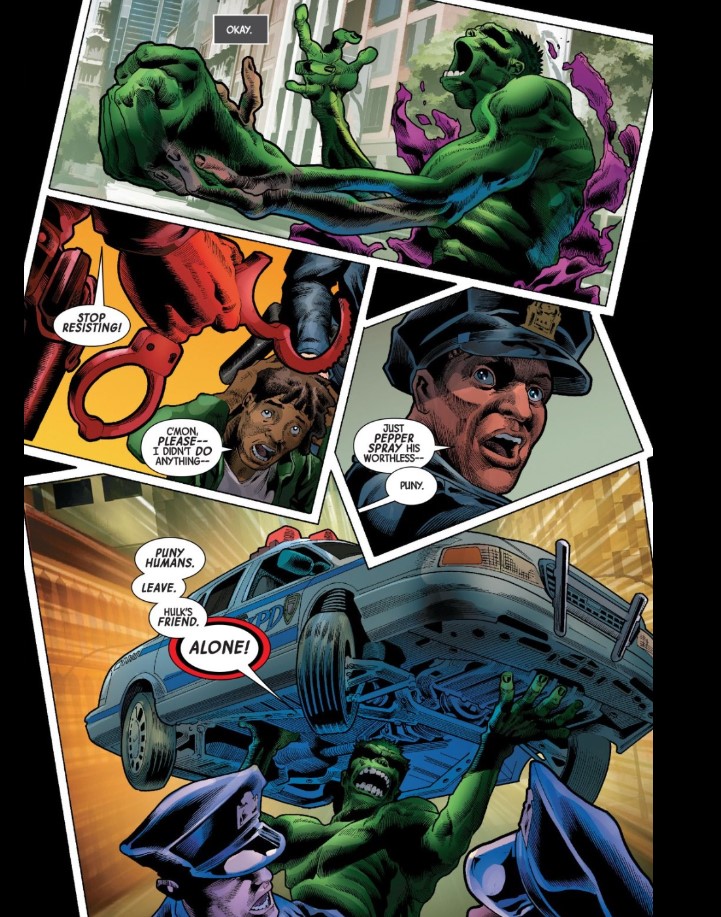 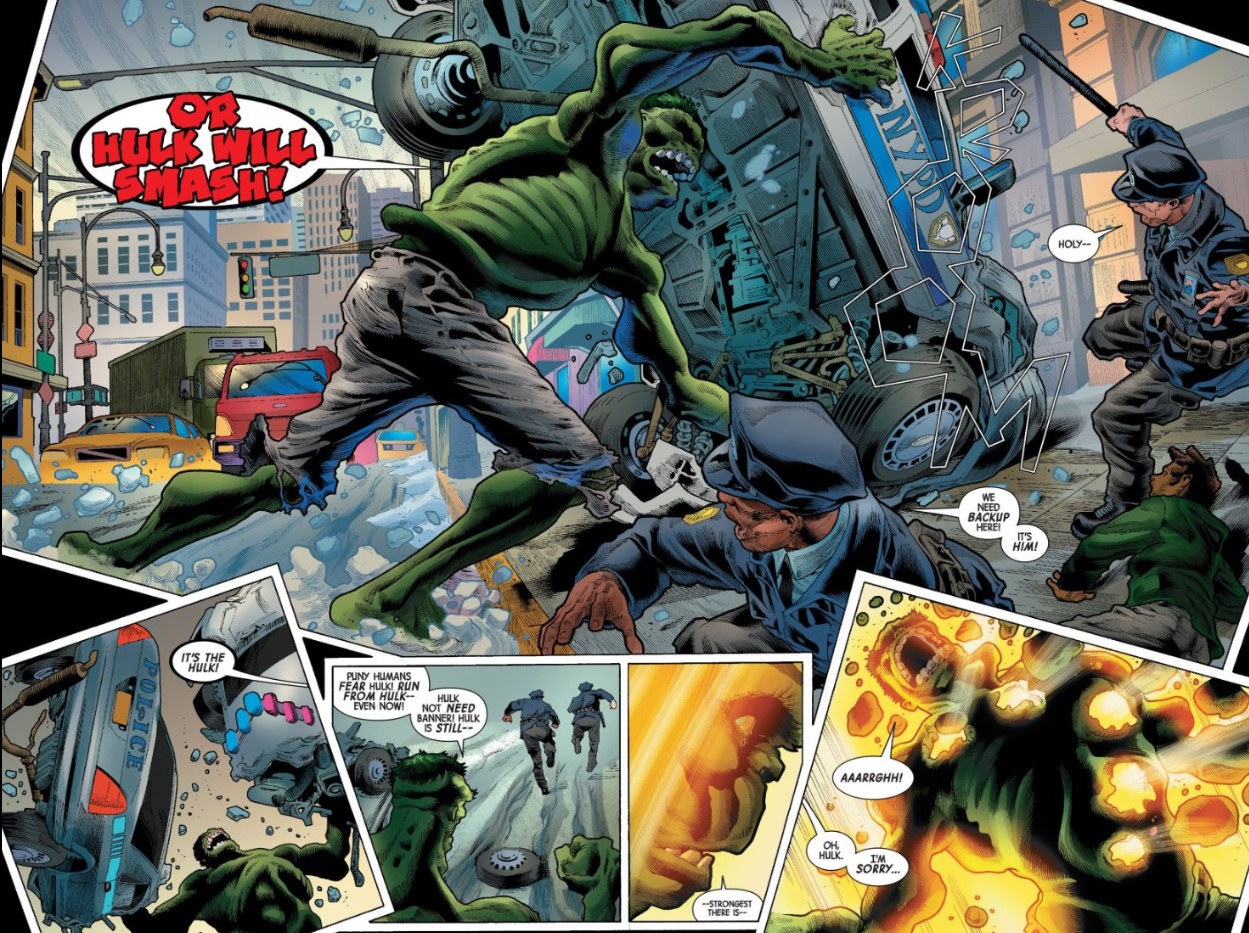 Immortal Hulk #43 also comes with a bit more controversy as a panel involves Joe Fixit buying jewelry at a jewelry store where penciler Joe Bennett included the Star of David on the window but used the text "Jewery" instead of "Jewelry."

Bennett has since apologized and claimed he simply forgot the "L," and while I think Bennett is being truthful and this isn't anything anti-Semitic, the bigger picture is that everyone involved with creating the book missed it, which means the penciler, inker, colorist and three editors on the book missed it.

I'm not surprised as Marvel Comics is filled with inept people, just look at Eternals #1.

Worth a mention is that Marvel edited the panel in digital versions. See below. 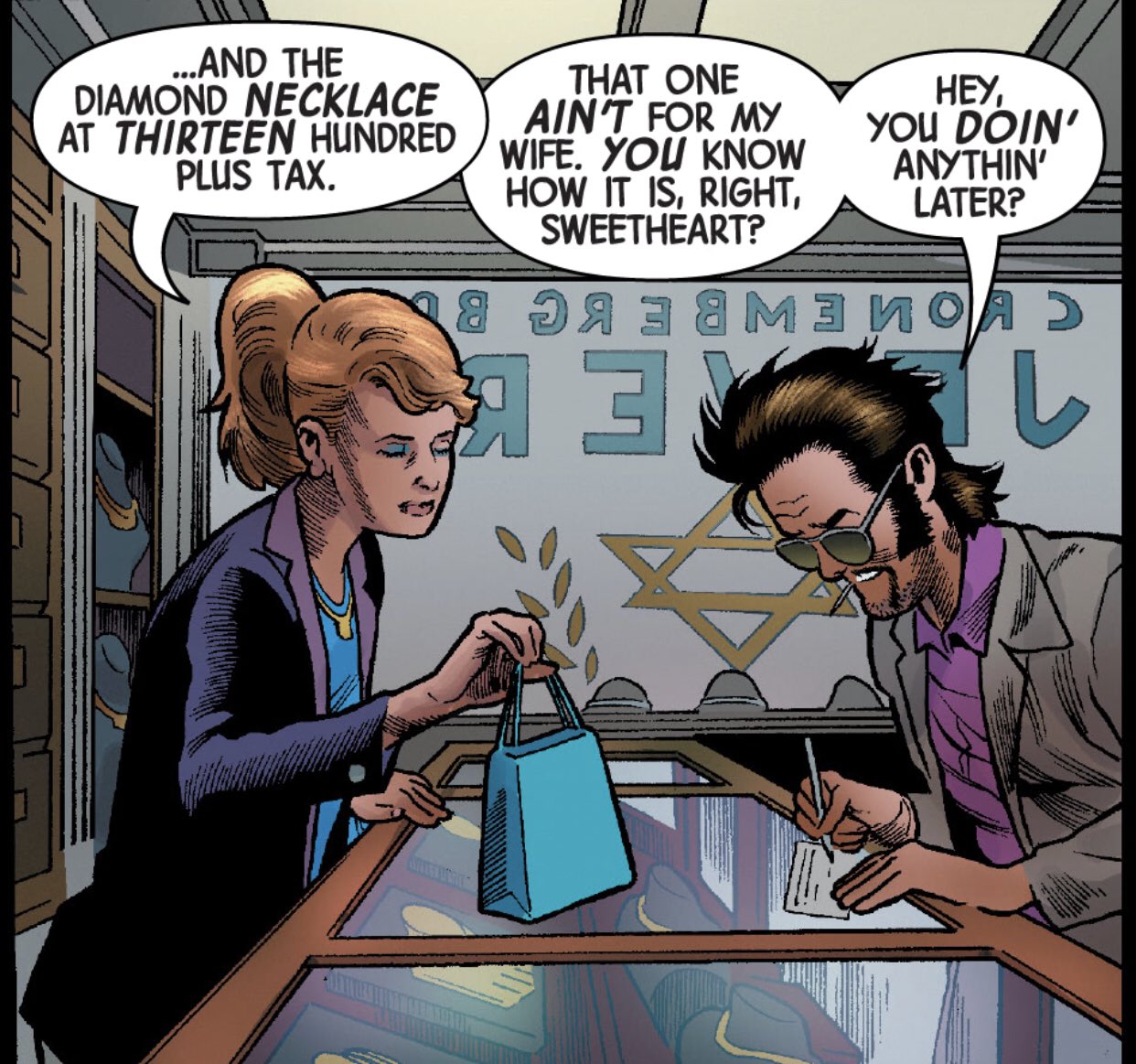 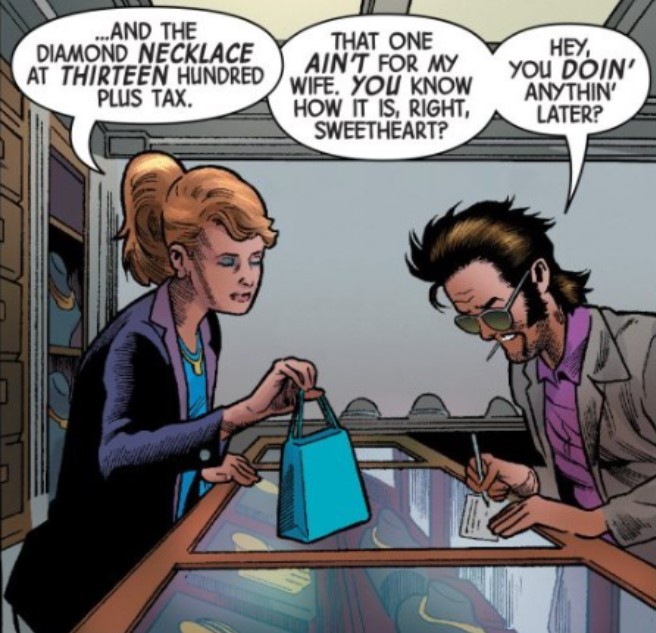