Iman Vellani visits the Marvel offices and thanks fans for all their support in regards to the release of the new Ms. Marvel trailer for the Disney Plus streaming network.

The 19-year-old-actress tears up and offers the response has been “incredible” while sporting an Iron Man Infinity Gauntlet.

“June 8th. It’s gonna be great,” she says. Watch the trailer below.

Ms. Marvel herself, Iman Vellani, stopped by @MarvelStudios after the debut of the #MsMarvel trailer! pic.twitter.com/jhXsobIJcB

Marvel Studios’ Ms. Marvel is a new, original series that introduces Kamala Khan, a Muslim American teenager growing up in Jersey City. An avid gamer and a voracious fan-fiction scribe, Kamala is a Super Hero mega-fan with an oversized imagination—particularly when it comes to Captain Marvel. Yet Kamala feels invisible both at home and at school—that is, until she gets super powers like the heroes she’s always looked up to. Life gets better with super powers, right? 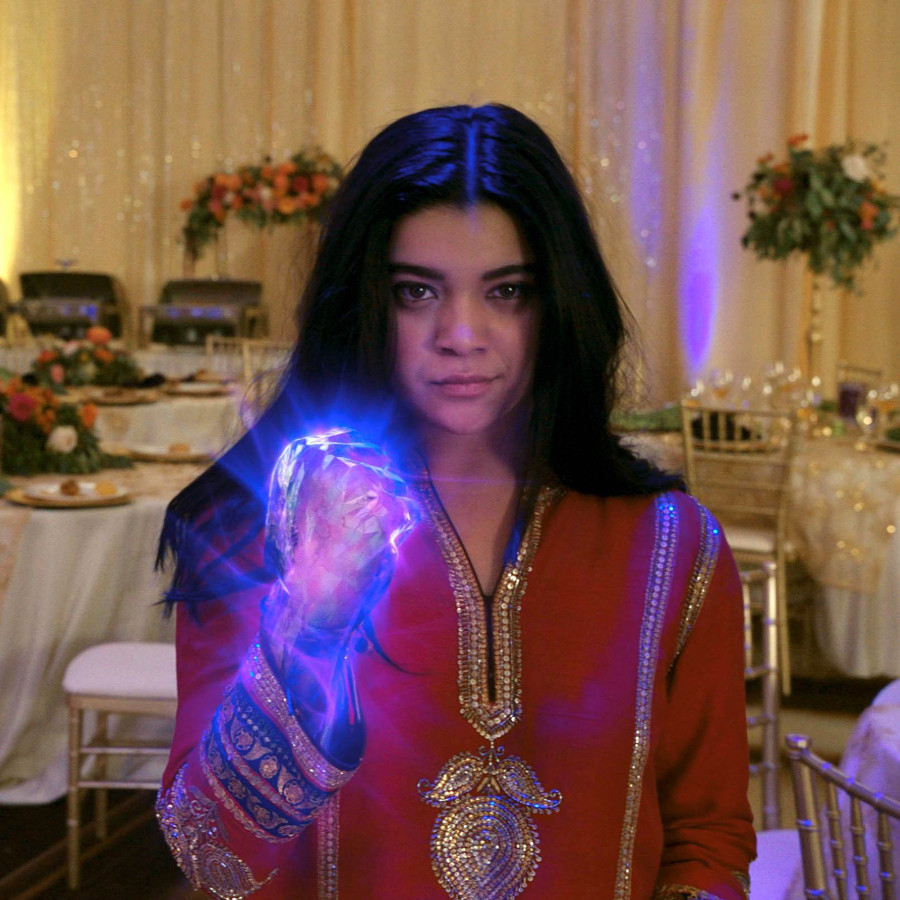